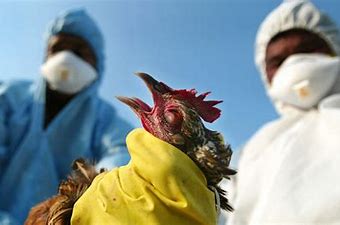 If you are a resident of Illinois, the Illinois Department of Natural Resources (IDNR) recommends you put away bird feeders and wash out birdbaths at least until May 31. A nationwide outbreak of the avian flu is creating lots of uncertainty and confusion for officials across the country. Avian flu is affecting the price of eggs and poultry.

Maybe you’ve noticed the spike in a carton of eggs in the grocery store. Or, empty spots in the meat case where packages of chicken are displayed. You can thank the avian flu for that, as well as Bidenflation. Normally, in times of inflation and high grocery costs, consumers purchase eggs as a cheaper alternative protein source. Count yourself lucky now if you find cheap egg prices.

Besides cleaning any bird feeders and birdbaths that can not be taken down, Illinois officials are asking that any discovery of five or more dead birds or sick and/or dead bald eagles be reported immediately. This request isn’t limited only to Illinois, though, as the highly pathogenic avian influenza (HPAI) has spread across the country and affects commercial flocks and wild birds. Earlier this month, at least three bald eagles were found dead on the Georgia coast.

In Cook County, more than 200 birds died in what health officials said is an expected case of the rapid spread of HPAI.

As of April 22, the U.S. Department of Agriculture is reporting more than 31 million birds with HPAI across 29 states, including 229 flocks.

In Illinois, about 80 birds are confirmed with HPAI.

The last major avian flu outbreak in the U.S. was from December 2014 to June 2015. At that time, more than 50 million chickens and turkeys either died from HPAI or were destroyed to stop its spread. During that outbreak, chicken breast prices increased 17%, according to agriculture data company Gro Intelligence.

A rise in chicken prices has been noted for several weeks.

The price of chicken breasts this week averaged $3.63 per pound at U.S. supermarkets — up from $3.01 a week earlier and $2.42 at this time last year, the Agriculture Department says.

This week an outbreak was confirmed at a commercial flock in Nebraska, causing 570,000 broiler chickens to be destroyed. In Delaware and Maryland, more than two million birds at commercial poultry flocks have been affected.

In South Dakota, an outbreak last week led to the killing of 85,000 birds. An outbreak confirmed March 14 at a commercial operation in Wisconsin meant more than 2.7 million egg-laying chickens were killed.

The latest data from the USDA show 59 confirmed sites of avian flu across commercial and backyard flocks in 17 states since the start of the year. That figure includes chickens, turkey and other poultry.

The USDA identified a case of avian flu in a wild bird in mid-January in the United States. Wild birds can spread the virus to commercial and backyard flocks. By Feb. 9, the virus had been identified in a commercial flock in Indiana. Since then there have been hundreds of confirmed cases of wild birds infected with avian flu.

The risk to human beings is very low. It is not transmitted to humans through cooked food. The CDC said that avian flu is caused by influenza viruses that occur naturally among birds. The highly contagious H5N1 variant is deadly to domestic fowl such as chickens. It can sometimes be transmitted from bird to human but that is rare. The only way to stop the spread of HPAI is to kill the infected birds. Farmers have been culling their poultry flocks to avoid the virus. Federal rules require that birds be killed as a preventive move. According to CDC, 17 million birds in the U.S. have already been killed to control avian flu. That is driving up prices for consumers.

The average weekly price of large eggs is up 44% compared to last year, according to the USDA. The current price per dozen was between $1.00 and $1.99 in 34 states in March. In Alaska, California, Hawaii, Louisiana, and Vermont, the price of one dozen eggs equaled or exceeded $2.The average USDA benchmark price for eggs in 2021 was 84.3 cents per dozen.

The U.S. Department of Agriculture recommends that chickens be moved indoors to protect against the disease, but while some are keeping their hens inside, not everyone agrees.

John Brunnquell, the CEO of Indiana-based Egg Innovations, which contracts with more than 50 farms in five states to produce free-range and pasture-raised eggs, said any of his chickens in states with bird flu cases will stay in “confinement mode” until the risk passes.

“We will keep them confined at least until early June,” Brunnquell said. “If we go four weeks with no more commercial breakouts then we’ll look to get the girls back out.”

Commercial free range chickens make up a small percentage of sales, though advocates are willing to pay a premium price. Farmers want to be honest about what is happening so consumers can make their own decisions. The price of eggs is up and that will affect prices for other items like baked goods.

For U.S. consumers, it means the free-range eggs they buy at a premium price could come from a chicken being temporarily kept inside. But producers say they think people who pay more for pasture-raised or free-range eggs have animal-welfare concerns and don’t want the chickens to be endangered the virus.

Brunnquell also noted that the certification agencies monitor farms to ensure they don’t use bird flu as an excuse to keep birds inside too long.

Eggs of all kinds have grown costlier recently thanks to bird flu concerns and a national spike in food costs.

Last week, prices for conventional eggs increased by 40 cents per dozen to $1.47 while cage-free egg prices rose 3 cents to $2.40 per dozen, according to the USDA. Organic eggs, which are from chickens required to have access to the outdoors, were selling for a national average of $4.39 a dozen last week, up from $3.65 the week before.

The price of eggs used by bakeries and other food products soared to a record high on April 8.

2022 really isn’t getting any better than 2021. Let’s hope this round of avian flu disappears quickly.