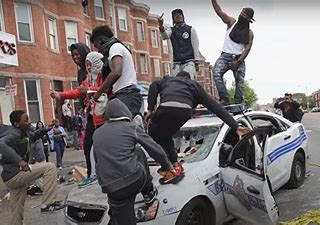 Recently I wrote about a Black mom who took her young daughters to Sesame Place in Philadelphia to celebrate the fourth birthday of one of the girls. During a parade of characters, the character Rosita appeared to snub the two little girls when they reached out to her. The White kids standing next to them received high fives from Rosita. The story quickly went viral, aided in no small part by the mother who is a digital strategist. Her initial post on Instagram received millions of views. The mother got an attorney and is looking at suing the theme park. That incident happened on July 17. Since then other lawyers and public figures have weighed in and the story has grown to include other Black families who now claim to have been racially discriminated against.

On Wednesday, Quinton Burns from Baltimore filed a $25 million federal civil rights lawsuit. His complaint goes back to June 18. He hopes to make it a class-action lawsuit.

The lawsuit, filed in the U.S. District Court for the Eastern District of Pennsylvania, alleges that four unnamed employees dressed as various Sesame Street characters ignored Quinton Burns, his daughter Kennedi Burns and other Black guests during the meet-and-greet on June 18.

It says other Black guests also had their 14th Amendment rights violated on other instances, and the alleged discrimination targeted “several different Black children on different days” and involved the characters ignoring Black children “while openly interacting with similarly situated White children.”

Sesame Place Philadelphia issued three apology statements, the first explaining the character had difficulty seeing in the costume, was gesturing no to a parent’s repeated requests to hold a child for a photo, which is not permitted, and that the character did not intentionally single out any guests. The second apology promised equity training for its employees.

The third apology came after the Brown family, joined by their lawyer B’Ivory Lamarr and activist Tamika Mallory of Until Freedom, hosted a press conference in New York City last week.

If the name Tamika Mallory sounds familiar it is because she was one of the organizers of the 2017 Women’s March and she is a Black Lives Matter activist.

Mr. Burns also has video of the slight shown to this daughter and it was played yesterday during a press conference conducted by his lawyer. The lawsuit says since the Burns family and others paid admission, they entered into a contract with SeaWorld. They say they are entitled to all of the entertainment offered at Sesame Place, including the Meet and Greets with the costumed characters, including the four listed in the lawsuit – Elmo, Ernie, Telly Monster, and Abby Cadabby. The employees wearing the costumes are referred to as John Does. The lawsuit claims the characters “intentionally, wantonly, and publicly discriminated” against the Burns family and others based on race. The lawsuit even claims that” SeaWorld had actual knowledge of their “personal beliefs of racial bias toward Black people” and their “propensity to discriminate against Black people based on their race or color.”

The lawsuit claims that the plaintiffs suffered damage to their civil rights, economic damages and have or will incur non-economic damages including “humiliation, embarrassment, mental anguish, psychological stress, depression, anxiety, loss of self-respect, post-traumatic stress, damage to their physical health, and loss of life and/or professional opportunities.”

The lawsuit demands SeaWorld issue an “unconditional apology to Class Members and Black America.” It also asks that SeaWorld be ordered to implement “rigorous mandatory cultural sensitivity training for agents and employees, so they can better recognize, understand, and deliver an inclusive and equitable experience to all members of the public irrespective of their race.”

The filing says the park must implement “state of the art psychological screening methods” to vet potential agents or employees “to avoid hiring racially bigoted employees,” and well as mandatory educational courses “on the history of discrimination against Black people in American provided by a mutually agreed nationally acclaimed expert in the field of African and Black History and Culture.”

Sesame Place will review the lawsuit and respond accordingly.

In response to the new lawsuit Wednesday, Sesame Place said, “We will review the lawsuit filed on behalf of Mr. Burns. We look forward to addressing that claim through the established legal process. We are committed to deliver an inclusive, equitable and entertaining experience for all our guests,” according to a statement obtained by FOX 29 Philadelphia.

Why was the Burns family alleged discrimination kept quiet until now? Was it because the first complaint went viral and the Burns family decided to cash in on that? Since the Burns family is looking to turn it into a class action lawsuit and bring in other alleged victims of racial discrimination in the theme park, it allows them to seek a big payday. Demanding a say in which “nationally acclaimed expert in the field of African and Black History and Culture” is chosen seems like overkill on their part. They may chose to patronize the park or not but the family is not the park’s management team.

It will be interesting to see how this second complaint, now a lawsuit, turns out. “We’re here to make sure that justice is done to the families who did not have the experience at that park that they paid to get,” attorney Billy Murphy, who’s representing the Burns family in its class action suit, said at a press conference Wednesday. “And the reason they didn’t get the experience they paid and contracted to get is because of their race.”

We don’t know if the employees dressed as Sesame Street characters are Black or White or Asian or any other racial makeup. We don’t know that any slights shown to Black children were intentional or just something that happens in the chaos of a parade of characters. Sesame Park is adjusting its training accordingly, it says. Sometimes mistakes are just mistakes, no racial insensitivity behind it. Something just doesn’t smell right about this second complaint. It feels like it’s just piling on after a weak spot is found, especially since it reaches back to 2018.