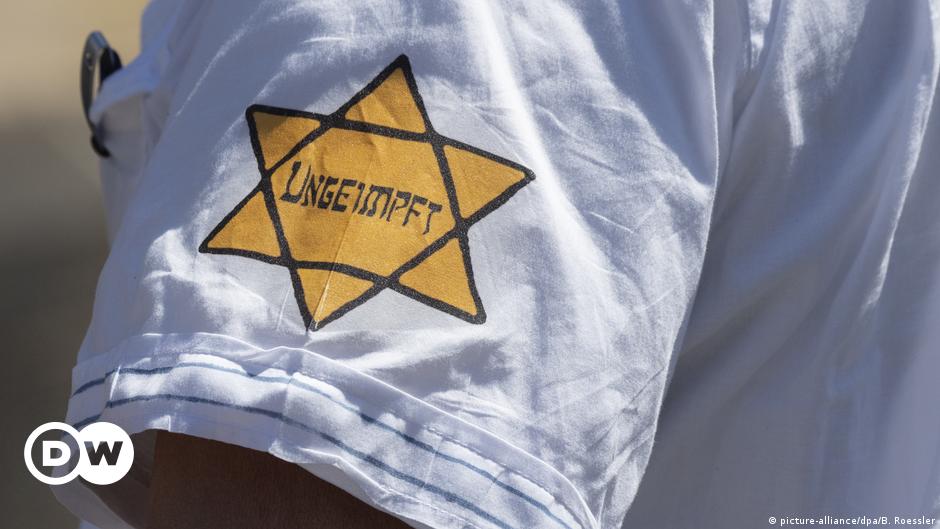 Anti-lockdown protesters have been seen wearing the yellow badge in Germany in opposition to government plans to offer more freedoms to those who get vaccinated against COVID-19.

Demonstrators changed the label inscription on the yellow badge to “unvaccinated,” claiming Germany’s coronavirus policy draws comparisons to the persecution of Jews during the war.

Klein warned that such actions relativize the Holocaust. During World War II, Germany made wearing the Star of David badge obligatory throughout territories they occupied. Jews found without one faced a fine, prison or death.

“If people pin so-called Jewish stars on themselves in demonstrations, thereby drawing comparisons that relativize the Holocaust, then the means provided by law should be applied against them,” Klein told Germany’s Tagesspiegel newspaper in an interview.

Anti-Semitic crimes on the rise

The commissioner called on cities to follow Munich’s example. The southern German city has already made the wearing of the star during protests illegal.

Klein also noted that anti-Semitic offenses in Germany surged to a new high of 2,300 last year.

He said the figures was frightening but unsurprising, as in times of crisis people were more open to “irrational explanations, including anti-Semitic stereotypes” from all ends of the political spectrum ranging from the far right, conspiracy theorists as well as by the left.

Democrats:get vaccinated or get fired from your job