Roce Today – Politics, Opinions, Gun Rights,Pro-Life and Border Wall
Home Politics Being a felon doesn’t disqualify you from the presidency 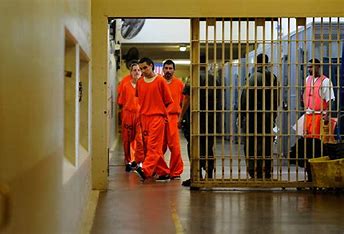 But if the feds had just searched my home and a friend of mine suddenly took to reminding people that being a felon doesn’t disqualify you from blogging, I’d pull him aside and say, “You’re not helping.”

I was chatting with a relative who’s a Trump fan (and avid Fox viewer) this past weekend and he flagged one of the statutes listed in the Trump search warrant as evidence of nefarious intent. That statute states that anyone convicted of unlawful removal of a federal record “shall forfeit his office and be disqualified from holding any office under the United States.” This is how they’re going to try to stop Trump from running again, he warned me.

Which made me pause and think: “Would you actually vote for him again if he was convicted of a felony?” Although I knew the answer.

I told him that the statute won’t stop Trump from running even if he’s charged (unlikely) and convicted (more unlikely). Hannity’s analysis is correct.

“Being a felon is not a disqualification,” Hannity said. “So even crimes potentially far more serious than what is being alleged, potential mishandling of classified information, doesn’t stop somebody from seeking the presidency.”…

“If they think that they’re going to somehow make this about Donald Trump and prevent him from running from office, well they obviously have not read something called the Constitution,” Hannity said. “Because the Constitution is pretty clear on what qualifies one to be able to run for president.

“In other words, even if Section 2071 in the federal penal code has penalty provisions upon the conviction that a defendant shall forfeit his office and be disqualified from holding any office under the United States,” Hannity continued. “OK, but we do have something called the Constitution. And the qualifications for one to be president of the United States that is very clear and enumerated. And you can’t alter it by any statute precisely because our framers in their wisdom didn’t want the executive branch dominated by the legislature, as would happen if Congress could disqualify any incumbent or potential president simply by passing a law.”

Well, Congress can also disqualify any incumbent president by impeaching and convicting him, which requires no more votes than it would to pass a bill disqualifying him and then overriding his inevitable veto of that bill. The Framers *did* want the legislature to be able to drop-kick the executive out of office if circumstances arise that make it urgent for them to do so. Although, in practice, as we saw last year, there are no circumstances so dire that Congress’s civic obligation to remove the president will override modern American partisan tribalism.

As for the rest of Hannity’s point, it’s true. The Constitution’s qualifications should be the final word on eligibility. Never mind that it’s deeply weird that, per the Fourteenth Amendment, a citizen can be lawfully barred from voting for president if they’ve been convicted of a felony but not barred from running and serving as president if they have.

Just as it’s also deeply weird that someone born in another country who became a U.S. citizen later in life is barred constitutionally from the presidency but a twice-impeached convicted felon wouldn’t be. Between, say, Arnold Schwarzenegger and a successfully prosecuted Trump, one would hope and think that the Framers would be more comfortable with President Arnie. But they didn’t write it down that way in Article II.

Anyway, inasmuch as Hannity was simply trying to get his fans to chill out about the DOJ supposedly trying to bar Trump from running via criminal prosecution, he’s doing a public service by explaining that that won’t happen. Inasmuch as he’s trying to convince people that having a felony rap sheet shouldn’t be instantly disqualifying for a presidential candidate as a civic, if not legal, matter, it’s just the latest reminder that there’s no bottom to what the personality cult is willing to indulge to empower its leader.

If you want some truly juicy Trump-related legal speculation, forget the federal search warrant and focus instead on the fact that prosecutors in Georgia are closing in on Rudy Giuliani and may yet close in on Trump himself. If Trump were to be indicted and convicted in Georgia, immense pressure would be brought to bear on his old frenemy Brian Kemp to pardon him. But that pressure would be for naught: Georgia is an unusual state in that the pardon power resides in a state board of pardons and paroles, not in the governor himself. (Although the governor gets to fill vacancies in staggered, seven-year terms.) Would the current board pardon Trump, presumably with Kemp publicly urging them to do so?

It gets juicier. Let’s say that the board refuses to pardon him and he has to serve some sort of sentence in Georgia. Presumably Georgia law enforcement would ask Trump’s home state to extradite him. That would be … Florida, governed by Ron DeSantis. What would DeSantis do?

Words cannot capture how insane it is that we even have to entertain scenarios like this, but this is the business we have chosen.

Meanwhile, news about the Mar-a-Lago search continues to bubble. Per the Times, Trump White House lawyers Pat Cipollone and Patrick Philbin were interviewed by the FBI about the documents:

Mr. Philbin tried to help the National Archives retrieve the material, two of the people familiar with the discussions said. But the former president repeatedly resisted entreaties from his advisers.

“It’s not theirs, it’s mine,” several advisers say Mr. Trump told them…

[In June], at least one Trump lawyer signed a statement saying material with the classified markings had been returned, according to four people familiar with the document. But officials then used a subpoena to obtain surveillance footage of the hallway outside a storage room at Mar-a-Lago and saw something that alarmed them. They also received information from at least one witness who indicated that more material might remain at the residence, people familiar with the investigation said.

I’ll leave you with Steve Doocy, who continues to go off-message when discussing the Mar-a-Lago search.

“The senator knows that in a criminal investigation … they don’t release it until they’ve figured out whether or not somebody’s going to be charged.” pic.twitter.com/KiSLY5Ytvl