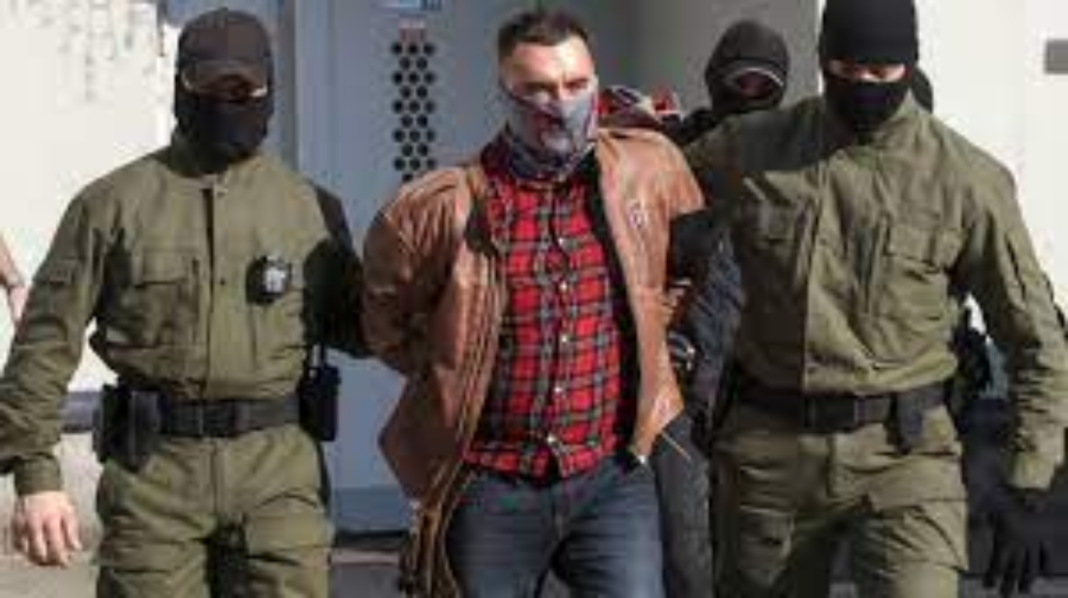 A Belarusian political activist stabbed himself in the neck on the first day of his trial Tuesday and was rushed to hospital, a rights group said.

Viasna, an independent rights group monitoring the trial of Stepan Latypov, said it believed the activist had tried to commit suicide following pressure in detention.

Thousands of opposition activists and protesters have been arrested and gone on trial in a harsh crackdown on anti-government demonstrations that erupted last year.

Latypov, 41, was detained in September and went on trial in the capital Minsk on Tuesday on multiple charges including creating protest symbols and resisting law enforcement.

Viasna said he appeared in court with bruises and that after his father was questioned Latypov climbed on a bench and stabbed himself in the neck with what appeared to be a pen.

“Stepan turned blue and lay down on the bench, an ambulance was called,” Viasna said.

Unconscious, he was taken out of the courtroom and hospitalised, Viasna said.

The Belarusian health ministry said Tuesday evening that Latypov had regained consciousness and his life was not in danger.

“All necessary medical measures have been taken,” the ministry said on its Telegram account.

“The patient is in a stable condition, there is no danger of death.”

Latypov had told his father he had come under pressure in detention, said Viasna, which along with other groups declared him a political prisoner last year.

Prominent opposition politician Andrei Sannikov said it was an “act of desperation” and another demonstration of the “murderous nature” of President Alexander Lukashenko’s regime.

Belarus was gripped by months of demonstrations that erupted after a disputed presidential election last August saw Lukashenko claim a sixth term in office.

Security forces cracked down hard on the protests, detaining and imprisoning thousands of demonstrators and pushing opposition leaders into exile. Several people died in the unrest.

Another Belarusian political activist, 50-year-old Vitold Ashurok, died in jail in the east of the country last month, reportedly of cardiac arrest.

Belarus has faced a global outcry after Lukashenko’s government ordered the diversion of a European flight over its airspace on May 23 and arrested dissident Roman Protasevich who was on board.