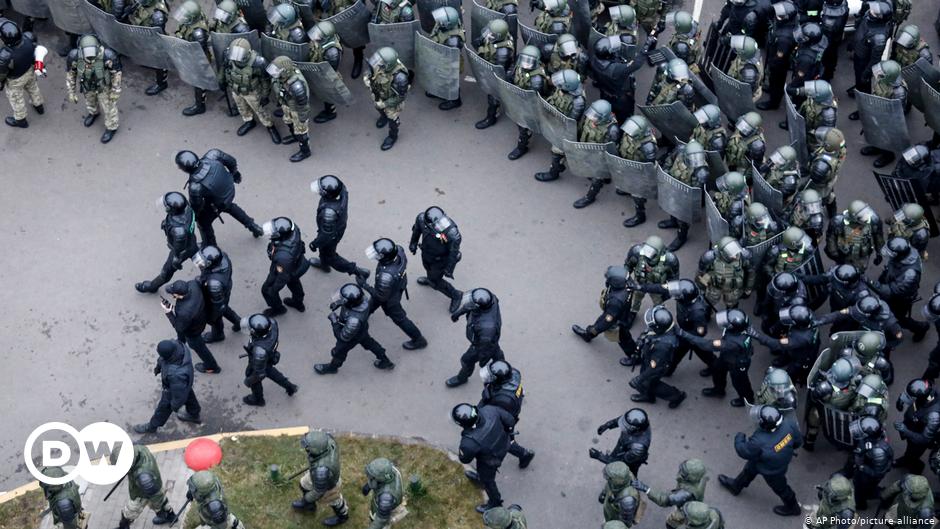 The United Nation’s top human rights body on Wednesday supported setting up a team of investigators to examine allegations of widespread human rights abuses during government crackdowns on post-election protests in Belarus.

UN human rights chief Michelle Bachelet has been asked to lead the investigation that aims to bring alleged perpetrators to justice.

The rights council authorized a budget of $2.5 million (€2.1 million) and the hiring of 20 experts and staff to carry out the investigation.

What did the UN resolution say?

The resolution cited numerous reports of torture, abductions, thousands of arbitrary arrests and disappearances, along with arrests of opposition figures and journalists.

It also called for Belarusian authorities to “cease using excessive force against peaceful demonstrators” and ensure “free and fair elections.”

Belarusian UN Ambassador Yury Ambrazevich slammed the resolution as “yet another example of manipulation of the UN by Western states in their own political interests.”

Why is there unrest in Belarus?

Belarus has been gripped by political unrest since the August 2020 presidential election, which gave strongman Lukashenko a sixth term in office following a landslide victory.

The opposition, led by Lukashenko’s election challenger Sviatlana Tsikhanouskaya, has claimed the election was rigged. Massive post-election protests were met by a violent crackdown from Lukashenko’s government.

International human rights activists have documented thousands of beatings at the hands of government security forces with images of battered and bruised protesters.

Tsikhanouskaya has called for a new wave of anti-Lukashenko rallies starting Thursday to mark Freedom Day, the anniversary of Belarus’s 1918 declaration of independence.

On Wednesday, police detained at least 42 people in 10 cities, according to the Viasna human rights center.

Amnesty International issued a statement Wednesday accusing the Belarusian government of “presiding over a human rights crisis marked by mass arbitrary arrests, imprisonment of journalists, unlawful use of force during protests, and torture and killing of peaceful protesters.”

Amnesty also called for foreign diplomats in Belarus to monitor Freedom Day protests for the possibility of violent crackdowns.