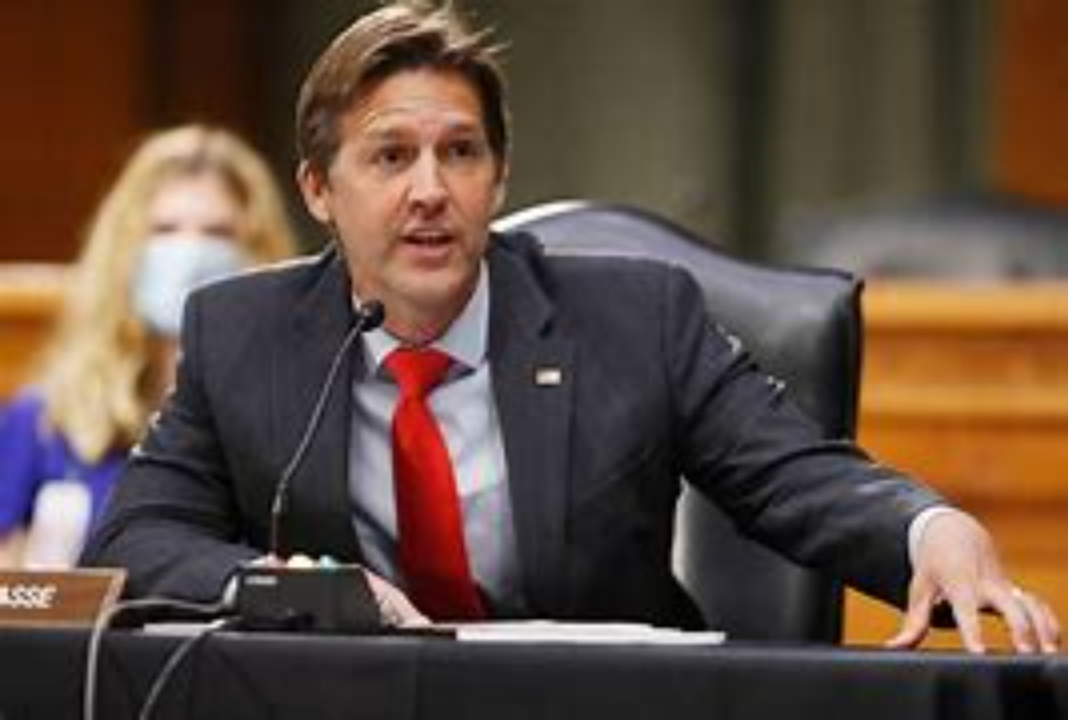 It hopefully goes without saying, but Sasse is right.

Sen. Ben Sasse on Afghan refugees: "When you've fought on behalf of Americans to protect our people, you're welcome in my neighborhood." pic.twitter.com/P54j8KSTzT

It’s not just a matter of honor, it’s a matter of national self-interest. If we bug out of Kabul, leaving thousands of Afghan interpreters and embassy support staff behind to face their fates, hard lessons will be drawn by people around the world about whether it’s worth assisting American troops if we end up in their backyard in the future.

J.D. Vance is an Ohio Senate candidate who’s been heavily promoted on Fox lately, particularly by Tucker Carlson, as the bright new star of “America First” populism. His response to Sasse here is quintessentially nationalist — dishonest, needlessly confrontational, unable to resist demagoging those who disagree with him as elitist.

Here is my message to Ben Sasse and other establishment Republicans who seem to care more about bringing 30,000 unvetted Afghan refugees into our country than getting our own people out safely. pic.twitter.com/PSfoc2swdC

In no particular order:

— Sasse didn’t “attack” Vance in his exchange with Chris Wallace. Wallace brought Vance up. Sasse didn’t mention him. But it’s on-brand for populists to be gratuitously pugnacious to show they’re willing to “fight.”

— Sasse didn’t say anything about prioritizing Afghan refugees over Americans in evacuation. That’s Vance trying to conjure an “America First” controversy out of nothing. Sasse seems to be treating the two groups interchangeably, which is logistically the only way I can imagine treating them at the airport given the time pressure the U.S. is under. If there are 500 Afghan SIV recipients at the airport waiting to fly out at a particular moment and only 25 American citizens, should we hold the plane until we can track down and retrieve 500 Americans? How long might that take? We have seven and a half days to get tens of thousands people out before things get hairy. Keep the line moving.

— Vance’s warning about “unvetted” Afghan refugees is a red herring aimed at spooking conservatives with images of Muslim terroritsts overrunning their neighborhoods. The point of the SIV process is to vet people before they’re admitted into the U.S. And according to Task & Purpose, the administration will stick to that practice by diverting Afghans whose vetting isn’t complete yet to other countries to wait:

Those who are coming directly to the U.S. — Afghan nationals who “have completed the rigorous security vetting process” to receive a Special Immigrant Visa (SIV), according to State Department spokesman Ned Price — are anything but unvetted. Depending on their situations, they have likely already been through some extensive vetting. Price explained in a briefing on Thursday that U.S. citizens and Afghans who have gone through the SIV process are coming to the U.S. (thousands of which have already arrived).

Those who are “not at a particular stage” of the SIV process, and vulnerable Afghans who are not in the SIV process at all, are being evacuated to third-party countries, Price said, where they will complete the rest of their application process for a SIV or other designation under the U.S. Refugees Admissions Program. The P-2 designation, for example, applies to Afghans who worked with U.S. contractors, media, or government programs, but are not eligible for a SIV.

A U.S. official familiar with the planning confirmed to Task & Purpose that Afghans not eligible for the SIV program will go through processing facilities being stood up in Bahrain, Qatar, and Germany, where they will go through vetting across multiple government agencies and the National Counterterrorism Center. They’ll also go through biometric screening, the official said.

Bear in mind that SIV candidates were already vetted once before on the front end prior to working with the U.S. military, which obviously has an interest in trying to weed out jihadis inside the wire.

— Vance winds down by accusing Sasse of inviting Afghans to live in his neighborhood because he cares about reporters saying nice things about him, a jerky flourish aimed at aligning Sasse with the dreaded media elite. There are two ironies in that. One: The media has never fawned over Sasse the way it did over Vance when it celebrated him as the brainy softhearted hardscrabble kid who made Trump country sympathetic in “Hillbilly Elegy.” Two: With respect to the charge of caring about elite opinion, Sasse does have a degree from Yale. (Several, actually.) But, uh, so does J.D. Vance.

The most you can say about Vance here is that the dynamics of his Senate primary have forced him to look for ways to criticize relocating thousands of Muslims who worked with the U.S. military in Afghanistan. If not for Josh Mandel jumping into the race, Vance could have run as a more thoughtful, somewhat less obnoxious nationalist since there’d be no one running to his right. Mandel has complicated that by positioning himself as a MAGA caricature, the guy who’s willing to be more populist on any subject than Vance is no matter what stance Vance takes. Case in point, there’s no “issues” section on Mandel’s campaign website right now. There’s just this:

Mandel’s theory of the race is that Trump fans are so dumb and unfocused on policy that all he needs to do is bark mindless culture-war platitudes at them and they’ll nominate him as the rootin-est tootin-est Trumper in the race. He’s leading in the polls because of it, which means Vance has to fart out nonsense like the clip above to keep pace: “Hey, I’m skeptical of refugees too!”

He summarized his current political outlook in a piece today by saying, “I think our people hate the right people,” an unusually efficient distillation of the MAGA id. Whether he personally believes that or not is a matter of debate but he understands that his base cares a lot — more than anything, really — about hating the right people. “This is, in eight words, the crystalline essence of the post-liberal right, and everything that’s wrong with it,” said Stephanie Slade of Vance’s remark, correctly. Mandel thinks he can beat Vance by hating the right people a bit more theatrically and zealously than Vance can.

Sasse’s team had fun today with Vance’s transformation from intellectual author and anti-Trumper to Peter-Thiel-funded pretend populist: “J.D. Vance version 6.0 is lying to get attention and Ben’s trying to save Americans and our allies. Everybody has their priorities,” said Sasse’s spokesman about Vance’s new video. I’m sure Vance will be on Tucker’s show soon to complain about Sasse selling out to the “cosmopolitans” or whatever.

By the way, two new polls for you:

Just one poll, but “Welcoming Afghan translators to the US” looks like the most popular and bipartisan policy idea I’ve seen in a long, long time pic.twitter.com/o09sWjrnXE

What explains the difference? Kristen Soltis Anderson thinks it has to do with the emphasis on “translators” in the first question. Virtually everyone outside the Tuckerverse favors bringing Afghans who worked for the U.S. here. But bringing Afghan refugees more broadly? That’s a different question. How many? There are a lot of them.

I’ll leave you with Adam Kinzinger, who’s on Team Sasse.

Kinzinger on Afghan refugees: “If anybody wants to go out & fear-monger & continue that darkness in your heart & speaking it so you can win an election, A, you’re either evil in your heart yourself or, B, you’re a charlatan & you can’t say you care about the American people.” pic.twitter.com/7o6ptjVUim