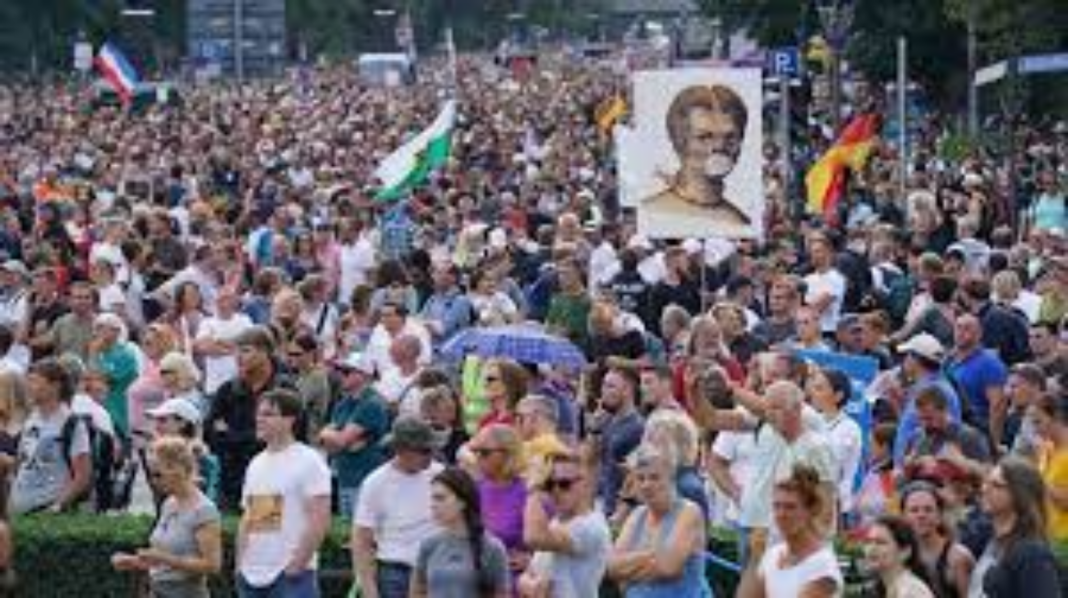 Some 2,500 people marched through Berlin against high rent prices in the German capital, police said on Sunday.

The organizers, however, claimed “at least 10,000” people took part.

What happened at the protest?

The main rally, under the slogan “Stop the rent madness!” moved from Potsdamer Platz to the neighborhood of Schöneberg, starting one hour later than previously announced.

Protesters were seen carrying banners such as “To reside is a human right” and “No interest on rents.”

The march concluded with no reports of violence, according to the AFP news agency.

Separately, some 30 participants organized a demonstration of their own by sailing boats on Berlin’s river Spree, and displaying the banners against the rising rents.

What was the rent cap?

The rent cap was a measure implemented by the city-state’s government that went into effect in late February 2020.

It froze the prices for nearly all apartments in Berlin for five years, locking them in place at their June 2019 level. New rental contracts were not allowed to exceed that rate — and some rents had to be reduced.

The Berlin state government said the measure was intended to reduce pressure on renters and buy time for more housing to be built.

The regulation also allowed for tenants to sue their landlords to reduce rents.

The measure was strongly criticized by Chancellor Angela Merkel’s conservative Christian Democrats (CDU) and the business-friendly Free Democratic Party (FDP), who lodged a legal complaint against it.

Why was it overturned?

The constitutional court overturned the Berlin measure on April 15, ruling that the state government didn’t have a right to impose the cap.

As a result of the ruling, many tenants in Berlin now face steep rent hikes — and could be asked by their landlords to pay back rent from the past year.

What is the rental market situation?

Rental prices in Berlin have soared in recent years, making it one of the tightest rental markets in the country.

A lack of affordable housing, tenants being priced out of their neighborhoods and rising rents have led to tensions.

Kyle Rittenhouse Testifying in his own Trial