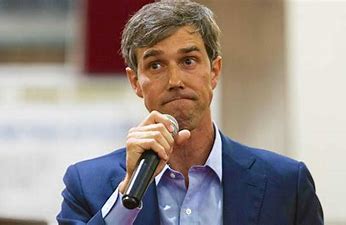 Robert Francis “Beto” O’Rourke is the first prominent Democrat to flip flop on teaching Critical Race Theory in schools. His quest to become Governor of Texas is bringing some interesting soundbites. The latest one is no, he doesn’t think critical race theory (CRT) should be taught in schools, why do you ask? The question was asked during a town hall event in Victoria, Texas on Friday.

The question asked of Beto was whether or not he supports teaching CRT in schools. This is a hot-button issue for parents and politicians are under fire to get the answer right. This is an issue that weighed on parents as they voted to flip Virginia from a blue state to a red state. Parents are angry (rightly) and aren’t going to take it anymore. Just last month, O’Rourke said that he supported teaching CRT in schools. Way back on February 14, 2022, Beto was perfectly parroting progressive Democrat talking points, because Beto is a progressive Democrat.

Another conservative mobilization effort across the state involves the shunning of school curriculum that’s been defined as “critical race theory,” or the idea that race is a social construct embedded in legal systems and policies. Abbott signed a law late last year to restrict the topic — and others — in public education. Under Senate Bill 3, “a teacher may not be compelled to discuss a … widely debated and currently controversial issue of public policy or social affairs.”

An NBC News analysis found that parents have requested at least 50 books to be removed from public schools that deal with race, sexuality or gender, citing the critical race theory law, which GOP leaders in the state have championed as a way to discuss history in an “objective” manner. But O’Rourke sees the law as a way to duck painful truths about the former slave state.

“We should know the full story of Texas and the full story of the United States of America,” he said. “Not only our founding ideals and principles, but the way that those ideals and principles were often violated by the people who wrote them, or the fact that so much of the wealth and opportunity in this state was actually created by people who had no choice in the deal whatsoever. … If we don’t, then we’re trafficking in myths and things that just are not true.”

Reality has smacked Beto in the head, especially after losing to Ted Cruz in his bid to be a U.S. senator and his failed presidential campaign in the 2020 Democrat primary. Beto will become a three-time loser in November 2022. One way he is trying to stop the inevitable outcome from the mid-term election is to try and convince voters that he’s a moderate Democrat looking to find common ground with all sides. General elections require the candidates to move more to the center and ole Beto seems to have learned that lesson.

Governor Abbott’s campaign realizes a gift when it is presented so it quickly responded.

I don’t know if he truly now thinks that CRT should not be taught in schools or if he was caught off guard and his first instinct was to go with what he thought the questioner wanted to hear. You can hear someone in the audience saying “That’s not the question” when Beto says that CRT isn’t taught in schools but at the college level, the standard Democrat talking point. Then he clarifies that no, it shouldn’t be taught in schools. Either way, he has changed the narrative and I don’t imagine Texas Democrats will be pleased to find that out. They try very hard to paint all Republican voters as racist for any opposition to progressive idealogy.

Beto even changed his stance on being a gun grabber, willing to go house to house to get guns out of the hands of lawful gun owners, as he said during his presidential campaign. Now that he is all about working together with everyone and finding middle ground, he no longer wants to take anyone’s guns, or so he says.

In a more detailed explanation, he told Yahoo News that there is middle ground in protecting the Second Amendment and public safety.

“Just like every Texan, I understand that we can both defend the Second Amendment and do a far better job of protecting the lives of those in our communities,” O’Rourke said. “Like most Texans, I grew up with guns. I grew up with not just learning how to fire and use them, but the responsibility that comes with owning them. I think that’s true for most of us in Texas. So let’s find the common ground on things like universal background checks or safe storage laws. These are things that not only Democrats but Republicans support as well, gun owners and non-gun-owners alike. I think that’s the way forward.”

Robert Francis O’Rourke may as well start thinking about the next office he wants to go for at this point. He still sticks his finger in the wind to see which way it is blowing and then delivers an opinion. Abbott’s campaign is ready for his next campaign platform reversal.

Biden looking for a way to open up the Southern ...