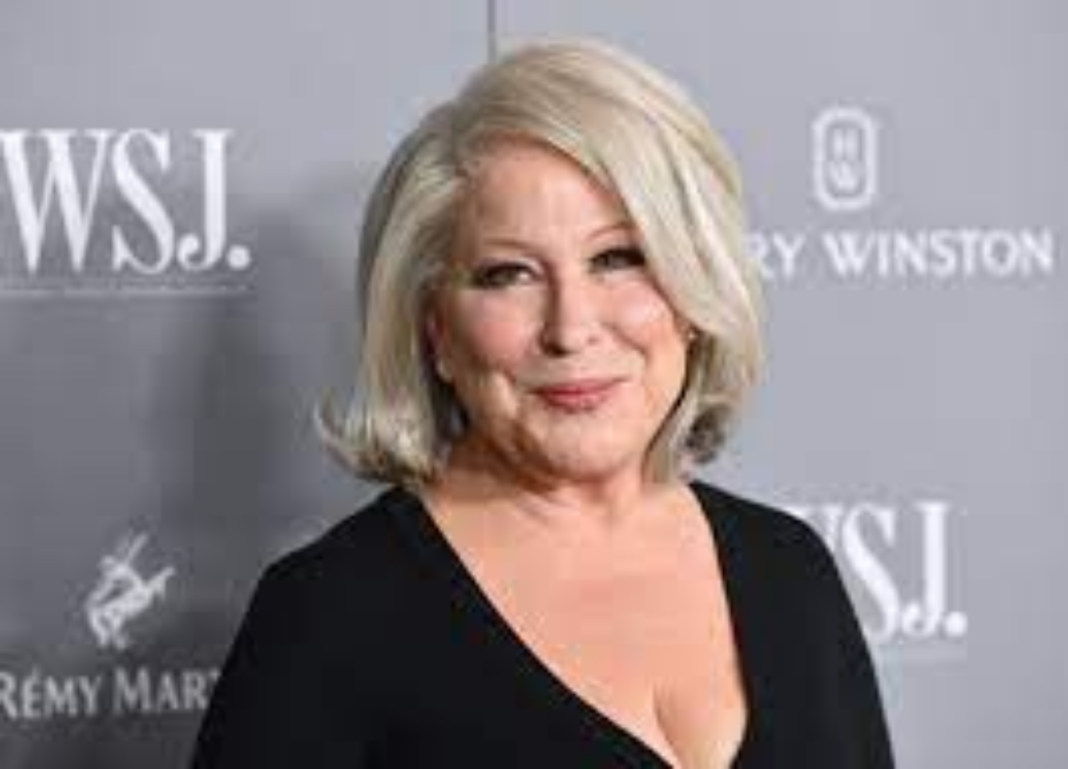 We need some responsible member of Bette Midler’s family to stand up and unplug her from the internet.

This elderly woman has lost her very last marble, and she’s a danger to society at this point.

In the past, Bette has said a lot of incendiary and offensive things online, but she’s never done anything quite this…this is the point of no return, and this batty old violent lady needs to be removed from the internet.

So, what has Bette done now?

Well, this time she’s decided to tweet out a “threat” to kids whose parents don’t get them vaccinated.

On Sunday, Midler published a nasty tweet threatening children who have “peanut allergies” if their parents don’t get them vaccinated.

Here’s what the crazy D-lisst actress tweeted out: “If my kid can’t bring peanut butter to school then yours can’t bring the deathly plague. Vaccinate or I’m bringing the Jiffy.”

Okay, first off, Bette, any children you have are about 65-years-old, and I’d hope they’re done with school by now…Second off, “Jiffy” is popcorn and “Jiff” is peanut butter, you brainless nincompoop.

As you can imagine, a lot of people chimed in on her tweet:

“Jiffy” is popcorn you delusional old lunatic. And threatening to murder random children with food allergies should put you on an FBI watch list.”

“People that make and like this joke have obviously never had to take care of someone that is allergic to peanuts. It’s not funny”

“I’m super liberal, very pro vax and science but this isn’t funny. My son, like millions of others is severely allergic to peanuts and tree nuts! If he touches it he gets hives. If he eats even the tiniest amount, his throat closes, no amount of CPR would help. Do better!”

“Your kids are senior citizens”

“Thank you for making a joke about life-threatening food allergies. I understand where you are coming from but both situations should be treated with equal regard. As someone who has a deadly peanut allergy it’s frustrating to see a lack of respect from a prominent Broadway figure”

“My son’s school had a student go into anaphylaxis bc the table had been contaminated with a tiny smear of peanut butter. It’s not something to joke about”

“Choosy moms choose Jif and there is no FDA approved pediatric coronavirus vax as of today. I’m not certain where you’re going with this meme but wishing death on children is certainly a call for self reflection.”

It’s absurd that President Trump’s account was deleted for supposedly being “dangerous” to others, and we have this crazy woman, tweeting things like this out to her emotionally unable base.

Now, if this happens in a school will Bette be held responsible for giving her mentally ill supporters an idea on how to ‘punish’ kids who aren’t vaccinated?

Darrell Brooks:Terrorist Responsible for the Killing of Dozens in Waukesha