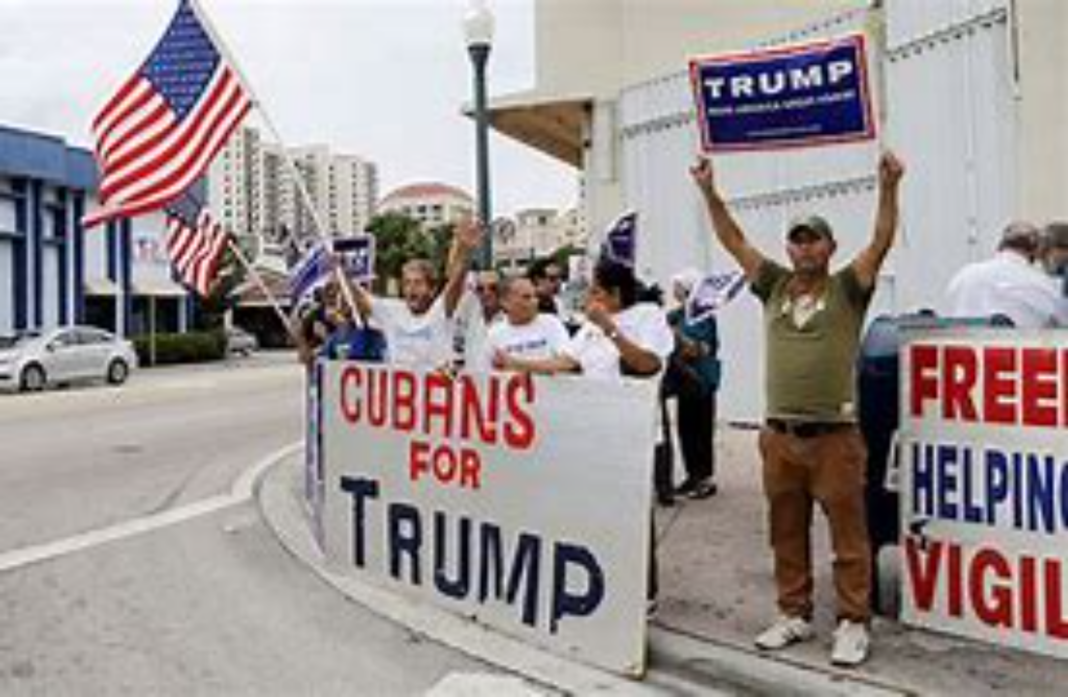 The Biden administration this week announced the repatriation of more than two dozen Cuban refugees fleeing their country’s oppressive communist regime after they were caught attempting to navigate Florida waters.

The 27 Cuban refugees were ordered to return even as waves of migrants from other parts of the world continue to enter through the country’s southern border and tens of thousands of them released into US communities without court dates.

The little more than two dozen people are thought to be the first major group of rafters to be arrested while attempting to enter the US in this manner since the July 11 protests broke out in Cuba.

Thousands of Cubans marched in the streets of dozens of towns around the country, as well as every major city on the island, that day, demanding an end to the island’s 62-year-long communist dictatorship.

The demonstrations were triggered by a wave of violence reportedly sponsored by the state, including law enforcement opening fire on civilians, as well as public beatings. There were also reports of imprisonment and threats to those joining the protests.

The US Coast Guard did not provide the identity of those sent back to Cuba — but danger awaits those known for having anti-communist sentiments. They could also face legal consequences for attempting to leave the country without the approval of the Communist Party.

The Coast Guard also confirmed that it had intercepted “a 21-foot vessel with 22 people aboard” on Friday and since returned those on board. Coast Guard officials on Saturday also identified a “makeshift raft with five people aboard,” both vessels were sighted nearing Key West in Florida.

All the Cubans intercepted were said to be “in good health” and they were eventually brought aboard the Coast Guard Cutter Charles Sexton for processing and return to Cuba.

“Taking to the seas on unsafe vessels is dangerous and can result in loss of life,” Capt. Adam Chamie, Coast Guard Sector Key West Commander, said. “We request all mariners to report any possible migrant voyages to help prevent loss of life at sea.”

The Coast Guard’s statement echoed the stern tone of the Biden administration against Cuban refugees seeking to enter Florida — and those willing to help them.

“The time is never right to attempt migration by sea. To those who risk their lives doing so, this risk is not worth taking,” Secretary of Homeland Security Alejandro Mayorkas said after the pro-democracy protests sparked Cubans to try to flee the island.

In response to unrest in the Caribbean, Homeland Security Secretary Alejandro Mayorkas—himself a Cuban refugee—has said of asylum seekers from Haiti and Cuba, “They will not enter the United States.” https://t.co/z9LE2Wa1E8

“Allow me to be clear: If you take to the sea, you will not come to the United States.”

“If individuals make, establish a well-founded fear of persecution or torture, they are referred to third countries for resettlement,” Mayorkas added, reiterating that “they will not enter the United States.”

The Coast Guard has also earlier warned Americans that anyone helping a Cuban refugee would “violate US immigration laws” and could face up to five years of jail time.

“Vessels and persons illegally entering Cuban territorial waters … without the required permit may be subject to seizure of their vessel, civil and criminal penalties up to $25,000 per day, and 10 years in prison,” the Coast Guard has said.

“People who violate US immigration laws and illegally bring foreign nationals into the country or who attempt to do so may be subject to arrest, vessel forfeiture, civil and criminal fines up to $250,000 per day, and five years in prison,” it added.

Lax policies in the US-Mexico border

The Coast Guard interdicted 5,396 Cubans in the 2016 fiscal year.. That number was 49 in fiscal year 2020, the final year of President Donald Trump’s presidency.

In contrast to the Biden administration’s strict policies towards Cuban refugees coming into the country through sea, the Democrat-led government has allowed thousands of migrants to enter the US-Mexico border.

Under President Joe Biden, America reportedly welcomed over half a million migrants to the US through the country’s southern border — excluding those passing illegally.

More groups of migrants walking through the border fence here in Del Rio where they are loaded into waiting border patrol buses. Most of these men are from Haiti. Border Patrol has several buses and vans here to deal with this massive group that started out 350+ in size @FoxNews pic.twitter.com/BIC9vhEkYv

“We are seeing a crush on the southern border that’s a rotating catastrophe. It continues to escalate on a daily basis, and it was all caused by the rhetoric of Biden during the campaign and the actions he took in the first days of his administration,” Republican Senator Marco Rubio (Florida) — who is a Cuban-American — said this week.

“They didn’t say what they said to Cubans in those first days. What they said is no border wall, and children and families will not be separated … we are incentivizing.”

The GOP earlier hit the Biden administration for blocking the entry of Cuban refugees — saying they will only allow those that will vote Democrat and not Republican.

DHS is BLOCKING Cuban Refugees from entering the US because they tend to vote Republican!

President Biden issued his support for the Cuban people last week, but critics slammed him for not letting them in.

How about letting Cuban refugees into the US?

That would be much more helpful https://t.co/yEAX5PUesd

“How about letting Cuban refugees into the US?,” one comment said. “That would be much more helpful.”