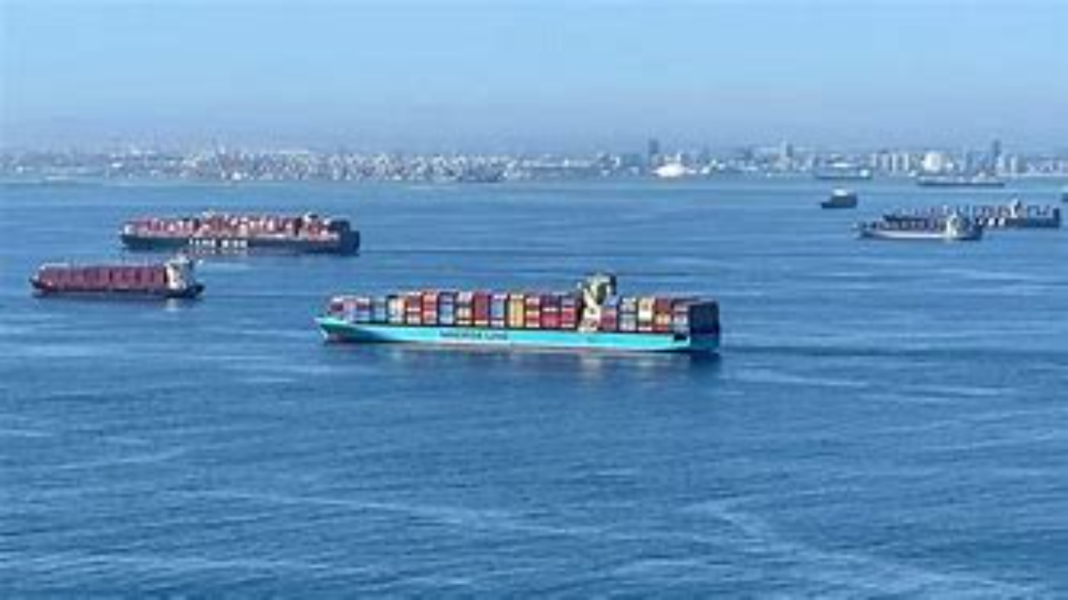 Simply taking a look at the ports of Los Angeles and Long Beach reveal a badly managed crisis and an absentee administration.

The White House said that ports would become 24/7 operations after Biden virtually met with port management. Unfortunately, they haven’t and now another 10 cargo ships have joined the anchored flotilla off the California coast bringing the total to 88.

On Friday, 88 ships were waiting to dock at either Long Beach or Los Angeles harbors — 10 additional ships from the last count on Oct. 13, according to the Marine Exchange of Southern California.

White House Press Secretary Jen Psaki told reporters Tuesday that a lack of truck drivers and factories shut down overseas were to blame. Those shut down factories sure are sending lots of stuff on ships to America and truck drivers that regularly service the port say the problem isn’t them and waterfront labor negotiator Jim Tessier agrees with the truckers.

“Shippers sign contracts that span decades and typically do not open weekends because the additional pay for longshoremen is pricey,” Tessier told the Washington Examiner. “Hourly pay is 1.3 times the regular rate at night and 1.5 on weekends,” he said.

“The port is mismanaged 100%,” said one truck driver, who did not want his last name publicized out of fear of reprisal. “If the port was open, we would come. There is nothing about the truckers that is an issue. We don’t want to go there and waste time.”

“We are at the mercy of the crane operator,” he added.

It is startling that after almost 10 months at the helm, the Biden administration hasn’t seen fit to send any high-level figures to see the problems first-hand and to directly deal with a situation that is pushing prices higher and making necessary goods harder to get.

Biden’s transportation secretary, Pete Buttigieg, has been on vacation for two months and Biden has yet to visit even one of the two ports.

lawsuit against MLB and Players Union in hopes of forcing them...