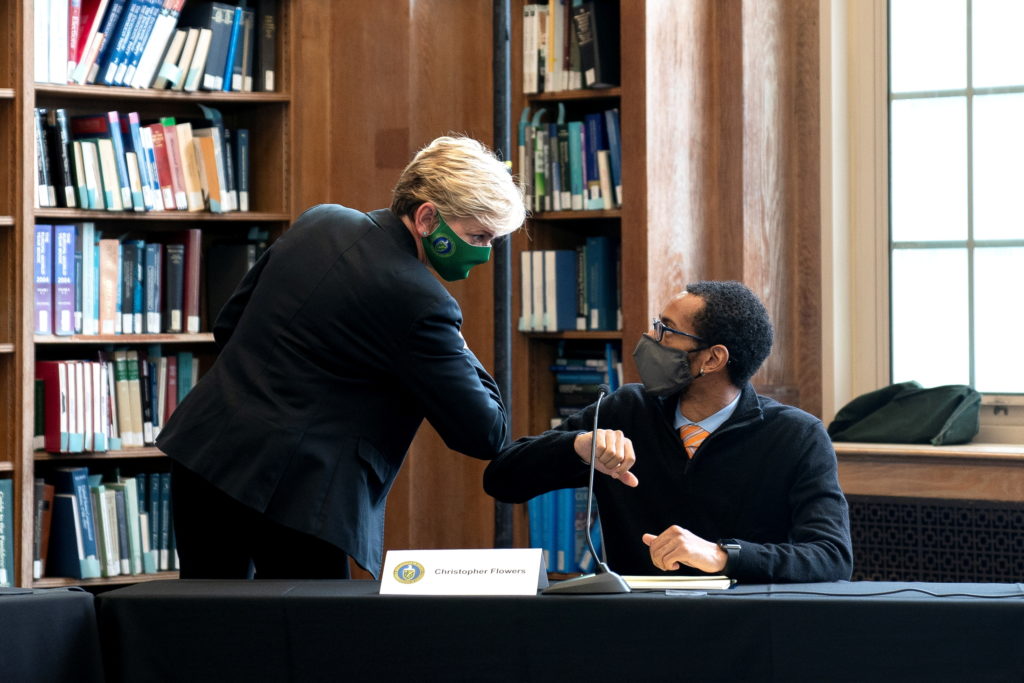 NEW YORK (AP) — As the nation pushes to reduce its reliance on fossil fuels and use cleaner energy sources, President Joe Biden’s administration says it wants to ensure diversity among the communities that benefit from the transition and the people who are hired to do the work.

The administration says it wants more solar arrays erected in communities that have suffered from pollution caused by fossil fuels. It’s also directing research grants and opportunities to students and faculty members at historically Black colleges and minority-serving institutions.

The Department of Energy on Tuesday announced $15.5 million in new funding to deploy solar energy in underserved communities and to build a more diverse, skilled workforce to help reach the administration’s ambitious goal of 100% clean energy by 2035.

Another $17.3 million, announced Monday, was awarded for internships and research opportunities designed to connect students and faculty in science, technology, engineering and math with resources at the Department of Energy’s National Laboratories.

Biden has set a goal that 40% of overall benefits of federal climate and clean-energy investments goes to disadvantaged communities.

“This administration is really committed to making the transition to clean energy an inclusive transition, offering benefits to every community, because not every community has benefited up to this point,” Energy Secretary Jennifer Granholm said in a discussion at Howard University, a historically Black college, Monday. “In fact, some communities, particularly communities that are indigenous and Black and people of color, have disproportionately been negatively affected by pollution, and so we want to make sure that voices are at the table that are representative of communities who can benefit from this transition.”

The problem stems from inequities in research infrastructure such as grants and personnel to administer them, as well as access to top laboratories at some of the historically Black colleges, said Kim Lewis, associate dean for research, graduate programs and natural sciences at Howard University.

“For example, not having state-of-the-art research laboratories could prevent or minimize faculty members from getting or obtaining preliminary data to demonstrate a proof of concept that’s needed to compete for these research funds,” Lewis said.

Many faculty members also have a heavy teaching workload, and there may be implicit bias during the review process, she added.

Data shows that the U.S. needs diversity in science, technology, engineering and math, and “it’s a huge priority for the Biden administration,” Granholm said.

The Energy Department under Biden has awarded research grants to students and faculty from 57 institutions — nearly half of which were minority-serving institutions — to collaborate with staff from the department’s National Laboratories this summer.

The solar funding announced Tuesday will provide free technical assistance to communities to streamline the process for installing solar. That, in turn, helps attract investment and lowers energy costs for consumers.

The Energy Department is also planning a series of meetings with environmental-justice organizations, government leaders, solar developers and others to talk about how to address energy challenges in underserved communities.

“We’re willing to use the force of federal contracting and policy incentives to achieve greater diversity in hiring and equity in pay,” Granholm said in a discussion with solar industry stakeholders Tuesday.

When a large array of solar panels and batteries was built to provide power to a predominantly Black community in Chicago, it was important to hire Black, Hispanic and local workers, said Van Vincent, president and CEO VLV Development, which built the array.

“It’s going to take a collaborative effort,” Vincent said in the discussion Tuesday. “There is no silver bullet … there needs to be a commitment to including the people who live in the communities.”

Claudette: 12 dead in Alabama as the storm swept across the...