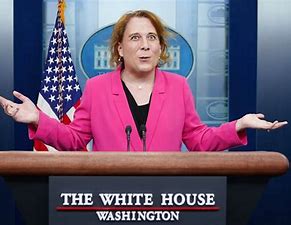 The guidance goes beyond social affirmation and the use of puberty blockers, which the OPA document describes as “reversible” treatments, and extends to treatments that cannot be completely reversed, including hormone therapy and “gender-affirming surgeries.”

To transgender Americans of all ages, I want you to know that you are so brave. You belong. I have your back. pic.twitter.com/mD4F0m3rU1

The NCTSN document says that “gender affirming care” might involve “evidence-based interventions such as puberty blockers and gender-affirming hormones” and also includes “access to opportunities that all children should have, such as playing team sports, safely using bathrooms in their schools and other public places, and positive relationships with supportive adults.”

Gender identity issues have arisen with the participation of transgender swimmer Lia Thomas in the NCAA swimming championships, allegations surrounding Loudoun County Public Schools covering up a sexual assault by a “gender fluid” student, and Republican Texas Gov. Greg Abbott signing an executive order directing the Texas Department of Family and Protective Services to investigate situations where some gender reassignment procedures are used.

“The Texas government’s attacks against transgender youth and those who love and care for them are discriminatory and unconscionable,” HHS Secretary Xavier Becerra said in a statement earlier this month.

Pro-family organizations have claimed that schools have been actively deceiving parents and secretly carrying out initial stages of the gender transition process, prompting litigation between parents and public school districts.

HHS did not respond to a request for comment from the Daily Caller News Foundation.

Larry Elder: L.A. Prosecutors Will Not Pursue Accusations Against the GOP...