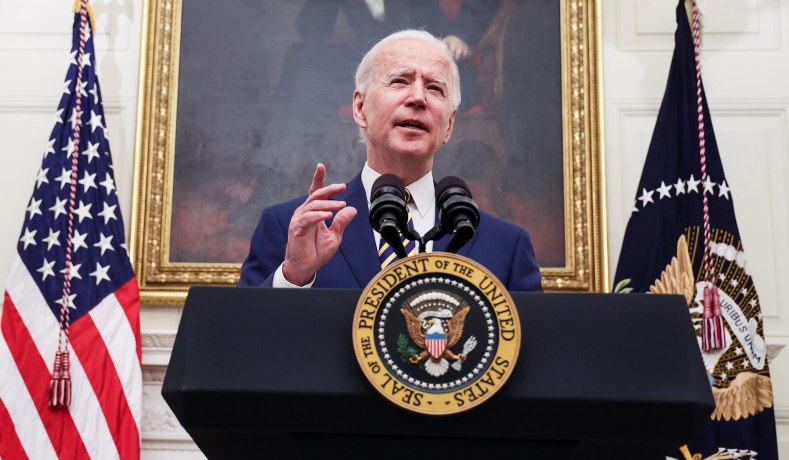 The Biden Effect at the border is gaining steam faster than I’d expected. My colleague Todd Bensman (whose new book is just out) went to the South Texas border this week and reported that “Border Patrol and ICE are allowing hundreds of Haitians and other migrant nationalities who cross in the Del Rio region to avoid detention or quick return to Mexico; instead they are given Notices to Appear in immigration court at some point in the future and allowed to board Greyhound buses for other parts of the United States.”

Local media report that “officials began re-initiating catch-and-release sometime around Jan. 28. So far, only family units — meaning adults with children — are being paroled into the country.”

The legacy media has caught up with the story, with the Washington Post noting that “The Mexican government has stopped taking back Central American families ‘expelled’ at the U.S. border under a Trump-era emergency health order related to the coronavirus, a shift that has prompted U.S. Customs and Border Protection to release more parents and children into the U.S. interior.”

The Biden DHS says it prefers “alternatives to detention,” which means letting people go. Combine that with the fact that ICE’s new priorities prohibit agents from even looking for illegal aliens who haven’t been convicted of violent felonies, and none of them are ever going to be made to leave. Only about half of those released into the U.S. to apply for asylum actually bother applying, and most of the rest lose their cases, but just stay anyway.

Given that everyone has cell phones, word has already gotten back. The Post story cites a Central American official who said that “smuggling guides have intensified their marketing efforts in Guatemala’s destitute rural highlands in recent weeks, recruiting customers by telling them the Biden administration is taking a softer enforcement approach.”