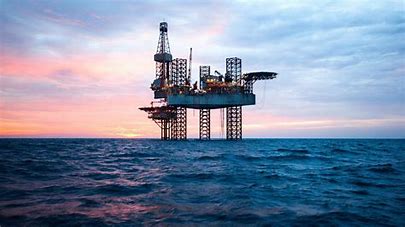 On the 2020 campaign trail, Joe Biden positioned himself as a staunch opponent of fossil fuels. During the Democratic primaries, he pledged not to accept donations from PACs, lobbyists, or executives of fossil-fuel companies. (And he even returned a donation from an oil executive to prove he was serious.) He toed a similar line after clinching his party’s nomination. “I would transition away from the oil industry, yes,” he said in an October 2020 presidential debate with Donald Trump. “The oil industry pollutes, significantly . . . it has to be replaced by renewable energy over time.” The Biden campaign released an ambitious climate plan hailing its septuagenarian executive as a “climate change pioneer,” praising the Green New Deal as “a crucial framework for meeting the climate challenges we face,” and promising to “take action against fossil fuel companies and other polluters who put profit over people and knowingly harm our environment.”

That attitude continued to color the early days of the Biden administration. On January 27, 2021, the new president signed an executive order promising a “whole of government approach to put climate change at the center of our domestic, national security, and foreign policy.” He quickly moved to rejoin the 2015 Paris climate agreement, cancel the Keystone XL pipeline, and pause new leases for oil and gas drilling on public lands. John Kerry — the elder Democratic Party statesman known for his fondness for private jet travel — was appointed to the position of “climate czar” in the new administration. In April, Biden pledged to halve U.S. greenhouse-gas emissions by 2030.

But reality has a way of scuttling even the most ardent utopian fantasies. As gas prices soar — and are set to climb even higher in the face of new sanctions on Russian energy — the American electorate’s interest in punitive domestic-energy policies, even those justified in the name of environmental conservation, is likely to diminish. Climate change is real, and will have consequences for American interests in the coming decades. But it is necessarily an elite issue. Wealthy activists like Kerry can afford to worry about something as seemingly abstract as a steady increase in global temperatures. Working- and middle-class voters are understandably more concerned about the immediate issue of the price at the pump.

That presents a challenge for the more prudent environmentalists who want to see a global reduction in carbon emissions, driven by U.S. leadership on clean energy and green technology, but understand that a serious approach to climate action must serve American interests rather than coming at their cost. This White House has modeled the exact inverse of that approach, pursuing a haphazard and incoherent “worst of both worlds” energy and environmental strategy. In its early days, the administration kicked off an aggressive war on domestic oil and gas production. It’s not clear what the White House thought that would accomplish; whatever it was, it certainly wasn’t a viable and smooth transition to a cleaner fuel economy. And when American energy prices inevitably began to climb, there was no Plan B.

Today, the administration is in outright denial about the effects of those policies. To hear the White House tell it now, this has been the most aggressively pro–fossil-fuel administration in recent memory. At a press conference earlier this week, Biden struck a tone on oil and gas that would have been unrecognizable a year ago:

Even amid the pandemic, companies in the United States pumped more oil during my first year in office than they did during my predecessor’s first year.

We’re approaching record levels of oil and gas production in the United States, and we’re on track to set a record of oil production next year.

In the United States, 90 percent of onshore oil production takes place on land that isn’t owned by the federal government.  And of the remaining 10 percent that occurs on federal land, the oil and gas industry has millions of acres leased.  They have 9,000 permits to drill now.  They could be drilling right now, yesterday, last week, last year.  They have 9,000 to drill onshore that are already approved.

That was an echo of a similar line from White House press secretary Jen Psaki a day earlier. During a heated interchange with Peter Doocy of Fox News, Psaki maintained that “the suggestion that we are not allowing companies to drill is inaccurate,” and that “we have actually produced more oil . . . at record numbers, and we will continue to produce more oil.” The Biden administration, she boasted, “produced more oil this past year than in President Trump’s first year. Next year, according to the Department of Energy, we will produce more oil than . . . ever before.” In fact, she argued, the problem wasn’t that Biden’s environmental policies were hindering domestic oil and gas production — it’s that the oil companies weren’t drilling enough. “There are 9,000 unused, approved drilling permits,” she said. “So, I would suggest you ask the oil companies why they’re not using those if there’s a desire to drill more.”

Should there be a desire to drill more? Psaki didn’t say. And therein lies the fundamental incoherence of the White House’s line on energy and environmental policy. Fluctuating between “climate change pioneer” and “drill, baby drill” is no way to run a country.

Netanyahu and his Likud party have decided to defect and torpedo...