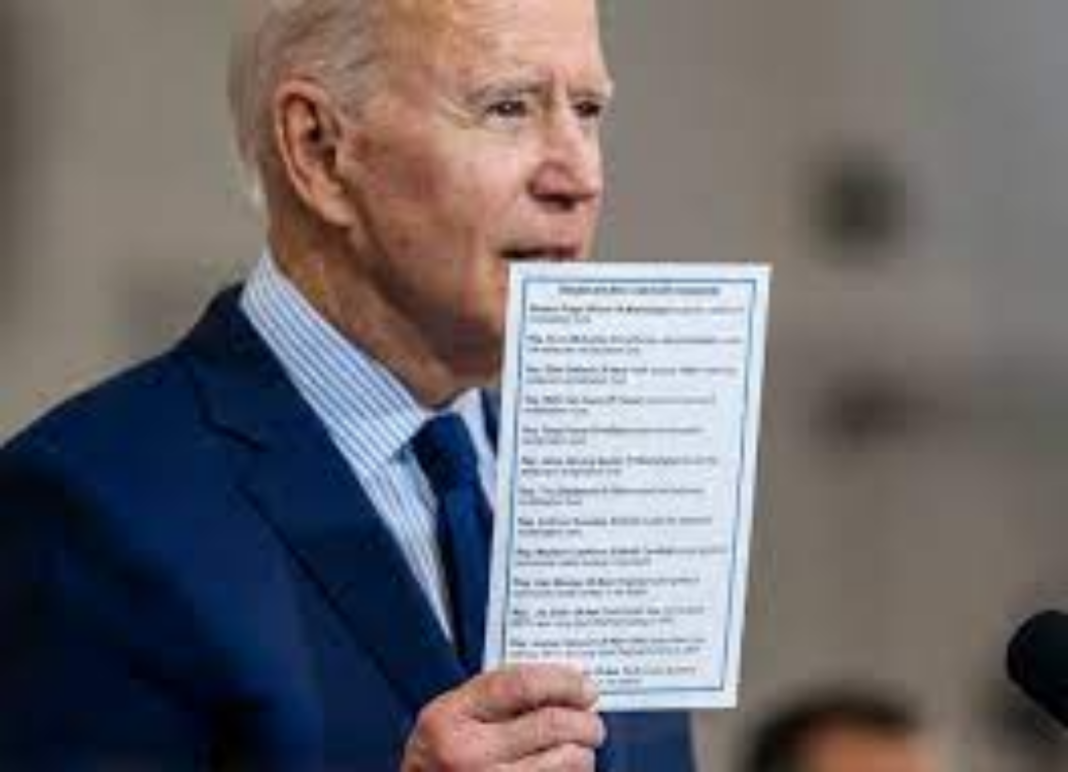 The Biden administration just announced an anticipated executive order to crack down on 59 Chinese military and surveillance companies, a worthwhile move that builds on Trump-era efforts to bar such firms from U.S. capital markets.

Some experts had expressed doubts about the administration’s new approach, since it tasks the Treasury Department with managing the sanctions designations instead of the Pentagon. And congressional China hawks worried in recent weeks that the Pentagon had missed a deadline to name Chinese military companies that could be sanctioned under the previously existing framework.

The administration seems to have issued a solid order, its initially sluggish approach to the issue notwithstanding, earning praise from China hawks. Some still warned about the move’s potential pitfalls.

The American Securities Association, which is the only financial-services trade group that has taken a vocal stand on China-related investment issues, released a statement praising the move. “ASA strongly supports today’s action by the Biden Administration to prioritize America’s economic and national security interests by continuing the previous Administration’s crackdown on Communist China’s capital markets,” said Chris Iacovella, the group’s president.

Senator Marco Rubio made a statement praising the effort to expand the previous administration’s work while sounding a note of caution: “While the administration updated the Trump-era policy in important ways, I am very concerned that President Biden’s Treasury Department is too closely aligned with Wall Street to take the actions necessary to prevent American savings from being used to fund the Chinese Communist Party.”

The new move expands Trump-era efforts to enforce a 20-year-old law that authorized the Pentagon to designate, then sanction, Chinese Communist military companies operating in the United States. The previous administration was the first to ever enforce the provision, issuing designations for 41 such firms, then an executive order banning U.S. investors from transacting with them, by the end of the Trump presidency.

That approach started to falter, however, when a federal court struck down the Pentagon’s designations of Xiaomi, a top Chinese smart-phone company, and Luokung Tech, a location-services firm. Judge Rudolph Contreras ruled that the Pentagon failed to demonstrate that the firms were affiliated with the Chinese military, opening the possibility that other companies could challenge their designations and be reinstated to U.S. stock exchanges. After the Xiaomi ruling in March, the Pentagon said it would lift the company’s designation.

The Biden order seems to shore up the U.S. government’s designations of Chinese military companies for now, though it seems to take a more precise approach. It did not redesignate Xiaomi, but it did name more than a dozen companies in addition to the ones named by President Trump. The administration would be well-served by working with Congress to shore up efforts to target firms that aren’t as evidently involved China’s military-civil fusion efforts but that nonetheless play a role.

In short, the announcement comes as welcome news to anyone concerned about the fact that U.S. investors have been inadvertently boosting China’s military-industrial base for years. There’s still, however, much more work to be done, and hawks will need to watch the administration’s next steps carefully.

Afghan Refugee’s tweet about the amount of food being given as...