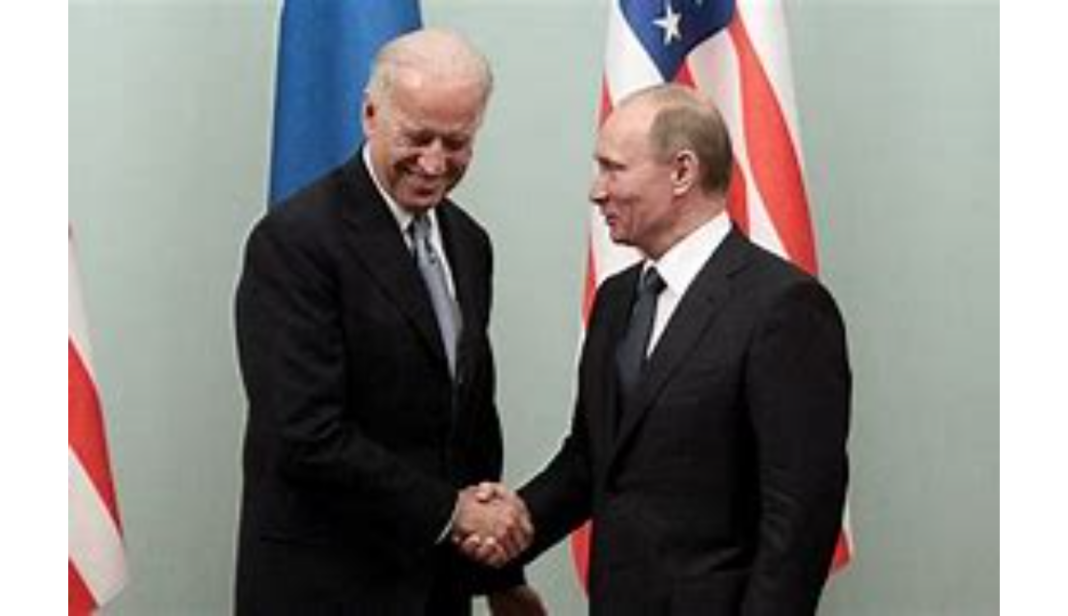 Fresh on the heels of his G7 disaster, Biden took a detour to Switzerland on Wednesday to meet with Russian President Vladimir Putin, and things did not go well.

For the past four years we’ve heard Democrats accuse former President Donald Trump of being under the thumb of Russia, but Biden’s dealings with Putin are an illustration of what true capitulation looks like. Trump, contrarily, held Russia to account with strong sanctions and tough rhetoric. Once again, the left and their media have things backward.

There were two exceedingly egregious missteps by Biden with Putin, and the first happened before the meeting even took place. Last month, after this week’s meeting with Putin, had already been arranged, Biden lifted one of the key sanctions we’d had in place against Russia relating to their Nord Stream 2 gas pipeline. It was a key bargaining chip that Biden flushed down the toilet without getting anything in return. Biden destroyed his negotiating position before even taking off for Geneva.

During the meeting this week, Biden’s next misstep was unforgivable, and related to the recent cyber-attacks from Russian operatives and their hacking American corporations with ransomware. We saw it with the Colonial Pipeline last month, and again this month with the JBS Meat production hack. Biden reportedly told Putin that only certain targets were “off-limits” to cyber-attacks. This, my friends, is the very definition of appeasement.

By even broaching the subject, Biden is admitting that Putin’s government is either enabling the attacks or actively promoting them. Such an approach by Biden is fine. Everyone knows this is the case, even if Putin won’t admit it. But the message then must be one of strength. “If you mess with us again Vlad, we’re going to retaliate and wipe out one of your industries.” Instead, Biden’s idea of toughness is, “Pretty please comrade, don’t do anything to our power grid.” Pitiful.

Biden’s list of “off-limits” targets consisted of sixteen infrastructure-related entities or industries. The question, of course, becomes this: So, Joe, if those sixteen are off-limits, is everything else fair game? The very idea of establishing what is within limits and off-limits is absurd. Where does this mindset come from? It’s unacceptable for Russia, or any other foreign actors for that matter, to hack American companies; any American companies. Period.

Had Biden kept the aforementioned pipeline sanctions in place, he could have had that item as leverage. Knock off the cyber-attacks Russia, and we’ll ease or lift the sanctions. Keep it up, and we’ll add more sanctions. But such an approach would take conviction, courage, and commitment to your country, and Biden has none of those things.

Tellingly, Putin was highly complimentary of Biden after the meeting, and why wouldn’t he be? He walked all over Biden. Just imagine the media’s reaction if Putin had gushed over Trump after a similar meeting. They would have lost their collective minds, saying “See! He’s beholden to Putin. He’s in cahoots with Russia.”