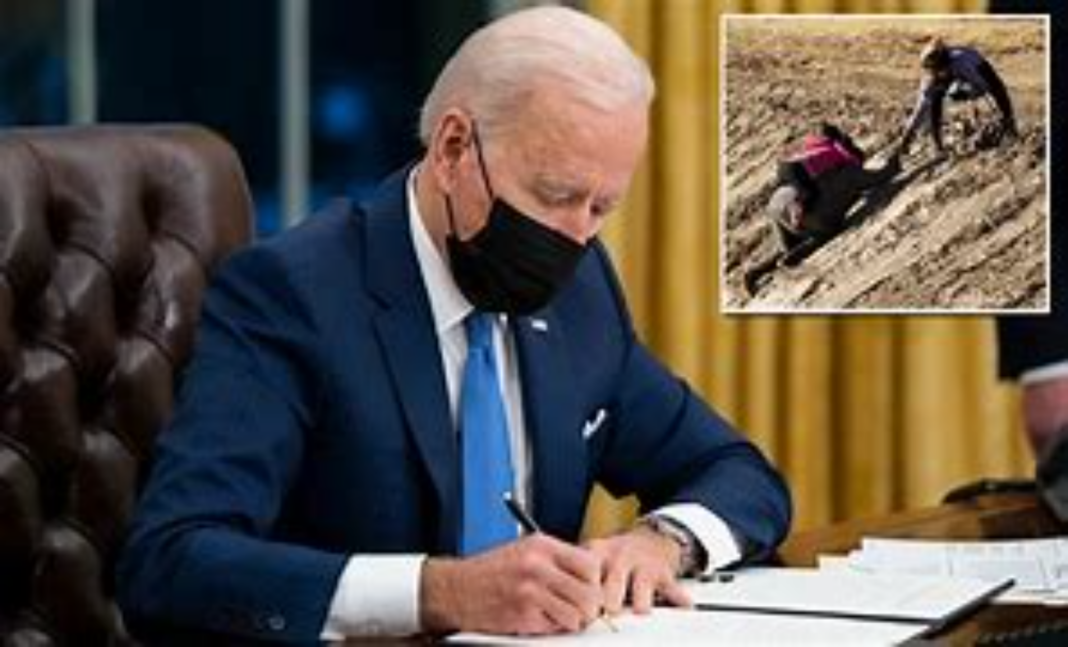 The Biden administration has been busy trying to figure out ways for illegal migrants to remain in the United States while their asylum claims are being processed. The flood of migrants to the southern border provided a need for strict policies during the Trump administration to enforce border security. Trump initiated policies that worked and many migrants were sent back over the border to wait in Mexico. The Biden administration is now going to bring back asylum-seekers who were denied claims and they will be allowed to remain in the U.S. as long as the process takes.

The Remain in Mexico program, formally known as Migrant Protection Protocols, was shut down by Joe Biden when he entered office. Asylum-seekers who had claims dismissed or denied are waiting along the border in Mexican communities for court hearings. The Department of Homeland Security announced Tuesday that they will now be allowed to wait in the United States for a second chance for their asylum claims. Registration begins today.

Under that criteria, it is unclear how many people will be eligible to be released into the United States pending a decision on their cases, according to a senior Homeland Security official who spoke on condition of anonymity because the announcement had not been made public.

But Michele Klein Solomon, the International Organization for Migration’s director for North America, Central America and the Caribbean, told the AP that she expected at least 10,000 people. Her organization is working closely with the Biden administration to bring people to the border and ensure they test negative for COVID-19 before being allowed into the country.

It sounds like NGOs are making the decision about these asylum-seekers as they are with those who are not in the Remain in Mexico program. I wrote about the Biden administration passing the task off on NGOs to decide who should and shouldn’t be allowed to claim asylum at the southern border. DHS isn’t being transparent on their policy decisions and not providing details when new decisions are made. Easing Title 42 restrictions on migrants apprehended at the border is a part of the plan to allow more illegal migrants into the United States, too.

Syracuse University’s Transactional Records Access Clearinghouse said the estimate of 10,000 people is low. Common sense tells us that, given the high number of migrants. It says that 34,528 migrants is a more likely number. It calculates that number by adding 27,842 who were denied their claim for failing to appear in court and 6,686 whose cases were dismissed. This number will in addition to the tens of thousands of migrants the Biden administration has already brought into the country to wait.

President Joe Biden halted the Remain in Mexico policy his first day in office and soon allowed an estimated 26,000 asylum-seekers with active cases to return to the United States while their cases play out, a process that can take years in a court system backlogged with more than 1.3 million cases. More than 12,300 people with active cases have been admitted to the U.S. since February, while others who have registered but not yet entered the country bring the count to about 17,000.

Many migrants are thought to have left the border region, thinking their cases are finished. This brings up the possibility that they will return. The administration acknowledges this possibility but brushes it off. The Biden administration continues to prove its indifference to the humanitarian crisis at the southern border. All of these moves by Biden are to own the Trump administration, to prove he is a compassionate president, unlike the bad Orange Man. His bone-headed moves have proven to be both feckless in putting a halt to the flood of migrants moving to the southern border and not humane at all to put their lives in danger. Drug trafficking and human trafficking are thriving businesses.

As with other policy announcements, this one sends mixed messages. It will add to the confusion at the border and add an additional burden on Border Patrol and ICE agents.

The Biden administration has not decided whether to admit people who showed up for court and had their claims denied, the official said. The logic behind the expanded eligibility is to give people who didn’t appear in court another opportunity.

About 6,700 asylum-seekers had cases dismissed, the vast majority in San Diego, often after judges found the government made a mistake in applying the policy or the migrants failed to appear.

Why announce a change in policy without having made critical final decisions? It’s likely due to the increase in pressuring the NGOs and other special interest groups are putting on Biden and Harris. Biden’s polling numbers on illegal immigration and handling the southern border are the lowest of his numbers so we know they are keeping an eye on that. Mid-term elections will be here before we know it and you can bet that this issue will be front and center in Republican campaigns. If it isn’t, they deserve to lose.