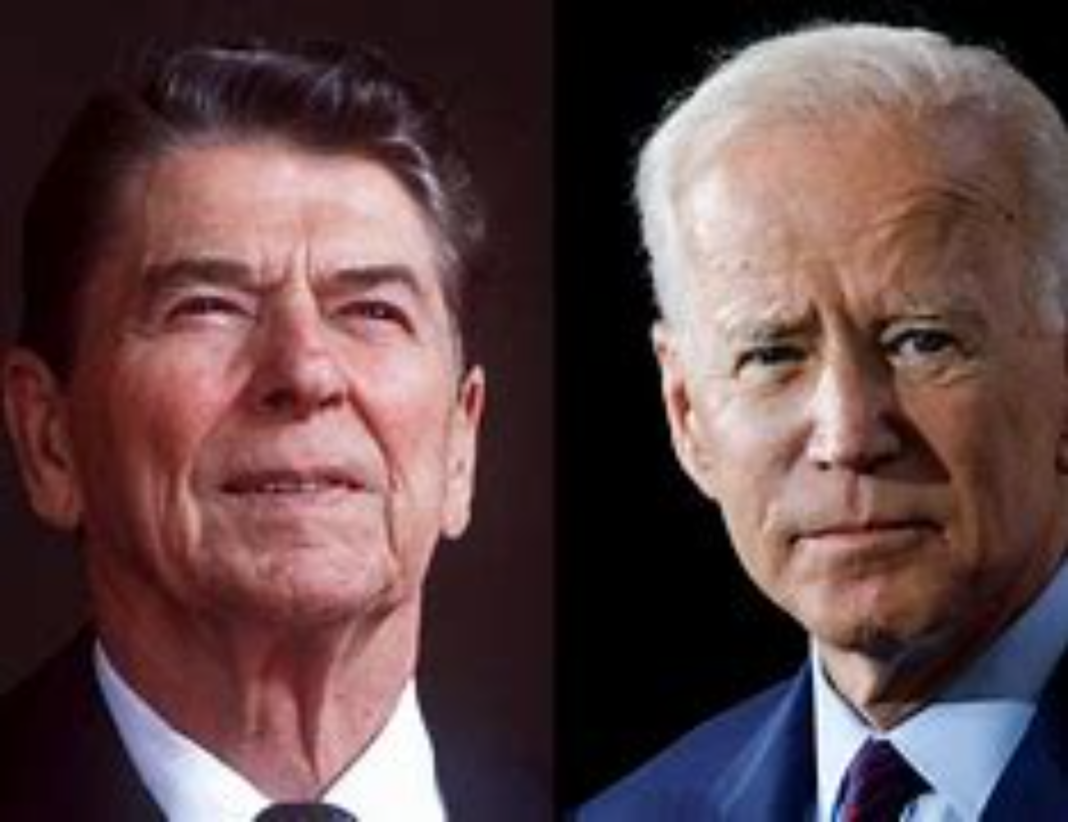 Of all the midterm takes out there, Scot Lehigh’s “it’s morning again in America” is … one of them. Even before today’s inflation numbers rolled out, the economic differences alone between 1984 and 2022 made this a laughable assertion:

Or at least it could be, if Joe Biden can seize the moment the way Ronald Reagan did back in 1984.

Gee, what moment would Joe Biden seize, exactly? By 1984, when the “Morning in America” ad rolled out, Reagan had tamed inflation, dramatically cut interest rates, and had engineered one of the largest job expansions in American history. In contrast, Joe Biden has presided over the largest jump in inflation in 31 years. Lehigh can be forgiven for not predicting today’s economic report on the consumer price index, but the wholesale price index report did come out yesterday and showed the highest inflation rate in 11 years on that metric.

Also, while my memory might be a little unclear after 37 years, I don’t recall Reagan presiding over a supply-chain crisis that he ignored until getting called out on it by the press.

Those long in the political tooth may remember the state of America as 1984 approached, the year Ronald Reagan ran for his second term as president. With an economic recovery from the deep recession of the early 1980s taking hold, unemployment had dropped from double digits at the beginning of 1983 to 8.3 in December. That’s close to twice the current rate of 4.6 percent.

Over the course of 1983, the economy grew at 4.5 percent, before hitting a bubbling, incumbent-boosting boil of 7.1 percent in 1984. Current estimates are that Gross Domestic Product will increase by 5.5 to 6 percent this year and 4 to 5 percent in 2022.

Long in the tooth I may be, because I recall what preceded Reagan and why this argument worked. What preceded Reagan was economic chaos and misery — so much so that the term “misery index” got coined to describe it. Interest rates were in double digits, as was inflation. In Jimmy Carter’s last two years in office, inflation was 13.3% and 12.5% year-on-year, respectively, and it was 9% in 1978 too. In the worst year of Donald Trump’s presidency, inflation was 2.3%, in 2019.

But Lehigh misses the forest for the trees here. The “Morning in America” campaign wasn’t about the specific economic numbers, but rather a sense of recovered confidence in the country and its leadership. Carter had suffered a confidence-crisis cascade in his final year in office, in part but not exclusively because of the economic conditions he helped create. The cascade got catalyzed in the Iranian hostage crisis but began with his “malaise” speech prior to that — which ironically had the official title of “Crisis of Confidence.”

Right now, it’s clear that Biden’s suffering his own confidence-crisis cascade. He’s not Reagan 1984 — he’s Carter 1980, and perhaps even sinking below that. America has lost confidence in Biden’s ability to govern, and reasonably so, given Biden’s performance. The catalyst for this crisis was Biden’s bug-out of Afghanistan and his abandonment of thousands of American citizens and legal permanent residents, now known to include hundreds of family members of US troops. That may well produce its own hostage crises at some point if the Taliban or other terror outfits identify and seize those Americans, and the inflation and supply-chain crises only add to the perception — and reality — of Biden’s incompetence.

Democrats already tried a “who you gonna believe, us or your lyin’ eyes” campaign in Virginia. Maybe they’ll follow Lehigh’s advice and try it on a national basis in the midterms. We can always pass more popcorn.

Border Crisis: Do not End Title 42

Less and less women are participating in the Workforce