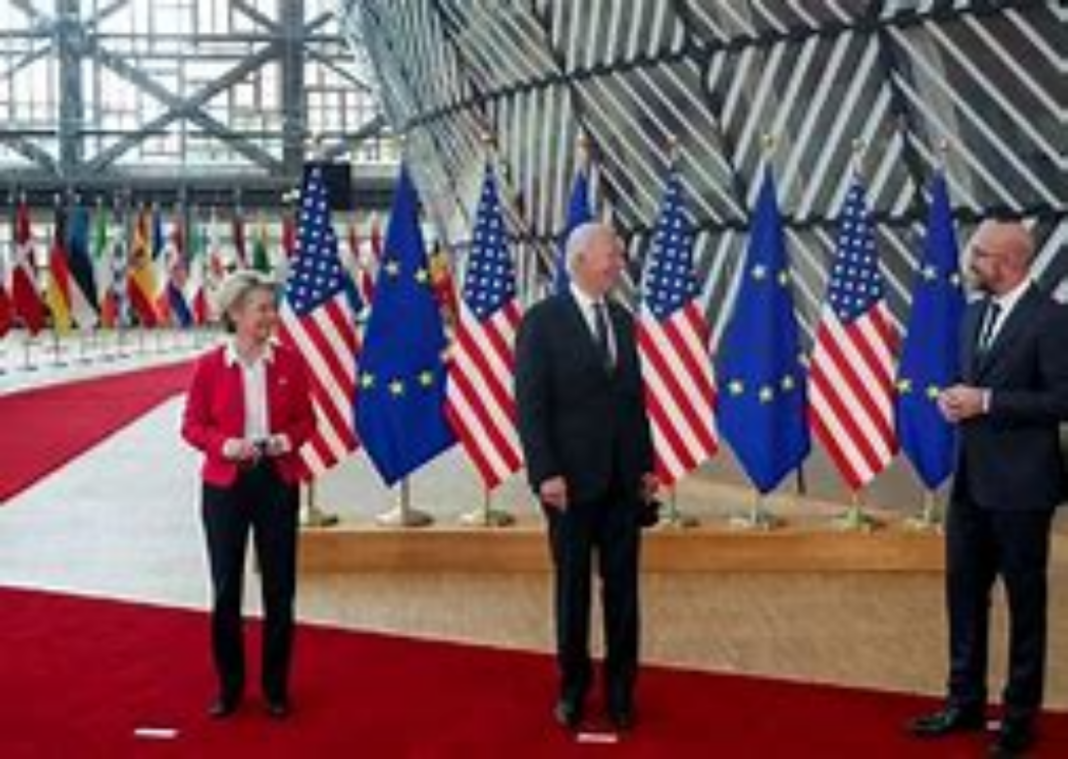 US President Joe Biden was seeking support in Brussels on Tuesday as he meets European Union leaders ahead of a meeting with Russian President Vladimir Putin.

European leaders were eager for a truce in trade wars that began under the Donald Trump administration, as well as progress in resolving a 17-year-long aircraft subsidy dispute.

Biden quoted the Irish poet W. B. Yeats at the start of the summit, saying the world was shifting and that Western democracies had to unite.

“The world has changed, changed utterly,” Biden said, citing from the poem Easter 1916.

His reference to changes that, he said, brought “great anxiety” appeared to touch on China, the COVID-19 pandemic and climate change — all key themes of his 8-day trip through Europe.

Sitting with US cabinet officials, Biden told the EU institution leaders that working together was “the best answer to deal with these changes.”

As the meeting went ahead, there was an interim solution to a longstanding dispute over the fairness of government subsidies that each side provides for its aircraft manufacturing giants — Boeing in the US and the EU’s Airbus. The dispute has seen tariffs imposed by both sides for the best part of two decades.

Biden said the deal would help face down Chinese competition. In a White House statement, he said it would “challenge and counter China’s non-market practices in this sector that give China’s companies an unfair advantage.”

In a statement written soon after entering the talks, von der Leyen welcomed the breakthrough. “This really opens a new chapter in our relationship because we move from litigation to cooperation on aircraft — after 17 years of dispute,” she said.

US Trade Representative Katherine Tai said the deal would suspend import duties for 5 years. She said the said the levies could be re-implemented if US companies were not able to “compete fairly” with those in Europe.

European leaders are also impatient that Biden as president has not yet addressed Trump’s 2018 decision to impose import taxes on foreign steel and aluminum. As the summit went ahead, they lifted retaliatory levies in the hope that the US would do the same.

What else is likely to be discussed?

The US president has been keen to marshal European support for his efforts to counter Russia ahead of his Wednesday meeting with Putin in Geneva.

Both the US and Russian leaders have described relations between their countries as being at their lowest point in years.

European officials are keen to set up a “high-level dialogue” with the US about Russia, to counter what they claim is Moscow’s authoritarianism and anti-Western sentiment.

The EU-US meeting is expected to include a communique that will address concerns about China’s perceived provocative behavior.

The document would follow a NATO summit communique that declared China a constant security challenge, saying that the Chinese were working to undermine the global rules-based order.

Are the updated COVID vaccines this fall going to work?