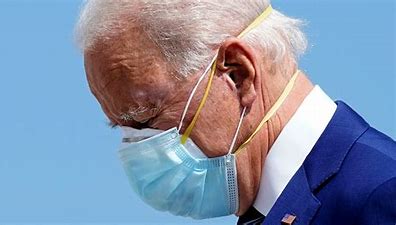 Despite the evidence that the federal government’s recommendations and measures to mitigate the COVID-19 pandemic have done more harm than good, a “bipartisan panel of health experts” is calling for a public health system overhaul that would give Washington even more authority over responses to future pandemics and other “health risks.”

The New York Times reported the panel, the Commonwealth Fund Commission on a National Public Health System, said in a report released Tuesday the federal government should have more authority to set minimum health standards and coordinate a patchwork of nearly 3,000 state, local and tribal agencies.

It also wants to address what it describes as the failures of public health agencies to protect Americans from health risks such as drug overdoses, diabetes and maternal mortality.

Powerline blogger Steven Hayward noted he had predicted as the COVID pandemic developed in 2020 that before it was over, “we’d surely hear calls for a cabinet level ‘Department of Pandemic Planning’ or some other equivalent of the Department of Homeland Security that we set up in the aftermath of 9/11 to ‘coordinate’ government agency activity at all levels of government.”

“Never mind,” Hayward continued, “the pretensions of centralized expertise, the belief in the magical powers of Washington to ‘coordinate,’ and the mission-creep (i.e., expanding the portfolio beyond pandemics to solve every other health problem by ‘address[ing] the failure of the nation’s public health agencies to protect Americans from other health risks’).”

In practice, he said, it will mean “no more Floridas or any other state or local government bucking the demands of Saint Anthony Fauci,” referring to the National Institute of Allergy and Infectious Diseases director.

“For more than a century now, government has grown bigger in the urgency of a ‘temporary’ crisis of some kind, but somehow never recedes back to where it was before the crisis,” Hayward wrote.

The failure of the government’s response to the pandemic is demonstrated in the more than 400 studies showing that COVID-19 lockdowns, shelter-in-place policies, school closures, masks and mask mandates have failed to curb virus transmission or reduce deaths.

The list was compiled by a former adviser to the World Health Organization and the U.S. Department of Health and Human Services, Dr. Paul Alexander.

“These restrictive policies were ineffective and devastating failures, causing immense harm especially to the poorer and vulnerable within societies,” Alexander wrote for the Brownstone Institute in an article in which he lists the studies.

Alexander said that while nearly all governments have attempted compulsory measures to control the virus, the research shows that no government can claim they have had a “discernible impact” on “virus trajectories.”

A study published in January 2021, for example, reported “in the framework of this analysis, there is no evidence that more restrictive nonpharmaceutical interventions (‘lockdowns’) contributed substantially to bending the curve of new cases in England, France, Germany, Iran, Italy, the Netherlands, Spain, or the United States in early 2020.”

“We’ve known this for a very long time now,” Alexander said, “but governments continue to double down, causing misery upon people with ramifications that will likely take decades or more to repair.”