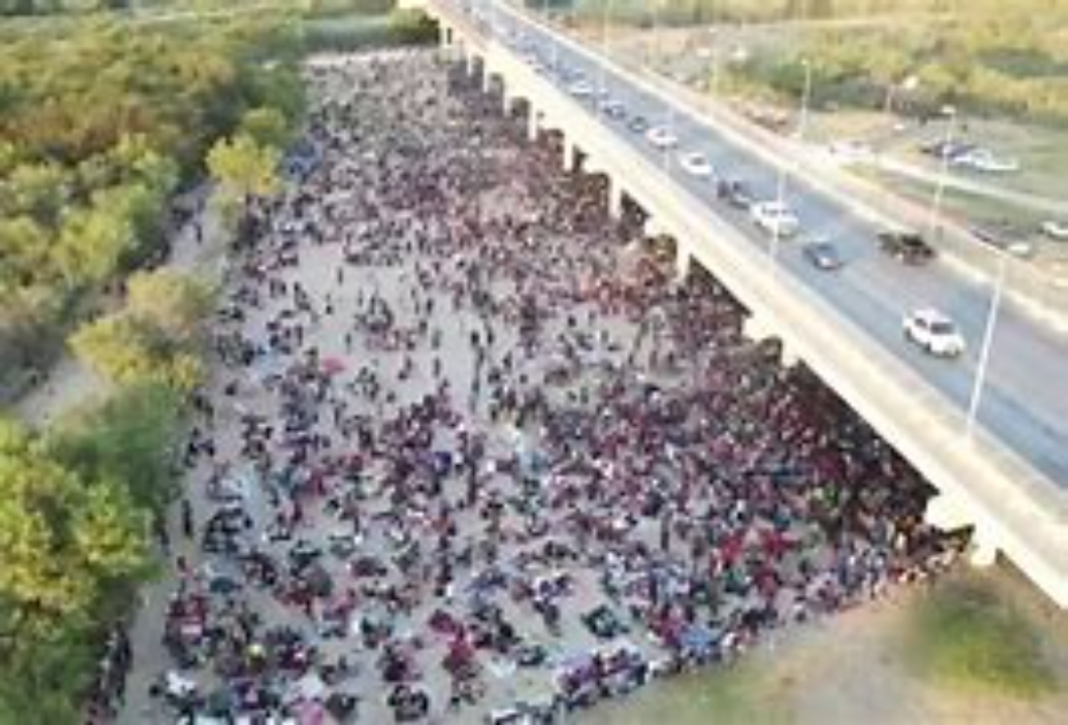 Joe Biden finally admitted what has been clear since the day he took office last January and started dismantling President Trump’s border and immigration policies–that the U.S. southern border is out of control.

The visuals of thousands of mostly Haitian migrants freely crossing back and forth across the U.S.-Mexico border at Del Rio, Texas while being held in a squalid outdoor internment camp by the Biden administration shocked even the Biden supporting media when Border Patrol agents on horseback were deployed to stop the illegal crossings. While walking to a meeting at the U.N. General Assembly in New York City Tuesday morning, Biden responded to a shouted question by a reporter who asked, “Mr. President, what’s your reaction to the images coming from the southern border?”

Biden muttered through his facemask, “Get it under control.”

Biden turned back and firmly said as he kept walking away, “We will get it under control.”

Reporter: “Mr. President, what’s your reaction to the images from the southern border?”

Prior to today the messaging of the Biden administration has been that the border is closed. Indeed Homeland Security Secretary Alejandro Mayorkas said that very thing to the Senate at a hearing Tuesday morning.

A migrant sits in his shelter after waking up amid others waiting to be processed in a makeshift camp along the International Bridge, in Del Rio, Texas. Photo by @adreeslatif pic.twitter.com/Evfkanl1A7

Chip shortage: Cars are getting expensive

The ‘Afghan Girl’ from National Geographic’s famous photo is evacuated to...