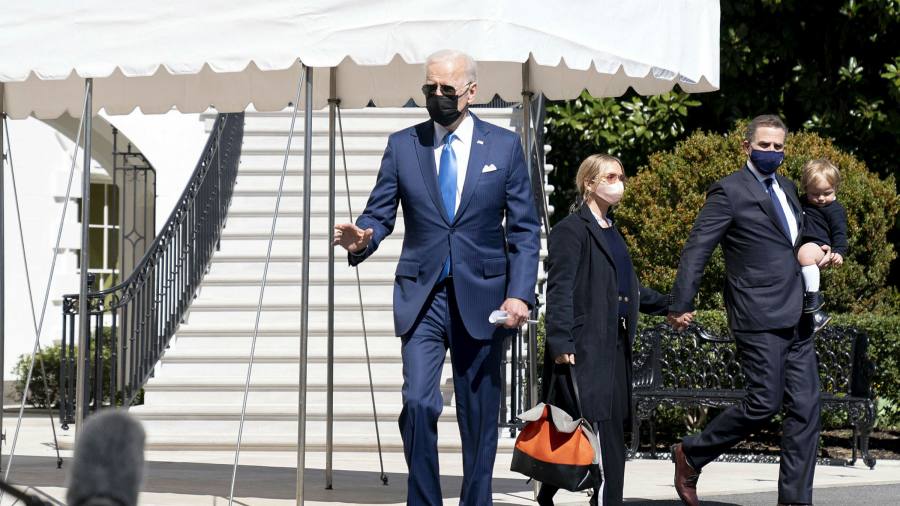 US president Joe Biden has asked Chinese president Xi Jinping and Russian president Vladimir Putin to join a summit of 40 world leaders he is hosting next month on the climate crisis, even after launching verbal attacks against both leaders in recent days.

“They know they’re invited,” Biden said on Friday afternoon on the South Lawn of the White House, before adding that he hadn’t “spoken to either one of them yet individually”.

The White House confirmed that Xi and Putin would be among the invitees in a statement that laid out the themes of the summit to be held virtually on April 22 and 23. It is expected to lay some of the groundwork for the UN climate change conference in Glasgow in November.

The White House said the summit would aim to “catalyse efforts” to “limit planetary warming” to 1.5 degrees Celsius. But it added that it would also “highlight examples of how enhanced climate ambition will create good paying jobs, advance innovative technologies, and help vulnerable countries adapt to climate impacts”.

Biden’s move to hold a climate change summit cements the dramatic shift in Washington away from Donald Trump’s scepticism of global climate initiatives. One of Biden’s first acts when he took office was to bring the US back into the Paris climate accord.

The invitation to Xi and Putin reflects the White House’s view that collaboration with Russia and China should proceed on climate change even as tensions flare in other areas.

Since taking office, Biden has adopted a much tougher stance towards Putin, including responding “I do” when asked by a reporter if he thinks the Russian president is a “killer”. Moscow has since recalled its ambassador to the US for consultations on repairing relations with America, which it described as spiralling towards a “dead end”.

Climate has also emerged as a rare area of co-operation between Washington and Beijing, despite the frictions exposed during the high-level meeting this month in Alaska between Antony Blinken, US secretary of state, Jake Sullivan, the national security adviser, and Yang Jiechi, China’s top foreign policy official.

During the 2020 presidential campaign, Biden called Xi a “thug” and reprised some of his criticism during a press conference at the White House on Thursday.

Donald Trump raised over $100 million for president in 2024