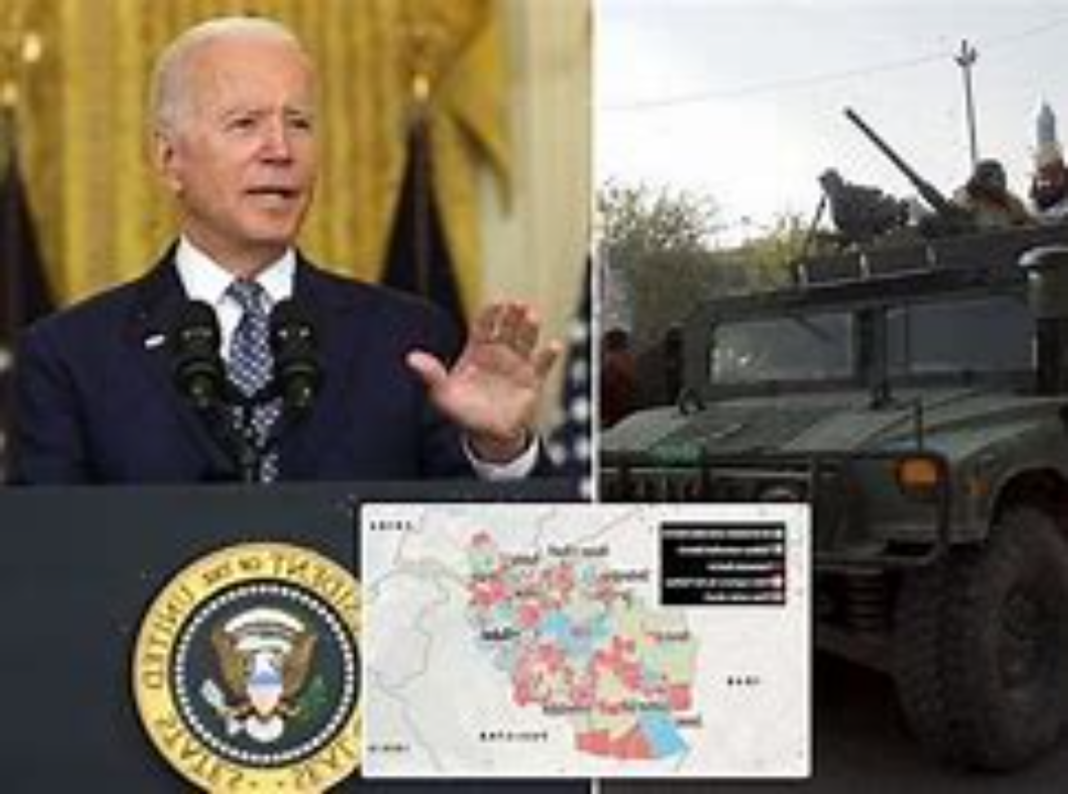 The White House says it isn’t ready to give up hope amid the Taliban’s wildly successful blitz campaign, but officials are making the specious point that the Islamist group should reconsider their actions if it wants to be taken as a legitimate player on the international stage.

The Washington Post reported earlier today that an internal military assessment found that the Taliban are likely to take Kabul within 90 days, and the paper cited some anonymous officials who think that it could fall even within a month.

“We are closely watching the deteriorating security conditions in parts of the country, but no particular outcome, in our view, is inevitable. We will continue to coordinate air strikes, with and in support of Afghan forces,” she also said.

“The Taliban also has to make an assessment about what they want their role to be in the international community,” Psaki added, reprising the line offered by Zalmay Khalilzad, the U.S. special representative to the Afghan peace process in Doha, during his conversations with the Taliban this week.

Nothing is inevitable, but the administration’s points here sound detached from the dismal reality on the ground where the Taliban have retaken nine of the country’s 34 capitals since Friday, leaving them in control of over two-thirds of Afghanistan. Kabul remains beyond the Taliban’s grasp, for now, but this stepped-up assault has included attacks on high-value targets within the Afghan capital.

The Post’s reporting shows that the administration, at least in private, sees the writing on the wall. But Psaki and others aren’t willing to concede the failure of Biden’s withdrawal yet, so they’re offering a questionable rhetorical backstop that makes it seem as though negotiating a political settlement remains remotely possible.

To Psaki’s credit, Afghan foreign minister Mohammad Haneef Atmar claimed that one does, at least if the international community “speaks with one voice” and pressures the Taliban, he said during an event hosted today by an Australian think tank.

But he also said, “We are probably experiencing the most massive, brutal, and opportunistic military campaign of violence and terror, by the Taliban, in the history of our country.”

That’s the military problem to which the administration is seeking a political solution.

Appealing to the Taliban’s desire to be recognized internationally seems like a losing strategy, with the Afghan government and its defense forces in disarray, President Biden’s reluctance to send much more help, and the current U.S. indifference to the plight of the country. The U.S. has signaled no increase in air strikes (which are conducted from abroad, since Bagram air base was shuttered in June), and the administration reportedly is cool to the idea of even continuing them past the August 31 withdrawal deadline.

The Afghan government wants help, but if Biden and his team are to be taken at their word, all they can muster is an attempt to make Taliban negotiators uncomfortable in their palatial Doha hotel suites.

One Day Left to Give