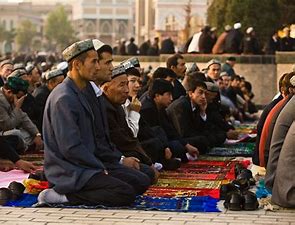 To the backdrop of the start of the Winter Olympics, the House voted last week to advance the America COMPETES Act — a massive industrial-policy bill pushed by congressional Democrats. While Republicans fiercely opposed the legislation, some portions of the bill received surprising bipartisan support.

One of those measures would require the Biden administration to take action against four companies involved in forced-labor abuses in Xinjiang. That’s significant, because these are steps that congressional Republicans have unsuccessfully advocated. A number of Republican amendments to the bill were blocked by Democratic leadership, but when Representatives Jim Banks and Joe Wilson of the Republican Study Committee put forward the forced-labor measure, Democrats approved it as part of a larger package of amendments put together by House speaker Nancy Pelosi’s team.

In a letter to President Biden on February 3, the two GOP lawmakers laid out their case for sanctioning the four companies:

We are writing to respectfully request that you review whether the Chinese solar panel company Longi, metallurgical-grade silicon and solar-grade polysilicon producer East Hope, photovoltaic materials supplier GCL New Energy, and polysilicon manufacturer Xinjiang Daqo meet the criteria for designation under the Uyghur Human Rights Policy Act (as amended by the Uyghur Forced Labor Prevention Act), the Global Magnitsky Human Rights Accountability Act, and any other relevant provision of law.

Essentially, there’s credible evidence indicating that each of them has been implicated in forced-labor practices — and, in fact, each of the firms has been subject to U.S. government enforcement actions. Customs and Border Protection has withheld Longi imports over forced-labor issues, and the other three companies have been blacklisted by the Commerce Department for their involvement in human-rights abuses.

There are two interesting aspects to note here. First, Banks and Wilson point out that climate envoy John Kerry reportedly has an investment in Longi, and they asked the president to address the apparent conflict of interest.

And second, Washington has previously declined to use some of the other, more punishing tools at its disposal, such as Specially Designated National sanctions — which are much stricter. Putting these firms on the SDN list would prevent Americans from conducting any transactions at all with these companies — which is significant, because as Wilson and Banks note, Tesla has been reported to use Longi products. Doing so would also freeze any assets these companies have in the U.S.

With the passage of the Uyghur Forced Labor Prevention Act late last year, Congress handed the president a new requirement to sanction such companies. But even without that bill, the 2020 Uyghur Human Rights Policy Act imposed mandatory sanctions on people carrying out mass atrocities in Xinjiang — but to this date, the U.S. has not made a single designation under that bill.

If this bipartisan amendment to COMPETES, which is headed to a bipartisan negotiation process, remains in the final version of the legislation that passes, it could result in the first designations under the 2020 law. There may be partisan rancor over some key aspects of America’s policy toward China and the COMPETES bill, but on slave labor, at least, Republicans and Democrats have shown a willingness to work together here.

Gina Raimondo:Republicans Demand Answers on Her Financial Ties to China

James Carville:’Wokeness’ Is the Politics of the Faculty Lounge