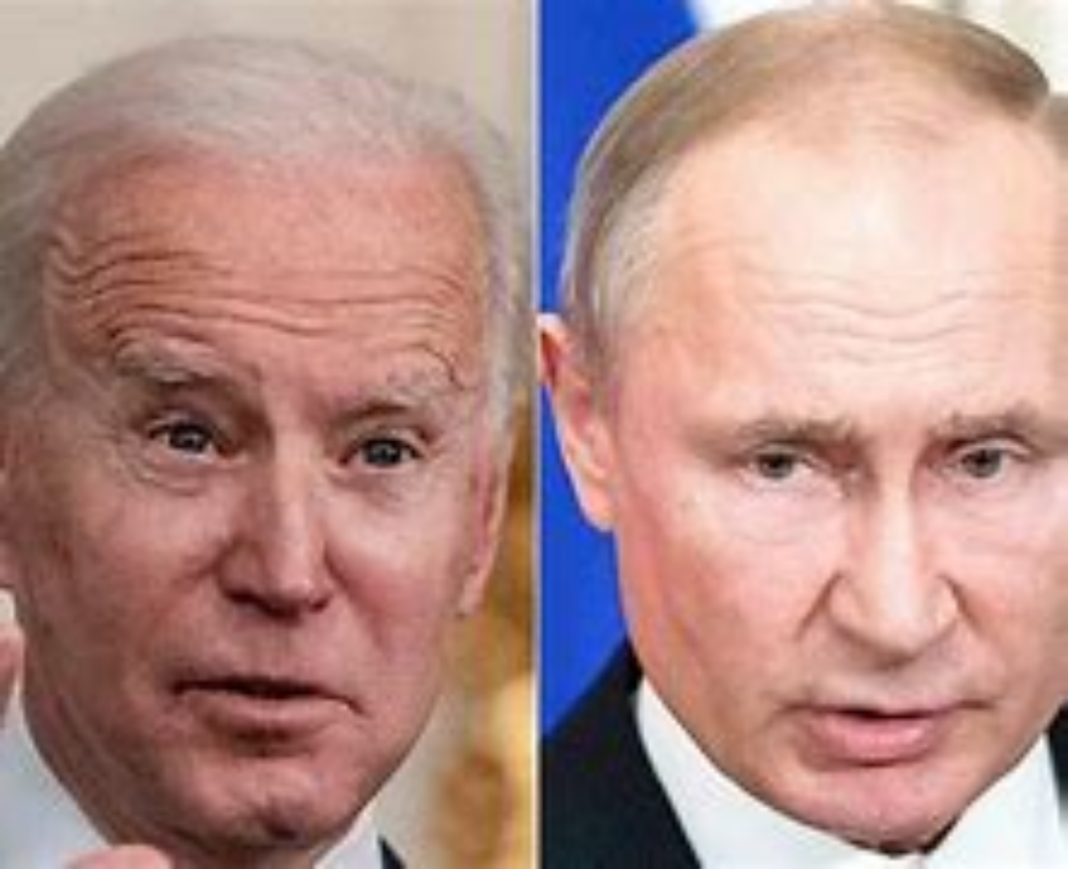 There can be just one winner in the showdown between Vladimir Putin and the West.

That’s something that U.S. President Joe Biden should keep in mind as he prepares to meet with the Russian president on Wednesday.

Faced with the Russia’s aggressive attitude abroad, Western leaders have generally focused on preventing further advances by Putin’s revanchist regime — what is traditionally referred to as “containment.” They see this as the firmest possible attitude.

The trouble is that’s exactly what Putin wants. The status quo constitutes a major risk because it represents a net gain for Moscow. It validates the Russian leader’s strategy of fait accompli.

In concrete terms, a containment strategy means that it would be impossible for Georgia to recover the 20 percent of its territory that has been de facto annexed by Russia, or for Ukraine to recover Crimea. It would endorse the existence of a frozen zone in part of Ukraine’s Donbas region where low-intensity conflicts would continue. Kyiv would not regain its territorial integrity.

In Belarus, this approach would mean that the West would accept the country remain in Moscow’s zone of influence — even though, as U.S. Secretary of State Antony Blinken has said, this notion is incompatible with our conception of the order established after World War II and with the freedom of peoples.

The United States and the European Union must make it clear that Russia has no special rights in Belarus. European leaders must resist the temptation to declare that the Kremlin could be part of the solution, when it is, in fact, the main problem.

In Syria, under the containment strategy, Russia would continue to support, along with Iran, the regime of Bashar al-Assad, which is guilty of crimes against humanity, and would continue to perpetuate its own war crimes against the Syrian population. This approach would also endorse the lasting presence of Russian troops in Nagorno-Karabakh, making Moscow the arbiter of conflicts in this region of the Caucasus — and the real winner of the conflict there.

A pure freeze in relations between Russia and the West would not prevent Moscow from continuing its destabilization operations in Africa either. These are taking place in the Central African Republic, Mali and Chad, with the help of Russian mercenary company Wagner. Given the link between conflict and migration, these have serious consequences for the security of European democracies.

As former Obama adviser and U.S. Ambassador to Russia Michael McFaul recently wrote, the goal cannot be to improve relations with Russia. Such an improvement would mean giving in to Putin’s demands, refusing to counter him and, as we have done all too well over the past 21 years, accepting the concessions demanded by the Russian president. As the Belarusian researcher Tadeusz Giczan stated, the only area in which Moscow should have a say is in Russia itself — but even that does not mean it can repress its own people.

Democracies are locked in a kind of zero-sum gamewith Moscow. If we don’t win, Russia will. In order to clinch a victory, however, we have to reverse Moscow’s aggressive expansion of influence. Russia must gradually lose what it has conquered so far.

We find ourselves in this position for a simple reason: We have let the Kremlin set the agenda. We have reacted, but we have not acted. We have not been able — through cowardice, lack of intelligence and sometimes complicity — to take the initiative. This trend cannot continue. Russia must be made to lose.

To accomplish this, we must weaken not so much the country as the narrow circle of leaders benefiting from Putin’s policy of aggression.

This will require, first of all, that the U.S., Europe and the United Kingdom agree on a flawless anti-corruption legislation. Washington and London must work with as many EU capitals as possible — even if it means bypassing reluctant European countries in which some near the circle of power benefit economically and financially from the current approach.

Russian opposition leader Alexei Navalny’s team has suggested measures against 35 individuals from Putin’s inner circle, a proposal recently supported by the newly created anti-corruption caucus in the American Congress. In addition to this, all important economic agreements with Moscow must be suspended. The Nord Stream 2 pipeline is just the most critical example.

In Ukraine, we need to provide much more assistance to the military, enabling it to better respond to Russian attacks and stop thinking that there can be a compromise with Moscow on the back of Ukraine’s territorial integrity. Even if it will take a long time, we cannot refuse the principle of Ukraine’s possible membership in NATO, or even the European Union. The same applies to Georgia.

In Belarus, in addition to heavy sanctions against repressive authorities, we must also recognize the opposition in exile as the only legitimate transitional government before elections, which will have to be supervised by independent and trustworthy observers. The question of regime change must be openly addressed, while making it clear that no one is suggesting that this should happen by force. Let’s stop using the empty words “inclusive political solution,” which mean nothing.

In Syria, allies must bypass the obstacle of Moscow — supported by Beijing — systematically vetoing, in the U.N. Security Council, any delivery of international aid going into the country outside the control of the regime. The allies must send a strong message to those Gulf states that would be tempted to go along with Russia that recognition of the Assad regime will not be without consequences.

Finally, sub-Saharan Africa cannot remain a kind of terra incognita outside the atlas of the great powers, in particular the U.S. Here too, heavy sanctions against the inner circle of Russian leaders should be deployed to put an end to the aggression.

It is time for the winds to change against Putin’s regime. Only by making sure Russia loses its game of chicken with the West, can the security of Western democracy be guaranteed and Putin’s potential imitators be dissuaded.

Fake News: Roger Stone was the mastermind behind the insurrection