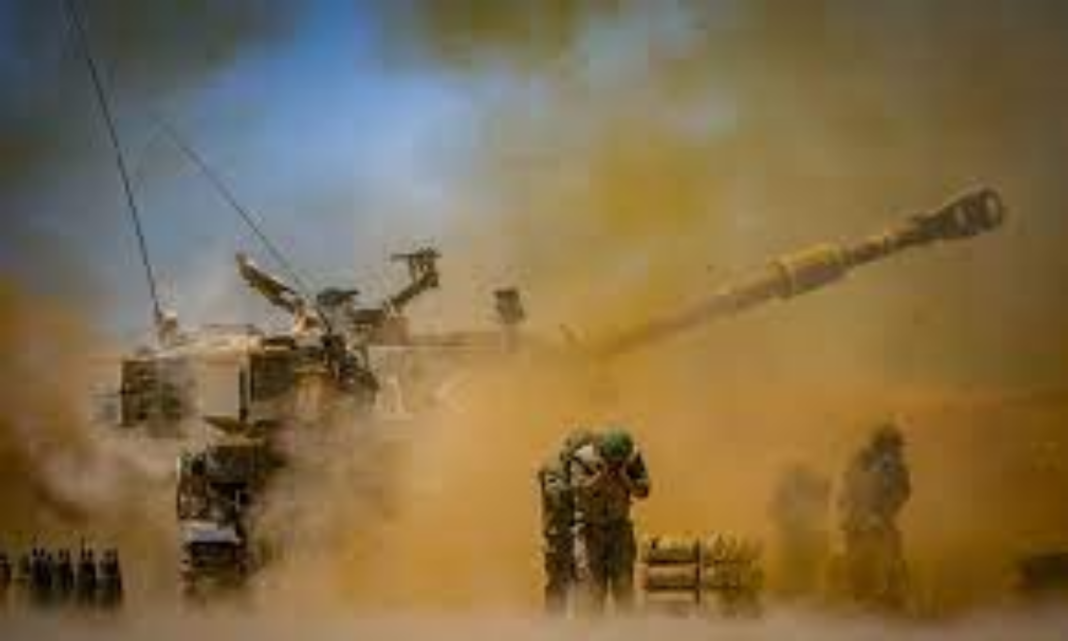 His statement here is generally pro-Israel, noting the country’s right of self-defense, pledging to help replenish the Iron Dome system, and stressing that the U.S. will work with the Palestinian Authority rather than Hamas to deliver humanitarian aid to Gaza. But behind the scenes Biden was reportedly twisting Netanyahu’s arm to stand down in a way it hadn’t been twisted in years:

A day earlier, in the most assertive language yet used publicly by the White House since the fighting began eleven days ago, Biden said he “expected a significant de-escalation today on the path to a cease-fire.”

Biden’s intervention was a sharp departure from what Netanyahu experienced during four years of the Trump presidency and sources inside the prime minister’s circle told Israeli media that Netanyahu was taken aback. He found himself caught between pressure to accommodate Israel’s most important ally and the need not to appear weak before his right-wing base.

Biden was having his own arm twisted by a vocal American left, which will forever view the Israeli/Palestinian conflict through the lens of race and colonialism, as it does virtually everything. Biden’s mention of Iron Dome, a defensive system, is noteworthy in light of the demands progressives were making of him:

The United States should not be rubber-stamping weapons sales to the Israeli government as they deploy our resources to target international media outlets, schools, hospitals, humanitarian missions and civilian sites for bombing.

We have a responsibility to protect human rights. https://t.co/OctBNYFpwp

Israel doesn’t “target” media outlets, hospitals, schools, or civilian sites. It targets Hamas operations, some of which are based in the same buildings as media outlets, hospitals, schools, and civilians because Hamas knows that useful idiots like AOC will blame Israel rather than them for involving those sites in battle. We’ll see if she gets her wish, though, in trying to block sales of nearly a billion dollars in JDAMs, a.k.a. “smart bombs,” from Washington to Tel Aviv. Was Biden’s stated support for Iron Dome in today’s remarks a subtle way of implying that he’d be less willing to supply offensive weapons going forward?

The ceasefire is supposed to be unconditional, but as with all matters involving these two sides, that seems to be in dispute:

Osama Hamdan, Hamas’ top official in Lebanon, said the militant group had won concessions from Israel on several contentious points. It said these include Israel’s interference at al-Aqsa Mosque in Jerusalem and in the East Jerusalem neighborhood of Sheikh Jarrah, where Israeli settlers have been seeking to evict several Palestinian families. These were two flashpoints that triggered the military escalation earlier this month…

But Israeli officials said the cease-fire agreement called only for the immediate halt to military operations. The security cabinet statement emphasized that the deal entailed a “mutual and unconditional ceasefire.” Members of the cabinet speaking later to Israeli media said no concessions had been made on Jerusalem.

Hostilities are supposed to end at around 7 p.m. ET but at least one side is trying to get in last licks, assuming they honor the ceasefire at all:

It’s 1:30am in Israel, and thousands of civilians are threatened, as a barrage of rocket attacks hit the country. Where is the outrage by the international community? pic.twitter.com/A2lpvWbUOS

What did each party accomplish over the last 11 days? Israel may have degraded Hamas’s attack capabilities somewhat but Biden’s friends in Iran will resupply them eventually, possibly with financial help from the U.S. As for Hamas, they ended up throwing their nemesis Netanyahu a political lifeline, attacking Israel less than a week after he failed to form a new government. Biden would doubtless prefer to have a more dovish leader in charge in Israel. Oh well. Watch below.