Roce Today – Politics, Opinions, Gun Rights,Pro-Life and Border Wall
Home Politics Biden: No question of our credibility from our allies over Afghanistan Withdrawal 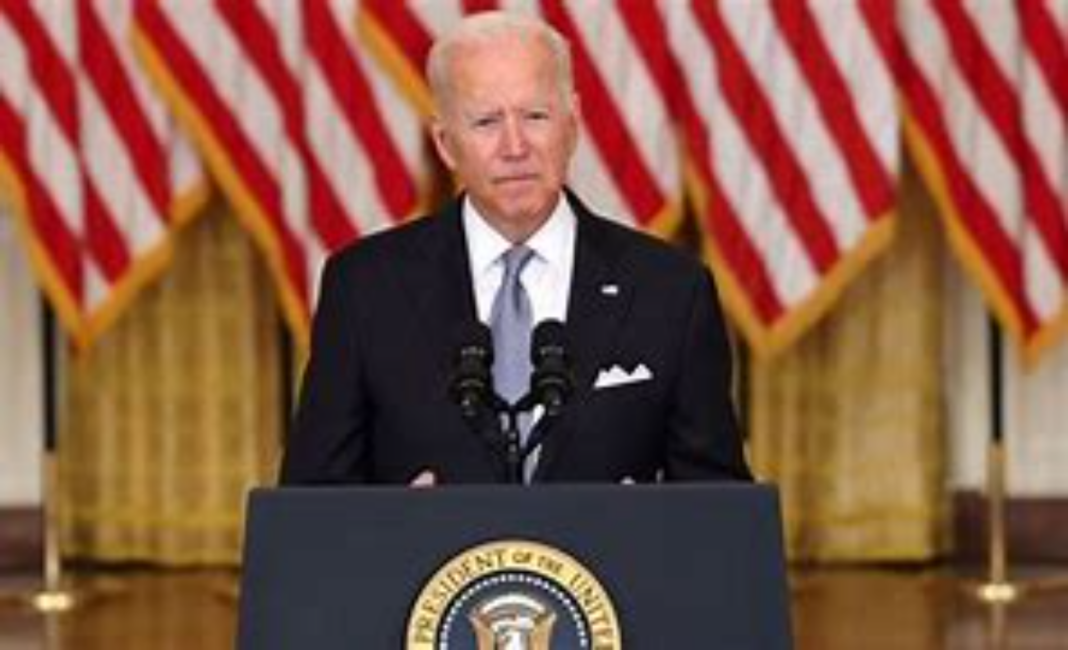 Here again is the single most outlandish soundbite from this afternoon’s presser.

Following criticism of the United States' conduct in their withdrawal, Biden says he has seen "no question of our credibility from our allies around the world." https://t.co/nkdo355FUf pic.twitter.com/N2DHg3KTqX

That’s brazenly false, as I explained in this post. But we’re discovering hour by hour just how false it is.

It turns out Biden screwed our allies by making a security guarantee he ultimately couldn’t keep. And now our allies are screwing him back by leaking on him:

President Joe Biden told key allies in June that he would maintain enough of a security presence in Afghanistan to ensure they could continue to operate in the capital following the main U.S. withdrawal, a vow made before the Taliban’s rapid final push across the country, according to a British diplomatic memo seen by Bloomberg.

Biden promised U.K. Prime Minister Boris Johnson and other leaders at the Group of Seven summit in Cornwall, England, that “critical U.S. enablers” would remain in place to keep Kabul safe following the drawdown of NATO forces, the note said. British officials determined the U.S. would provide enough personnel to ensure that the U.K. embassy in Kabul could continue operating…

The British document also showed that the U.S. was privately briefing allies that they should be prepared for a Taliban offensive before any settlement that might have allowed former President Ashraf Ghani to remain in power. U.S. diplomats said that the Taliban would “test the Afghan government militarily” before they started taking seriously peace talks that were taking place in Doha, the note said.

Biden took a beating over the withdrawal fiasco in a session of Britain’s Parliament on Wednesday but not as much of a beating as Boris Johnson did. I assume BoJo’s office leaked the diplomatic memo to alert critics at home to the fact that the fault for British diplomats and interpreters not getting out sooner lies with the United States, not with him.

As for the security guarantee Biden made, the timeline is important. The G7 was held from June 11-13. Just three weeks later, U.S. forces bugged out of Bagram air base, a decision the Pentagon is still struggling to explain. Mark Milley suggested yesterday that the White House wanted a very small contingent of troops left in the country and what was left wouldn’t have been enough to hold Bagram and protect American diplomats in Kabul. And so John McCormack asks a good question: Why was Biden guaranteeing in mid-June that there’d be no trouble getting everyone out if he was intent on abandoning America’s biggest and most secure airfield just a few weeks later? Did he give key allies like the UK a heads-up that we were ditching Bagram?

And how did he think a few hundred American troops were going to secure and hold Kabul such that diplomats would have plenty of time to evacuate as the Taliban advanced on the city?

The timeline is an issue with the cable from American diplomats in Kabul that the WSJ reported on yesterday. State Department employees warned Washington on July 13 “of rapid territorial gains by the Taliban and the subsequent collapse of Afghan security forces, and offered recommendations on ways to mitigate the crisis and speed up an evacuation.” They predicted that the country could fall soon after the August 31 withdrawal deadline — a prediction that proved too optimistic, as it turned out, but at least conveyed the need for haste. Was that cable shared immediately with NATO? If not, why not?

European allies *do* seem to have had some inkling that things might go sideways sooner than expected since they began evacuating their people sooner than we did. Which is revealing in showing that their confidence in Biden’s security guarantee for Kabul waned much sooner than two weeks ago. When, precisely, did they come to the conclusion that he was full of sh*t?

I think this assessment of European sentiment is correct:

President Biden has damaged his credibility.

Now in a speech and press conference he’s made statements that just do not correspond with his own previous statements and the reality of what’s on the ground in Afghanistan.

To be clear, you can’t find a leader in Europe that wishes Trump were still in office (unless you consider Orban a leader).

But “America is Back” has taken a lasting hit among NATO allies.

The New Yorker’s Susan Glasser: “We’ve seen comments from allies and partners in Germany and the U.K, and elsewhere, strongly critical” of Biden’s botched withdrawal. pic.twitter.com/xXuaMLXhpP

It’s no coincidence that Kamala Harris is off to Vietnam and Singapore today, a symbolic gesture to show the Far East that the U.S. isn’t abandoning it to face the ChiCom menace alone despite having just abandoned Afghanistan to Taliban rule.

NATO Is now lobbying for the August 31 withdrawal deadline to be extended for the simple reason that there’s no way to get everyone out before then. There are too many people and the logistics are too complicated. A Taliban spokesman was asked about the deadline a few days ago — and surprisingly had no problem with extending it:

Yes, on the basis of the Doha agreement, the Americans should leave peacefully and they withdraw from Afghanistan peacefully. So during their withdrawal from Afghanistan, we will not attack them. That was written in the Doha agreement. But as you see, the Americans violated that agreement. It was until the 1st of May that they should have withdrawn all their forces and then President Biden said that we will withdraw until Sept.11. But still, we restrained our forces not to attack American troops because they are withdrawing from our country. And so we expect them that they withdraw until Sept. 11.

Maybe the Taliban views a sustained evacuation as being in its self-interest. The fewer U.S.-trained Afghans are left in the country after September 11, the less cultural and military resistance the Taliban might expect from the remaining population. But they may prefer a longer evacuation for propaganda reasons too. The scene at the airport is humiliating for the United States so why not drag it out as long as possible? And if it drags all the way to the 20th anniversary of 9/11, cementing America’s symbolic defeat, so much the better for them.