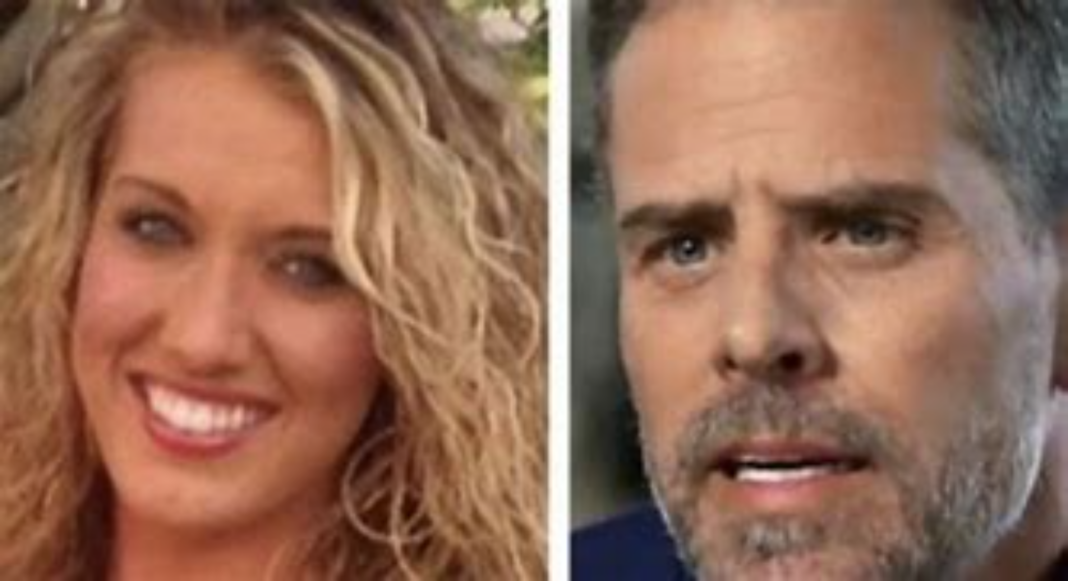 In 2018, Hunter Biden “ordered” a Russian hooker named Yanna and asked her to come party with him at the Chateau Marmont, a swanky hotel on Sunset Blvd in Hollywood frequented by celebrities.

The Gateway Pundit previously obtained contents from Hunter Biden’s abandoned laptop that included damaging information on the Biden family, Joe Biden and pictures and videos Hunter took of his escapades with prostitutes and family members.

“Hi, My name is Rob. I’m staying at Chateau Marmont. Are you available now?” Hunter said in a message to Yanna through an escort site where she is described as “Russian, Green Eyes, Thin Brunette, an elite courtesan” along with a menu of her services.

The problem begins when Yanna wants to be paid $8,000 for her services and Hunter Biden’s debit cards aren’t working.

After trying several cards, Hunter pulls out the magic card and bingo — the hooker gets paid and hungover Hunter goes back to sleep.

Apparently all the attempts to pay Yanna actually went through and Hunter is out $25,000.

This is when the Joe Biden’s Secret Service gets involved and tells Hunter the card he used to pay the hooker is linked to “Celtic’s account” – “Celtic” was Joe Biden’s secret service code name when he was VP.

What we do know from the laptop is that a few hours after Hunter’s debit-card woes began, text messages start arriving that are labeled as being from Robert Savage III. Savage was once the Secret Service’s special agent in charge of the Los Angeles field office and a contact card for him appears on the laptop, with a photographic avatar, phone number and Secret Service email address.

The Secret Service told The Post that Savage retired from the agency on April 30, 2018 — weeks before the Biden debauchery — and that the agency “did not provide protection to any member of the Biden family in 2018.”

Savage’s lawyer says, “My client has never met or communicated with Hunter Biden and has never been to the Chateau Marmont and had not even heard of the hotel. In fact, my client was retired before the date of these fabricated text messages.”

The activity recorded on Hunter’s devices shows Savage sending Hunter an urgent missive on May 24 at 6:37 p.m.: “H – I’m in the lobby come down. Thanks, Rob.”

Five minutes later, Savage texts again: “Come on H, this is linked to Celtic’s account. DC is calling me every 10. Let me up or come down. I can’t help if you don’t let me H.”

“Celtic” was Joe Biden’s Secret Service code name when he was vice president.

Did one of the credit cards used to pay Yanna belong to Joe Biden? Was it a shared account?

Hunter replies: “I promise be right down. Sorry.”

Five minutes later, Savage texts Hunter again to say that Dale Pupillo, a retired deputy assistant director of the Secret Service, who used to guard his father, has arrived. Invoices indicate that Pupillo did background checks for Hunter on potential business partners. Pupillo did not return requests for comment.

“He’s going to front desk, call and tell them to give us a key now H.

“As your friend, we need to resolve this in the immediate.

“Call the front desk now H or I will have to assume you are in danger and we will have to make them give us the keys.”

For nine minutes, Hunter does not reply.

“Really, Rob I am coming down right now,” Hunter texts at 6:54 p.m. “I really promise. Was in the bathroom buddy. Coming right this second.”

What these apparent minders told Hunter next isn’t recorded on his devices. We know Hunter stays up the rest of that night, logging into an encrypted government site, “secure.login.gov,” a number of times until 4:04 a.m.

Elon Musk rips Biden as the Anchorman president on the teleprompter