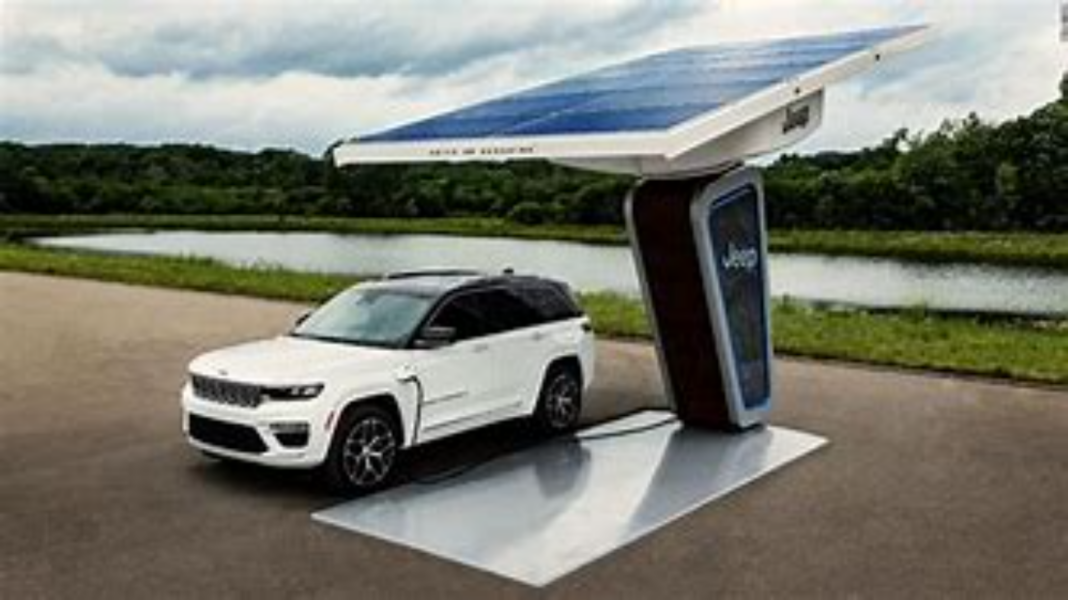 Since the overwhelming majority of Americans prefer gas-powered cars to electric vehicles, the Biden Admin will just force the EVs on the population.

Joe Biden will also be announcing a proposed federal fuel economy and emission standards through the 2026 model-year, CNBC said.

President Joe Biden will set a new national target on Thursday for the adoption of electric vehicles, calling for them to represent half of all new auto sales by 2030, according to senior administration officials.

The target is expected to be supported by companies such as General Motors, Ford Motor and Stellantis, formerly Fiat Chrysler. Executives of the Detroit automakers are scheduled to attend an event Thursday at the White House and pledge EV sales of between 40% and 50% by 2030.

Though the president will sign an executive order, the sales target is not mandatory. Instead, the document encourages the U.S. auto industry and government to promote legislation and the adoption of electrified vehicles. The target includes zero-emission vehicles powered by fuel cells and batteries as well as plug-in hybrid models with internal combustion engines.

The order “doesn’t function as a mandate, but it does create the conditions for us to meet that goal,” Treasury Secretary Pete Buttigieg told CNBC’s “Squawk Box” on Thursday. “We have got to act, the transportation sector is the biggest part of our economy emitting greenhouse gases, and cars and trucks are one of the biggest parts of that.”

One in five electric vehicle owners in California switched back to gas-powered because of the inconvenience of charging.

It only takes a few minutes to fill up a gas tank, yet some electric vehicles need several hours of charging to drive 35 miles.

Charging electric vehicles is a total “hassle” say 20% of EV owners surveyed between 2012 and 2018 so they’re going back to gas, researchers found.

Electric buses are melting in the California heat, catching fire and cost too much to fix.

The Biden Admin and the Marxists in California are trying to force electric vehicles onto American citizens through “infrastructure” plans and executive orders.

Britain has become the latest country to ban Binance, the cryptocurrency...