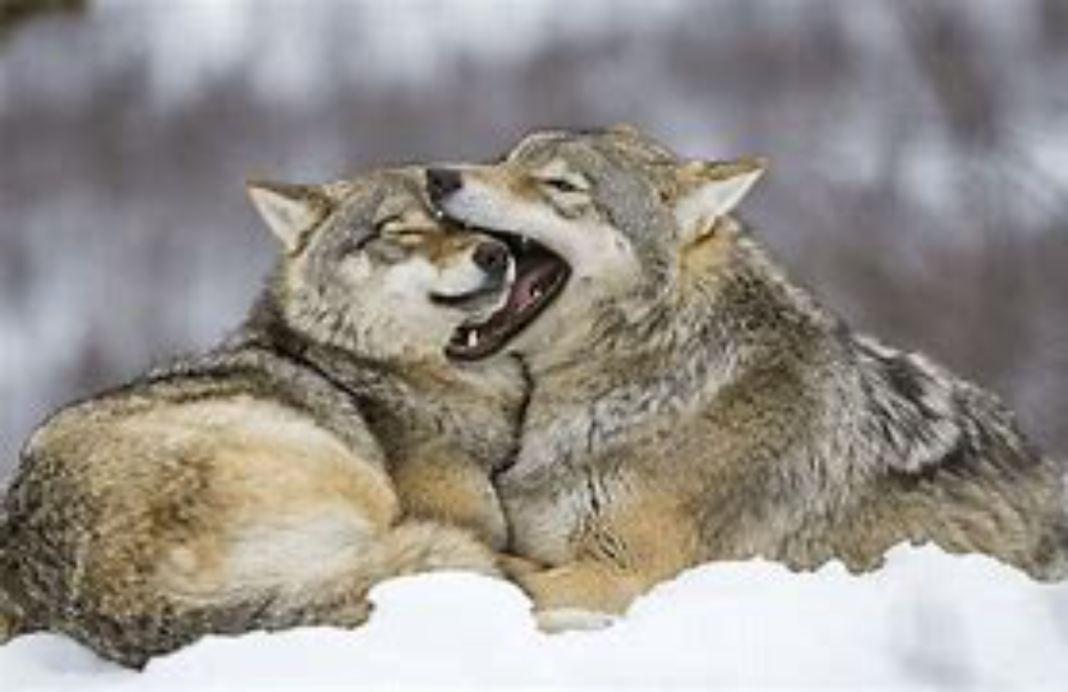 FARIBAULT, Minn. — President Joe Biden’s administration is sticking by the decision under former President Donald Trump to lift protections for gray wolves across most of the U.S. But a top federal wildlife official on Friday told The Associated Press there is growing concern over aggressive wolf hunting seasons adopted for the predators in the western Great Lakes and northern Rocky Mountains.

Wolves under federal protection made a remarkable rebound in parts of the U.S. over the past several decades, after being driven from the landscape by excessive hunting and trapping in the early 1900s.

States took over wolf management last decade in the Northern Rockies and in January for the remainder of the Lower 48 states, including the Great Lakes and Pacific Northwest.

The removal of Endangered Species Act protections had been in the works for years and was the right thing to do when finalized in Trump’s last days, U.S. Fish and Wildlife Service Assistant Director for Ecological Services Gary Frazer told AP.

On Friday, attorneys for the administration asked a federal judge in California to reject a lawsuit from wildlife advocates that seeks to restore protections, signaling the conclusion of Biden’s promise on his first day in office to review the Trump move.

But wolf management policies in place at the state level have shifted dramatically since protections were lifted, and Frazer suggested the federal government could take steps to restore protections if population declines put wolves back on the path to extinction.

“Certainly some of the things we’re seeing are concerning,” he said.

Some states are adopting tactics shunned by wildlife managers

Wisconsin moved quickly to reduce the state’s wolf numbers, after a pro-hunting group with close ties to conservative Republicans won a court order that allowed hunters — some using hounds — to kill 218 wolves in four days.

Meanwhile, Republican-dominated legislatures in Idaho and Montana loosened hunting rules to allow tactics shunned by many wildlife managers, including hunting wolves at night and from the air and payments for dead wolves reminiscent of bounties that drove them to near-extinction.

“We’re aware that circumstances have changed and we’ll be watching closely to see how the population responds,” he added.

The lead attorney in a lawsuit that seeks to restore protections for wolves outside of the Northern Rockies said he was disappointed in the Biden administration for not responding immediately to the push by states to cull more packs.

“Why should we hammer the population back down and lose all the gains that have been made before any kind of remedial action?” asked Tim Preso with the environmental law firm Earthjustice. “The writing’s on the wall. Montana and Idaho are clear on what they’re intending and Wisconsin is right behind them.”

Defenders of the move to lift federal protections note that efforts to put wolves under state management have enjoyed bipartisan support in Washington going back to President Barack Obama. States “are pretty good at managing their own wildlife and we would expect they would continue to do the same for wolves,” said Jeremy Evan Clare with Safari Club International, a hunting group that intervened in the lawsuit on the side of the government.

“The science drives the decision, which hasn’t changed just because the president changes,” Clare said.

Yet the policies adopted by the states reflect an increasingly partisan approach to predator management in legislatures dominated by Republicans.

The wolf population in the Midwest has grown to some 4,400 wolves. There’s been growing frustration in recent years among livestock producers and hunters over attacks on cattle and big game. In Wisconsin, a Republican-controlled board set the state’s fall hunt quota at 300 animals, rejecting a 130-animal limit recommended by state wildlife managers.

Wisconsin’s Democratic attorney general is seeking a court order to oust the board’s chairman, whose term expired in May. Democratic Gov. Tony Evers has appointed a successor, but the incumbent is refusing to step down until the Senate confirms the appointment. The Senate, dominated by Republicans, hasn’t held a hearing on the appointment.

Hundreds of wolves are now killed annually by hunters and trappers in Montana, Idaho and Wyoming. The Northern Rockies’ population has remained strong — more than 3,000 animals, according to wildlife officials — because wolves breed so successfully and can roam huge areas of wild land in the sparsely populated region.

Some state officials are intent on reducing those numbers to curb livestock attacks and protect the big game herds that wolves prey upon. Supporters of restoring protections warn that will tip the scales and reduce wolf numbers to unsustainable levels, while also threatening packs in nearby states that have interconnected populations.

An indication of how deeply federal officials are worried about the states’ wolf policies is expected in the next several weeks, when they respond to petitions filed in June to again put wolves in the U.S. West under federal protections.