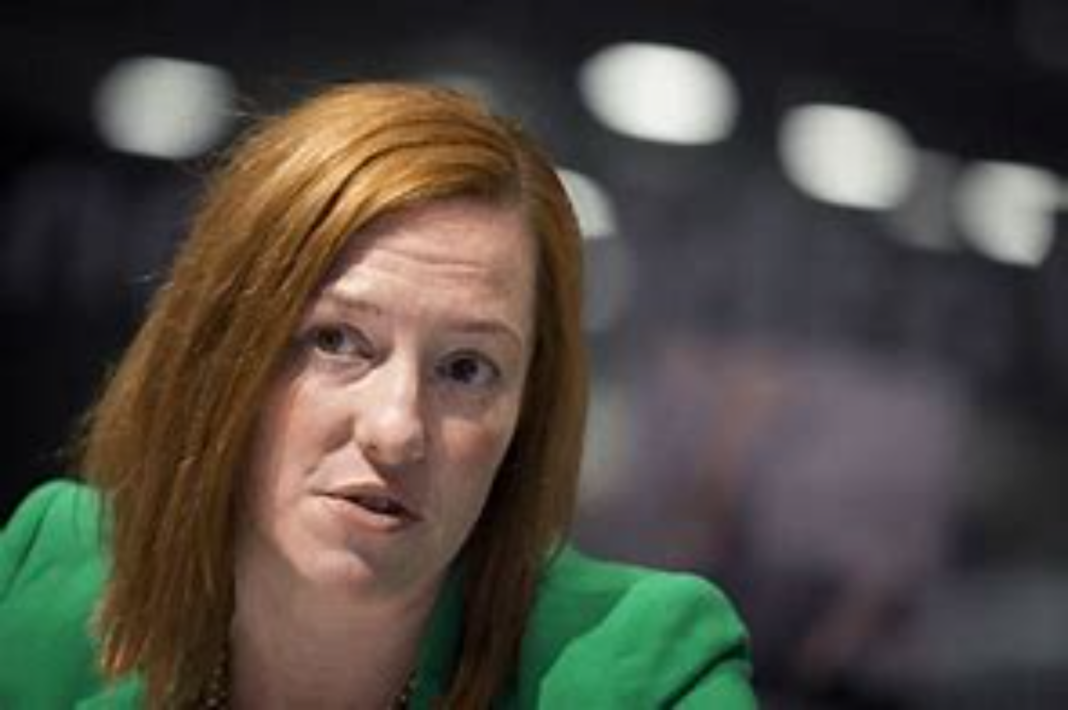 There are two questions hidden in the headline, actually. Why isn’t the White House lifting travel restrictions generally when we’re already up to our snouts in Delta? It’s hard to believe admitting visitors from abroad will make the trajectory of the pandemic here much worse at this point. We could (and should) require proof of vaccination upon entry. Simple enough.

But if the White House wants to err on the side of limiting travel from abroad, why not at least make country-by-country determinations depending upon the state of the pandemic in each? The State Department is already keeping tabs on COVID around the world and naturally not everyone is an equal risk. If anything, we’re doing foreign countries with low case counts a favor by barring their citizens from landing here and bringing a Delta souvenir back with them.

Jen Psaki announced this afternoon that restrictions will remain in effect until further notice. I can think of obvious political reasons to continue barring travel but not obvious scientific ones.

The decision comes after a senior level White House meeting late on Friday. It means that the long-running travel restrictions that have barred much of the world’s population from the United States since 2020 will not be lifted in the short term…

The announcement almost certainly dooms any bid by US airlines and the US tourism industry to salvage summer travel by Europeans and others covered by the restrictions. Airlines have heavily lobbied the White House for months to lift the restrictions and some say the industry may now have to wait until September or later for a possible revision.

The United States currently bars most non-US citizens who within the last 14 days have been in the United Kingdom, the 26 Schengen nations in Europe without internal border controls, or in Ireland, China, India, South Africa, Iran and Brazil…

The Biden administration has refused to offer any metrics that would trigger when it will unwind restrictions and has not disclosed if it will remove restrictions on individual countries or focus on enhancing individual traveler scrutiny.

Nonessential travel from Mexico and Canada is still prohibited until August 21 at the earliest even though (a) Canada is one of the most highly vaccinated countries in the world, zooming past the U.S. recently, and (b) they’re admitting vaccinated Americans again starting August 9.

What is Biden doing? Vaccinated foreigners won’t bring much COVID with them but they will bring money.

The political reason for keeping restrictions in place is the White House not wanting to feed GOP claims that Biden’s effort to end the pandemic is backsliding due to Delta. If he opens the borders to foreign travelers, he’ll be accused of being cavalier about the risk of visitors importing the virus and making the situation worse. President Trump understood the importance of borders and banning travel to try to slow the spread, Republicans will say. (Never mind that Trump moved to lift some restrictions during his final days in office, at the height of the winter wave.) Biden told us during the campaign that he’d “shut down the virus, not the economy,” but letting people in needlessly during a wave of the most transmissible variant yet proves he’s not doing everything he can to shut it down. I assume that’s the message the White House is worried about.

But again, we could demand proof of vaccination as a condition of entering. And, more absurdly, Biden is already deeply compromised on the charge of being cavalier about foreigners bringing in the virus. The RNC is right about this:

Jen Psaki says Biden is extending travel restrictions because allowing people into the U.S. “who have the Delta variant is [not] the right step.”

Yet, the Biden administration is considering lifting Title 42 even as COVID cases are spiking up to 900% at the border. pic.twitter.com/Bv4dWJE3s8

Legal nonessential travel from Mexico is closed but of course many thousands of illegals have entered the U.S. since January with the Border Patrol preoccupied having to process asylum claims under Biden’s “let the kids in” policy. How many migrants, legal or otherwise, have brought COVID into the U.S. as a result? “If you’re worried about COVID-19 and the Delta variant, the reverse policy would make the most sense — allow people in who are verifiably vaccinated by a country whose government we trust, while barring those who are unvaccinated or who cannot prove their vaccination status,” says Jim Geraghty, correctly.

The best I can do by way of a scientific explanation for barring travel is that the feds are worried about someone bringing in an as-yet-unidentified killer new variant that’ll end up fully puncturing vaccine immunity. If that were to happen and it turned out that Biden had allowed travel from the killer variant’s country of origin, Republicans would accuse him of having brought disaster to the U.S. through his lax border policies. (Biden could counter by saying that he’s just trying to boost the economy, which has been the GOP’s top priority since March 2020.)

But if that’s the play here by the White House, to avoid exposing Americans to a hypothetical variant, then travel can never resume. Until much more of the planet is vaccinated, we’ll face that risk every hour of every day.

And to make matters worse, Americans are permitted to travel to some countries whose citizens still aren’t allowed to travel here. If we’re worried about someone bringing in something super-nasty from abroad, that someone could just as easily be an American citizen who went overseas and came back as someone who lives overseas and is here briefly on vacation.

I’ll leave you with this chart showing the pace of vaccinations in the U.S. After months of only briefly interrupted decline, daily doses have leveled off and actually rose yesterday to their highest single-day number since July 3. Maybe there’s a cohort of vaccine-hesitant people who thought/hoped that COVID would disappear once enough Americans had been immunized, averting the need for them to be immunized as well. You don’t need to get your shots if everyone else has gotten theirs, right? Then the new super-contagious variant came along and foiled that plan, promising weeks or months of rampant infection to come, so the holdouts threw in the towel. Delta scared some people straight.

WHEREVER YOU ARE, YOU CAN BUILD A CULTURE OF LIFE!