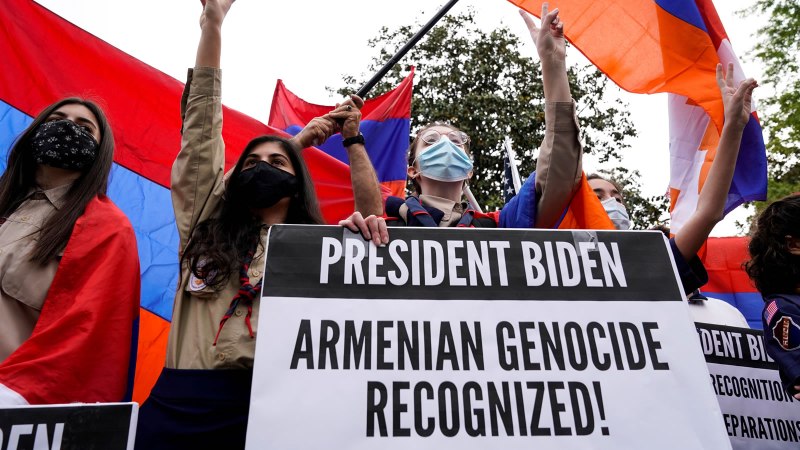 Bravo to President Biden for finally using the word “genocide” in commemorating the Armenian Genocide. (President Reagan referred to “the genocide of the Armenians” a few months after taking office, in a commemoration of the Holocaust, but neither he nor his successors ever did again until today.) I’ll resist the temptation of “even a stopped clock” snark and commend the president unreservedly for doing the right thing.

The reason for our government’s longstanding reluctance to describe the Ottoman Turk regime’s actions as genocide (the word was literally invented to describe the Armenian Genocide) was the need to placate Turkey during the Cold War. Turkey so desperately clings to the lie that no genocide occurred (claiming, accurately but incompletely, that there was a war on and people died on all sides) because without the extermination of the Armenians, and the remaining Greeks and Assyrians in Anatolia, a Turkish national state could not really exist in its current form. In other words, while today’s Turkish Republic did not perpetrate the genocide, it is the direct product of genocide, in a way that is unique in the bloody, nasty course of human history — fundamentally different from Europeans overwhelming the Indians in the Americas, or the Romans in Gaul, or the Bantu in central and southern Africa, or even the Turks themselves pouring into what we now call “Turkey” after the Battle of Manzikert in 1071.

So while the Turks’ sensitivity on the subject has a certain logic to it (unlike the ChiCom insistence on “one China”), the dissolution of the Soviet Union freed us from having to cater to them. But we persisted, seeking Turkey’s help in our expeditionary wars in the Middle East. Under President Erdogan, however, Turkey has become what can only be described as an enemy of the United States. Our “alliance” with Turkey, based on the now-all-but-meaningless NATO Treaty of 1949, is a fiction, given Erdogan’s support for and employment of jihadists in Syria, Palestine, Azerbaijan, and Libya, among other reasons.

It does not detract from Biden’s move to note that it was the culmination of a process caused by Turkey’s growing hostility toward the United States. In 2019, for instance, President Trump was still unwilling to use the G word for the usual diplomatic reasons, but congressional Republicans had had enough of Turkey’s antics, and virtually all of them joined Democrats to pass the first-ever resolution affirming the Armenian Genocide.

What’s likely to be Turkey’s response? Panjandrums like John Kerry told us for decades that moving our embassy to Israel’s capital city would result in disaster. It didn’t. The same people told us that describing a defunct regime’s actions as genocide would likewise be disastrous. It won’t.

A man who tried to kill Reagan to be released after...

Tiger Woods Had Unlabeled Pill Bottle in Car, was Combative with...