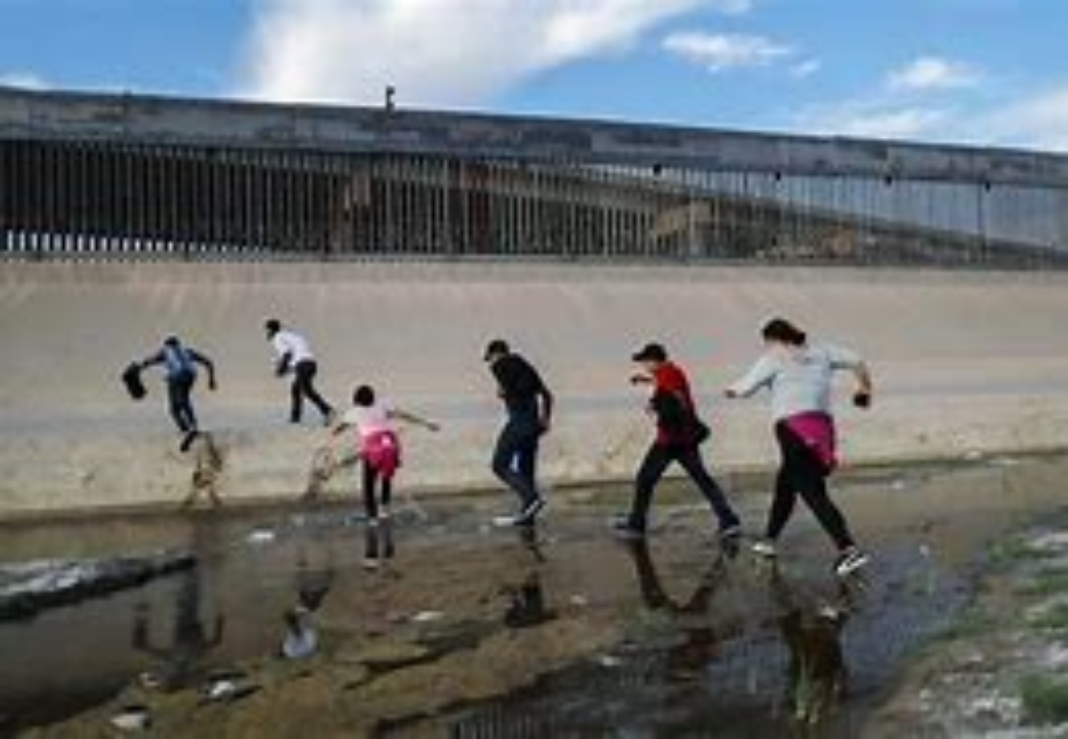 The Biden administration is devaluing the American experience by allowing illegal immigrants to flock through our southern border.

Americans enjoy citizenship either by birth or through patience and hard work. Immigrants who have traveled the painstaking and purposeful journey toward legally earned citizenship hold the most deeply ingrained sentiments of gratitude and patriotism.

My mother, Dominique, is one such immigrant. Originally from Belgium, she stepped foot on American soil for the very first time at age 9.

She knew she would have to sacrifice her favorite possessions—including her Lego collection and a shared iron bunk bed—and leave her beloved grandmother and friends.

“I wasn’t allowed to bring much,” she recalled almost 50 years later. “I had my Barbie doll case. It was red patent leather, and I dressed my Barbie doll in a travel outfit to fly.”

My mother and her father, my grandfather, first flew to Iceland, where it was freezing cold. She held her father’s hand and tightly grasped her Barbie doll case while she exited the plane.

As she stepped onto the tarmac, her doll case burst open, scattering clothes and accessories at the feet of impatient passengers.

After arriving in the United States, Dominique and my grandfather, Pierre, reconnected with my grandmother, Brigitte. She had arrived six months prior in search of work and a place to stay.

Dominique and her parents settled in a humble home in Chevy Chase, Maryland. Their neighbor, a recently widowed gentleman named Bill, baked cookies for Dominique and bought her a Madame Alexander Alice in Wonderland doll.

“I will never forget walking into his house, where he had the doll sitting on a chair waiting for me,” she said.

Bill was an ambassador of American kindness and generosity. He picked up Dominique from school in his Lincoln Continental. The car was so spacious, my mother’s 9-year-old self was unable to see the hood from the passenger’s seat.

Dominique attended the local elementary school, where she learned her first words of English by listening to her classmates. Her green card hung dutifully around her neck, even at the risk of her classmates calling her an “alien.”

“I got that taste of freedom right away,” she said.

She was in awe of the playgrounds and remembers feeling surprised that students could wear any color of clothing to school instead of the plain gray frocks she and her classmates wore at her public school in Belgium.

She spent almost every day after school with the family’s neighbor, Bill, so both of her parents could work. They worked not just to make ends meet, but to establish themselves within the American system.

When Dominique finally reached an important milestone—applying for citizenship—she did not hesitate to renounce her Belgian citizenship and become fully American.

Although my mother was born elsewhere and learned English as her fourth language, she said the United States gave her limitless opportunities and the freedom to pursue them. Because she believed in American values, she was welcomed into American culture irrespective of her foreign roots.

When I asked my mother about today’s crisis at the southern border, she said: “It’s like a violation has happened because we were doing the right thing and working so hard to pay all this money. And now we’re just opening the door and letting people in who are getting all the same benefits.”

“Yes, we are a country made mostly of immigrants,” my mother added. “But they came in a certain way and for a certain purpose. What is happening right now is undermining truly the pureness of what America stands for. If there is ever an unfairness, that’s it.”

At age 58, she says she is still proud of her U.S. citizenship.

“Illegal immigrants simply are robbed of the ability to be proud of coming to this country, working hard and earning their American citizenship,” she said.

In addition to being my mother, Dominique is one of millions who followed the rules to enter this country. Elected leaders should keep her perspective in mind as the Biden administration continues to defy the law.

An outsider’s perspective, like this one from my mother, can provide a humbling reminder that the world views America as a place of endless opportunity.

Despite the internal debates and divisions that cause many to lose sight of the blessings in the pages of our passports, the American beacon of hope still outshines other countries around the globe.