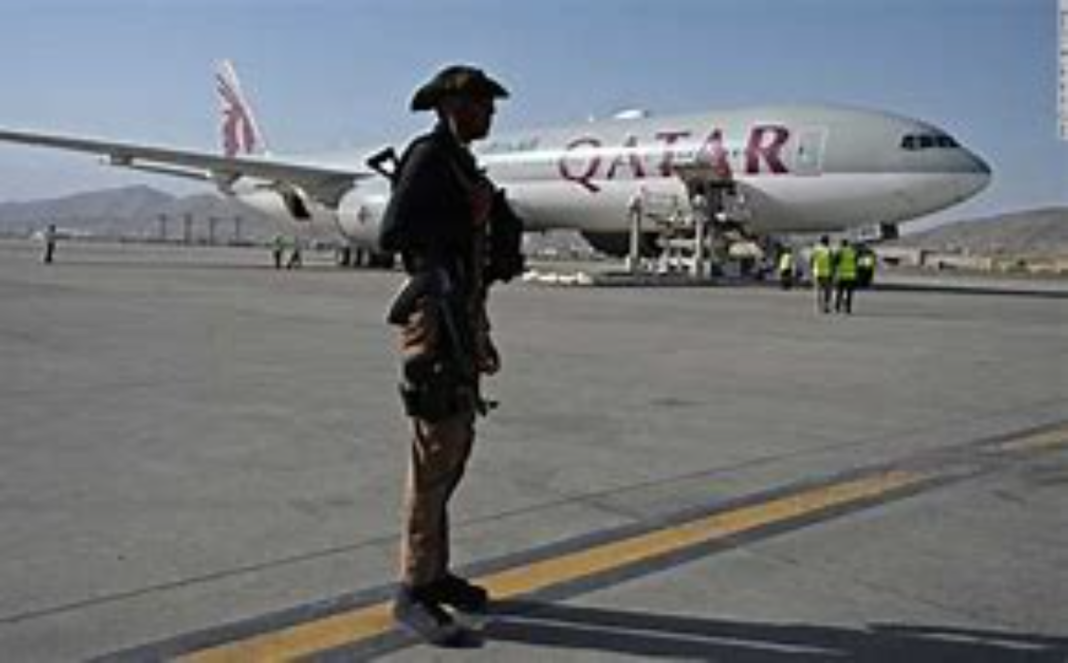 WASHINGTON — Evacuation flights have resumed for Westerners, but thousands of at-risk Afghans who had helped the United States are still stranded in their homeland with the U.S. Embassy shuttered, all American diplomats and troops gone and the Taliban now in charge.

With the United States and Taliban both insisting on travel documents that may no longer be possible to get in Afghanistan, the plight of those Afghans is testing President Joe Biden’s promises not to leave America’s allies behind.

An evacuation flight out of Kabul on Thursday, run by the Gulf state of Qatar and the first of its kind since U.S.-led military evacuations ended Aug. 30, focused on U.S. passport and green card holders and other foreigners.

For the U.S. lawmakers, veterans groups and other Americans who’ve been scrambling to get former U.S. military interpreters and other at-risk Afghans on charter flights out, the relaunch of evacuation flights did little to soothe fears that the U.S. might abandon countless Afghan allies.

A particular worry are those whose U.S. special immigrant visas — meant for Afghans who helped Americans during the 20-year war — still were in the works when the Taliban took Kabul in a lightning offensive on Aug. 15. The U.S. abandoned its embassy building that same weekend.

“For all intents and purposes, these people’s chances of escaping the Taliban ended the day we left them behind,” said Afghanistan war veteran Matt Zeller, founder of No One Left Behind. It’s among dozens of grassroots U.S. groups working to get out Afghan translators and others who supported Americans.

An estimated 200 foreigners, including Americans, left Afghanistan on the commercial flight out of Kabul on Thursday with the cooperation of the Taliban. Ten U.S. citizens and 11 green-card holders made Thursday’s flight, State Department spokesman Ned Price said. Americans organizing charter evacuation flights said they knew of more U.S. passport and green-card holders in the northern city of Mazar-e-Sharif and elsewhere awaiting flights out.

In the U.S., National Security Council spokesperson Emily Horne said Thursday’s flight was the result of “careful and hard diplomacy and engagement” and said the Taliban “have shown flexibility, and they have been businesslike and professional in our dealings with them in this effort.”

But many doubt the Taliban will be as accommodating for Afghans who supported the U.S. In Mazar-e-Sharif, a more than weeklong standoff over charter planes at the airport there has left hundreds of people — mostly Afghans, but some with American passports and green cards — stranded, waiting for Taliban permission to leave.

Afghans and their American supporters say the Taliban are blocking all passengers in Mazar-e-Sharif from boarding the waiting charter flights, including those with proper travel papers.

Zeller pointed to the Taliban appointment this week of a hard-line government. It includes Sirajuddin Haqqani, who is on the FBI’s most-wanted list with a $5 million bounty for alleged attacks and kidnappings, as interior minister, a position putting him in charge of granting passports.

The Trump administration all but stopped approval of the Afghan special immigrant visas, or SIVs, in its final months. The Biden administration, too, was criticized for failing to move faster on evacuating Afghans before Kabul fell to the Taliban.

The U.S. had also required some visa-seekers to go outside the country to apply, a requirement that became far more dangerous with the Taliban takeover last month.

“There are all of these major logistical obstacles,” said Betsy Fisher of the International Refugee Assistance Project, which provides legal services to SIV applicants. “How will people leave Afghanistan?”

She said with no clear plan in place, the U.S. government could wind up encouraging people to go on risky journeys.

In July, after Biden welcomed home the first airlift, he made clear the U.S. would help even those Afghans with pending visa applications get out of Afghanistan “so that they can wait in safety while they finish their visa applications.”

Since the military airlifts ended on Aug. 30, however, the Biden administration and Taliban have emphasized that Afghans needed passports and visas. State Department spokesman Ned Price said Thursday the administration was looking at steps like electronic visas.

Hundreds of Afghans who say they are in danger of Taliban reprisals have gathered for more than a week in Mazar-e-Sharif, waiting for permission to board evacuation flights chartered by U.S. supporters.

Among them was an Afghan who worked for 15 years as a U.S. military interpreter. He has been moving from hotel to hotel in Mazar-e-Sharif and running out of money as he, his eight children and his wife waited for the OK from the Taliban to leave.

“I’m frightened I will be left behind,” said the man, whose name was withheld by The Associated Press for his safety. “I don’t know what the issue is — is it a political issue, or they don’t care about us?”

The interpreter’s visa was approved weeks before the last U.S. troops left the country, but he could not get it stamped into his passport because the U.S. Embassy shut down.

He said Thursday that he doesn’t trust Taliban assurances that they will not take revenge against Afghans who worked for the Americans.

Sen. Lindsey Graham and Rep. Mike Waltz, both Republicans, said in a statement that hundreds of those at-risk Afghans and U.S. residents remain “trapped behind enemy lines.” The Biden administration “must provide Congress and the American people … with a plan to get them safely out of Afghanistan.”

An American citizen in New York is trying to get two cousins out of the country who applied for SIVs late last year and were still waiting for approval when the U.S. Embassy shut down. She said both cousins worked for a U.S. aid group for a combined eight years and are frightened the Taliban will find them.

“They’re scared, they feel abandoned. They put their entire lives at risk, and when the U.S. was exiting, they were told they would get out,” said the American, Fahima, whose last name and the name of the aid group are being withheld to protect her cousins. “Where is the helping hand?”

Will teen gaming clampdown deal a knockout to China’s esports?