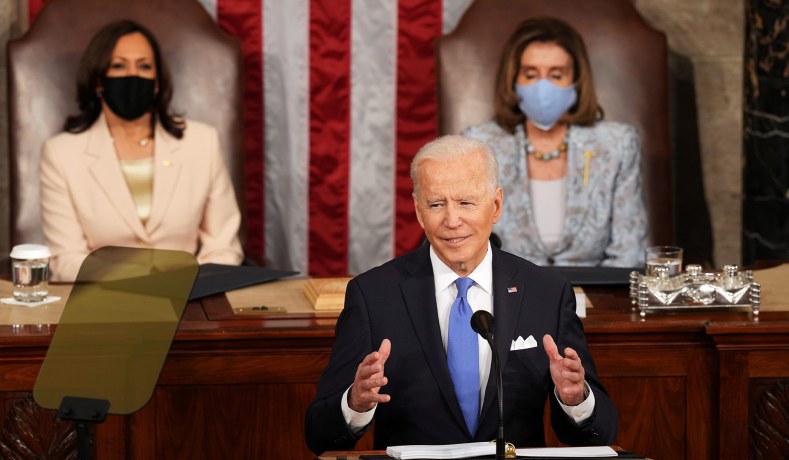 During his speech to the joint session of Congress, President Biden made the case for expanding Obamacare so that its subsidies would be more generous and cover more people. He then said:

Let’s give Medicare the power to save hundreds of billions of dollars by negotiating lower prices for prescription drugs.

That won’t just help people on Medicare – it will lower prescription drug costs for everyone.

The money we save can go to strengthen the Affordable Care Act – expand Medicare coverage and benefits – without costing taxpayers one additional penny.

This is problematic on several levels. First, there is no basis on which to claim that Medicare could save hundreds of billions of dollars by negotiating drug prices. The Congressional Budget Office has questioned whether the leverage that the Secretary of Health and Human Services would have over drug manufactures is really greater than a private plan. For instance, could a politically appointed official really issue a credible threat to walk away from negotiations over a drug, knowing that Medicare beneficiaries — a powerful voting bloc — could get angry if a given drug is not covered? In a 2019 note recounting its work on the topic, CBO said it stood by its prior conclusion that “providing broad negotiating authority by itself would likely have a negligible effect on federal spending.”

So there isn’t much to speak of in terms of savings from negotiations. And yet, Biden claimed tonight that the supposed savings would be enough to pay for an Obamacare expansion, which would cost $200 billion, according to the White House “fact sheet” released earlier Wednesday.

Biden also claimed he wants to use the phantom savings to “expand Medicare coverage and benefits”  and to do so “without costing taxpayers one additional penny.”

Biden accounting in a nutshell: manufacturing phony savings, and then using those “savings” to claim he has a magical plan to pay for hundreds of billions of dollars in liberal wish list spending.

U.S. pledges $1 billion in Ukrainian aid and to take in...

Afghanistan: Taliban continue to hunt Americans and kills Christians as...