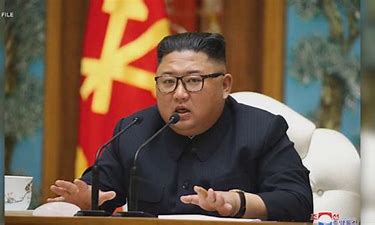 The purpose of the meeting between Yoon and Biden was to “reaffirm their commitment to jointly standing up to North Korean aggression.” That is according to a report by Politico. The lefty publication was busy swooning over Biden handling “some housekeeping” after meeting with Yoon. It reported that Biden signed a $40 billion Ukraine aid package passed in Congress. He also signed a bill addressing the infant formula shortage for low-income Americans. Buried at the end of the short piece in today’s Playbook was a mention that Joe Biden said he is willing to meet with North Korea’s little tyrant, President Kim Jong-un “if the leader of the hermit kingdom was ‘sincere’ and ‘serious.’” What?

That admission is a big flip-flop coming from Joe Biden. Ever since Trump met with Kim Jong-un during the previous administration, Joe Biden has been a partisan critic of the relationship Trump tried to build with North Korea. Biden made the mention in context to the agreement with South Korean’s new president. From Politico, “The two presidents agreed to expand combined military exercises with South Korea on and around the Korean Peninsula, which North Korea views as an act of hostility.” So, Biden’s admission that he’s open to meeting with Kim Jong-un looks like a form of appeasement, a measure that he would take to ease any blowback from increasing military exercises with South Korea. That’s my assessment, not Politico’s. Politico is a big ole cheerleader for Team Biden and Sleepy Joe.

This is the first time I’ve read of Biden’s inclination to meet with Kim Jong-un. Putting a qualifier on it – that Biden is assured that the North Korean dictator is “sincere” and “serious” is silly. How could that be measured before a meeting? Does he expect Kim Jong-un to be an honest broker in talks that would involve denuclearization? C’mon, man. Just be honest and say he’ll take a meeting. Why not? His team has been negotiating with Iran since Biden took office. He’s now begging Venezuela for oil. He’s working with the Communist Chinese. If evil and brutal dictatorships are no problem for him, why leave out North Korea?

Let’s face it, his virtue-signaling against Trump over his meetings with Kim Jong-un was for Biden’s own political gain. Trump may have been the first American president to meet with Kim Jong-un but other administrations have sent top level officials, mostly from the State Department, to try to establish some sort of working relationship with North Korea. Remember when Madeleine Albright went to visit Kim Jong-un’s father, Kim Jong Il? She attended a military parade, presented the senior Jong-un a NBA basketball, and danced the Macarena on that trip. The media loved it. That was during the Clinton administration. When asked if that administration was moving too fast to establish a connection with North Korea, she replied, “We’re not moving faster than it makes sense.”

When Obama came into office, he said he would meet with anyone, including evil dictators, because it is in the best interests of the United States to do so. Obama critics didn’t like to hear that but it’s the same attitude that Trump had. He said he’d talk to anyone. In the case of establishing an relationship with Kim Jong-un, that worked out as good as could be expected. Trump went to talk to Kim Jung-un himself, and was the first president to visit the DMZ and walk a few steps into North Korea. Biden isn’t expected to visit the DMZ during this trip. That is something past presidents have done – they go to the DMZ and get a photo op showing the divide between South and North Korea.

Has North Korea stopped it’s nuclear missile programs? No. But they didn’t when the U.S. ignored the country, either. Biden, however used the meetings to trash Trump during the presidential campaign.

Biden then seemed to contrast his approach with Trump’s and critique the former president’s decision to meet with Kim.

“What I would not do is what has been done in the recent past,” Biden said.

“I would not give him all he’s looking for, international recognition as legitimate, and give him what allowed him to move in a direction of appearing to be more serious about what he wasn’t at all serious about.”

Big talk from a feckless leader. Biden’s a national embarrassment on the world stage, something he liked to say about Trump. Every time he goes overseas (fortunately it is rare) we wait for the inevitable gaffes and missteps that we know are coming. He began this trip by addressing workers at a Samsung compart parts factory and said that Samsung is building a huge new factory in Tyler, Texas. The plant is in Taylor, Texas. Oops. Joe’s not much for details. I am a little concerned that Jill isn’t on this trip with him, though. He relies on her to take his arm and lead him around a room or help him get to where he is supposed to go. His confusion is apparent in these situations.

Perhaps Joe could send Jill to North Korea. She seems to be the go-to person for smoothing relationships with other countries. She’s currently on a Latin American tour trying to get foreign leaders to accept their invitations to Joe’s Summit of the Americas in Los Angeles next month. Ugh.