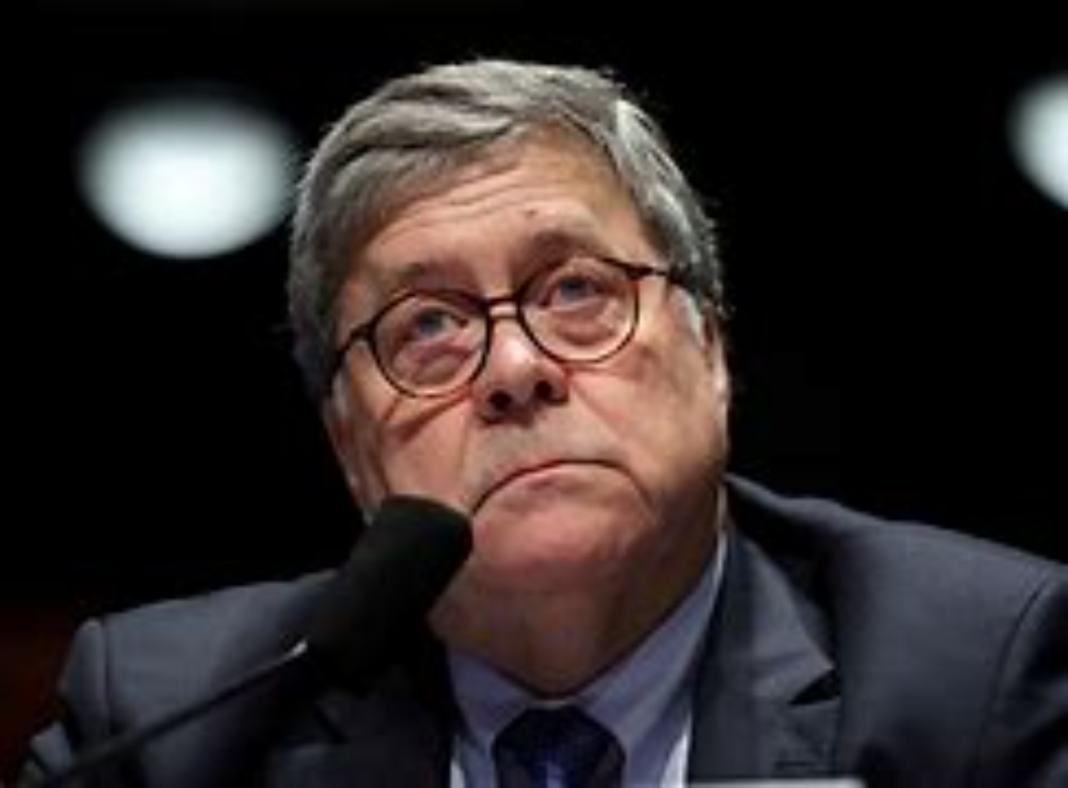 Bill Barr was believed to be a good guy for years, then after stabbing President Trump and his massive following of Trump supporters in the back, after the 2020 Election he showed his true colors.

AG Barr stabbed the majority of America in the back – those who followed President Trump and wanted to make America Great Again.  Barr ended up being a total failure and the man responsible for the corrupt DOJ and FBI being what they are today.  Instead of cleaning up the DOJ, he blessed their illegal actions.

When Barr refused to even attempt to address the massive election fraud, America knew Barr was a fraud.  Barr, like VP Pence, and AG Sessions, will go down in history as backstabbers and modern-day Benedict Arnolds.

In a piece by far-left Trump hater and reporter Johnathon Karl, Barr offers his thoughts on the election.  Barr and people like him must believe the garbage reported in the NY Times and WaPo.  He probably has never even looked for better information that is available on sites like TGP.

According to Conservative Brief:

A portion of the new book, titled “Betrayal,” was obtained by The Atlantic and it showed the break between Trump and Barr.

Barr said the break came after he told The Associated Press, “To date, we have not seen fraud on a scale that could have affected a different outcome in the election.”

“There’s been one assertion that would be systemic fraud and that would be the claim that machines were programmed essentially to skew the election results. And the DHS and DOJ have looked into that, and so far, we haven’t seen anything to substantiate that,” he said on December 1, 2020.

Karl claims that Senator McConnell was pushing Barr to publicly state there was nothing wrong with the 2020 Election:

Barr told me that Republican Senate leader Mitch McConnell had been urging him to speak out since mid-November. Publicly, McConnell had said nothing to criticize Trump’s allegations, but he told Barr that Trump’s claims were damaging to the country and to the Republican Party. Trump’s refusal to concede was complicating McConnell’s efforts to ensure that the GOP won the two runoff elections in Georgia scheduled for January 5.

Barr from the beginning thought that fraud in the 2020 Election “was just bullshit”.  No wonder he ignored it all.

Now, what will Barr do if thousands of ballots are found missing or invalid in Arizona proving that President Trump won that state?  Will Barr call it an anomaly?  Will he take back his assertion that 2020 Election fraud “was all bullshit”?  Will he call for the other swing states to be forensically audited like in Arizona or will Barr just call the Arizona results bullshit too?

Barr’s efforts to address crimes and ensure justice while AG were non-existent.  He ended up emboldening the Deep State.  Why else would he entertain multiple conversations with Johnathon Karl?  AG Barr was a failure for justice and an enabler for crime.  Obama’s corrupt DOJ moves forward thanks to Barr.

State Department: US citizens are not being allowed into Kabul Airport,...