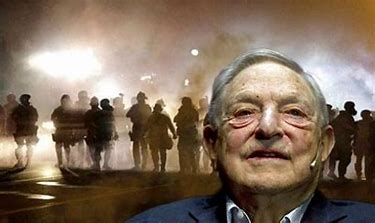 Billionaire George Soros donated $1M to Stacey Abrams’ gubernatorial campaign just a few days after she qualified to run in March. He donated the funds through a super PAC. Soros made the donation through Democracy PAC II to One Georgia, Abrams’ leadership PAC.

Donating to political candidates got a little complicated this election cycle because of a new law passed by the Georgia Legislature. Last month U.S. District Judge Mark Cohen ruled that Abrams cannot raise money through a leadership committee until she wins the Democrat Party nomination. She is running unopposed.

She and Governor Kemp were both raising money with their leadership PACs before Judge Cohen’s ruling. The ruling tells the candidates that they cannot raise money without limits with the leadership PACs until they are their party’s official candidate. Abrams can use Soros’ money after she is officially named the Democrat candidate after the primary. In other words, she can keep the money in her campaign coffers but she can’t spend it yet. That is according to David Emadi, executive secretary of the state ethics commission.

The leadership committee law that the Republican-led General Assembly passed in 2021 lets the governor, the opposing party’s gubernatorial nominee, the lieutenant governor and party caucuses create special committees to raise as much cash as they can without limits. It gave incumbents an added edge since their challengers can’t use the funds until they win their party’s nomination.

It was designed in part to give Gov. Brian Kemp, who formed his leadership committee in July, a huge fundraising advantage.

However, Cohen also recently ruled that Kemp’s committee had to suspend raising any more money unless he wins his Republican primary because it was unfair that the law allowed only one person in the race to create such a committee before winning the nomination: the governor. Kemp faces former U.S. Sen. David Perdue in the GOP primary.

Abrams will be able to use a leadership committee after she wins the nomination.

David Emadi, executive secretary of the state ethics commission, said the Abrams camp can keep the Soros contribution but not spend it until after the primary.

There are limits to how much an individual or business can contribute to a candidate. Leadership PACs get around those limits. They can raise as much money as they can for a candidate. This year Soros is giving his super PAC, Democracy PAC II, $125M to sway elections across the country. He is contributing to both Democrat groups and candidates in the 2022 midterm election cycle. Democracy PAC II is run by his son.

Statewide candidates, such as those running for governor, are currently allowed to raise $7,600 from individual donors for the primary and again for the general election, plus $4,500 per runoff.

In contrast, Kemp’s leadership committee had taken checks up to $250,000 from individual donors in its first few months of operation.

The Soros family gave $1.34 million to the Georgia Democratic Party in 2018, the year Abrams first ran for governor against Kemp.

Soros and Abrams team up to raise money for causes. The billionaire socialist and the sore loser Democrat are currently raising money for abortion groups in light of the leaked draft document from the Supreme Court. Between 2016 and 2020 Soros gave over $25 million to abortion groups.

One area that Soros’ millions have made a real impact is in local races in counties across the country, including district attorneys and prosecutors. Look no further than the mess out in California with lax sentencing and bail bond “reforms” that allow dangerous criminals right back out on the street instead of being held in jail.

Soros is putting money into Alicia Walton’s race for prosecuting attorney in the 6th Judicial Circuit in Arkansas. His PAC paid for a radio ad. Interestingly, she denied it when questioned by a reporter.

“He hasn’t made a donation to us,” she said.

“She knows people are worried about their kids’ safety and don’t trust the system to treat everyone fairly,” says the male voice of the radio ad. “It’s time for a change. That’s why she supports reforms to make our communities stronger, safer and more just. As our next prosecuting attorney, she’ll prioritize violent crime, expand diversion programs that save taxpayers money, and make sure kids who make mistakes don’t become hardened criminals. She’ll ensure there is one standard of justice so everyone is treated fairly and no one is above the law. Vote for stronger, safer communities. Vote Alicia Walton for prosecuting attorney. Paid for by Arkansas Justice & Public Safety PAC.”

The Arkansas Justice & Public Safety PAC is an independent expenditure committee backed by $321,000 from Soros, according to a report filed Monday with the Arkansas secretary of state’s office.

Walton said she had no idea that the ad was on-air and paid for by Soros. She’s been too busy putting out yard signs and campaigning, you see. The Arkansas Justice & Public Safety PAC, by the way, lists Whitney Tymas of Washington, D.C. as its officer. She is the director of Black Women Forward Action Fund. The PAC spent $106,248 in April on consulting, polling, and research, none of which was with an Arkansas entity. Alice Walton is a black woman. Her opponent is a white male who criticizes Soros’ donations to groups in favor of defunding the police.

Walton said that if they were ads for her campaign, she’s unaware of them.

“I have been so focused on my campaign, I haven’t had time to listen to the radio,” she said.

Walton said she would check into it and call a reporter back later Friday afternoon. She didn’t call back, and voicemail messages left for her weren’t returned.

Walton faces Will Jones in the nonpartisan race to replace retiring prosecutor Larry Jegley. Walton and Jones are both from North Little Rock. The election is May 24, along with the state’s party primary elections.

“It’s disappointing to see that a group like this that has consistently funded defund-the-police prosecutors and soft-on-crime prosecutors is trying to bring those types of policies to Central Arkansas, especially in light of the rise in violent crime that we’re currently dealing with,” Jones said of Soros’ support for his opponent.

Soros spent approximately $3.2 million on political contributions during 2021. This is pocket change for Soros but it is notable for an off-cycle election year. His money played a part in almost every important political race in 2021 elections. He contributed to the gubernatorial campaigns of Phil Murphy in New Jersey and Terry McAuliffe in Virginia, as well as several district attorney elections. He contributes to defund the police groups, including in Austin, Texas. He spent hundreds of thousands of dollars in that city to keep the police defunded. Soros helped get Austin’s left-wing district attorney elected.

All elections make a difference, not just big ones like presidential elections. George Soros knows it. He and his minions must be very nervous about what will likely be a red tsunami coming in November.

What’s Happening to Law and Order