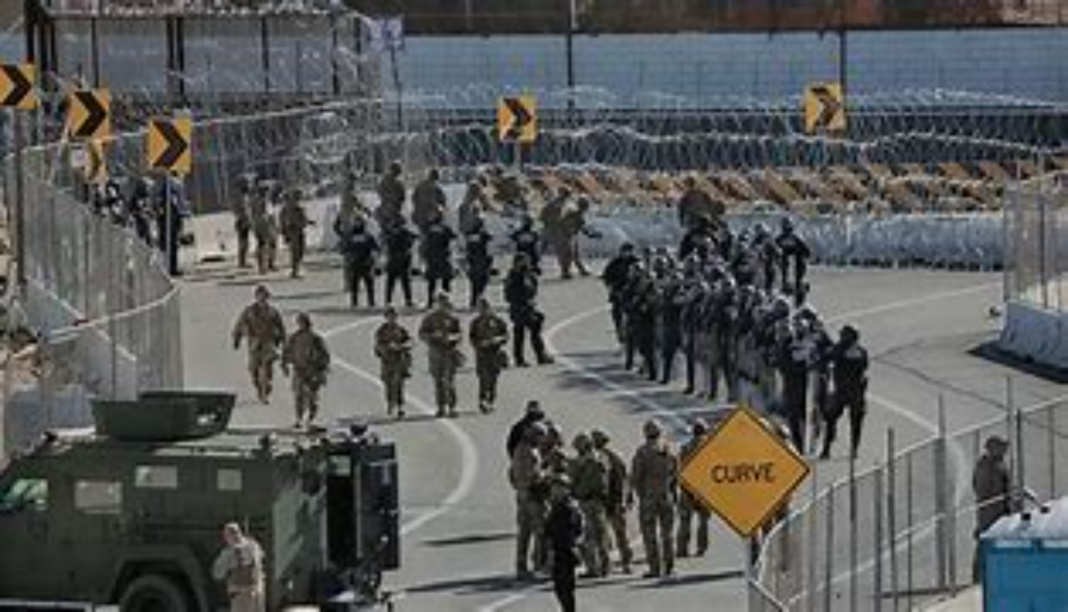 Down in Texas, where I am writing from, concerns about the border are reaching a fever pitch. However, the border crisis is a national problem, which has led to a truly bizarre turn of events: A Tennessee billionaire privately paid for 50 South Dakota National Guard troops to guard the Texas border. While the concerns about illegal immigration are valid, Noem’s approach of deploying troops sponsored by a private benefactor should trouble constitutional conservatives.

Our governor here in the Lone Star State, Greg Abbott, recently released a disaster emergency declaration and asked for help to increase arrests “for crimes related to the border crisis.” The most obvious crime “related to the border crisis” is illegal immigration. However, importantly, crimes at the border go beyond illegal entry, including drug-dealing, human-trafficking, violent crime, and property damage. But while Abbott’s emergency declaration is perfectly justified, that doesn’t mean every means of aid is justified, too.

In response to Abbott’s emergency declaration, Noem took an unspecified amount of money from a private Tennessee billionaire to fund a 30- to 60-day tour at the border for 50 South Dakota National Guard troops. Having an individual donor privately fund a state’s National Guard deployment is incredibly peculiar. Dan Grazier, a military fellow at the Straus Military Reform Project, said he’s “never heard of anything quite like this before.”

Noem probably wanted to send those 50 troops to the border anyway. In a statement reported by the South Dakota State News, Noem herself said:

The border is a national security crisis that requires the kind of sustained response only the National Guard can provide.  We should not be making our own communities less safe by sending our police or Highway Patrol to fix a long-term problem President Biden’s Administration seems unable or unwilling to solve.  My message to Texas is this: help is on the way.

However, the fact that my state needs help at the border is not at question. What is at stake is whether private individuals should have such direct influence over policy. The short answer is they shouldn’t. It’s a dangerous precedent to set, especially when billionaires already have significant influence over public policy. Secondly, the entire affair is frustratingly opaque. It’s not even known how much Willis Johnson, the Tennessee benefactor, paid for the deployment. Finally, we don’t even know if it’s legal. The New York Times reports that

Geoffrey Corn, a retired Army lieutenant colonel who is a professor at the South Texas College of Law Houston, said he had never heard of private funding for American military activity. Federal law, he said, would prohibit donors from directly subsidizing federal military activities, but it does not govern the funding of state National Guard units.

Furthermore, according to the Times, the troops themselves will not actually do much to stop border crossings:

Like the National Guard troops deployed to the Texas border by Republican governors of other states, South Dakota’s troops, Professor Corn said, will largely serve ceremonial duties, though they will have the authority to make citizens’ arrests.

In sum, Noem’s use of private funding creates more problems than it solves. It is increasingly clear that Kristi Noem may run for president, and her actions will no doubt get her headlines. However, the South Dakota governor can help border agents and get publicity without getting funding from a billionaire. She just deployed another 125 soldiers, but this time through the proper channels.

Conservatives who care about the separation of powers with clearly defined roles for local, state, and federal officials should be against Noem’s use of private-donor money. And, finally, speaking for myself as a Texan, giving a private billionaire from Tennessee any control over Texan border policy just doesn’t sit well.

Haiti: Prosecutor wants Prime Minister to be Charge for the murder...