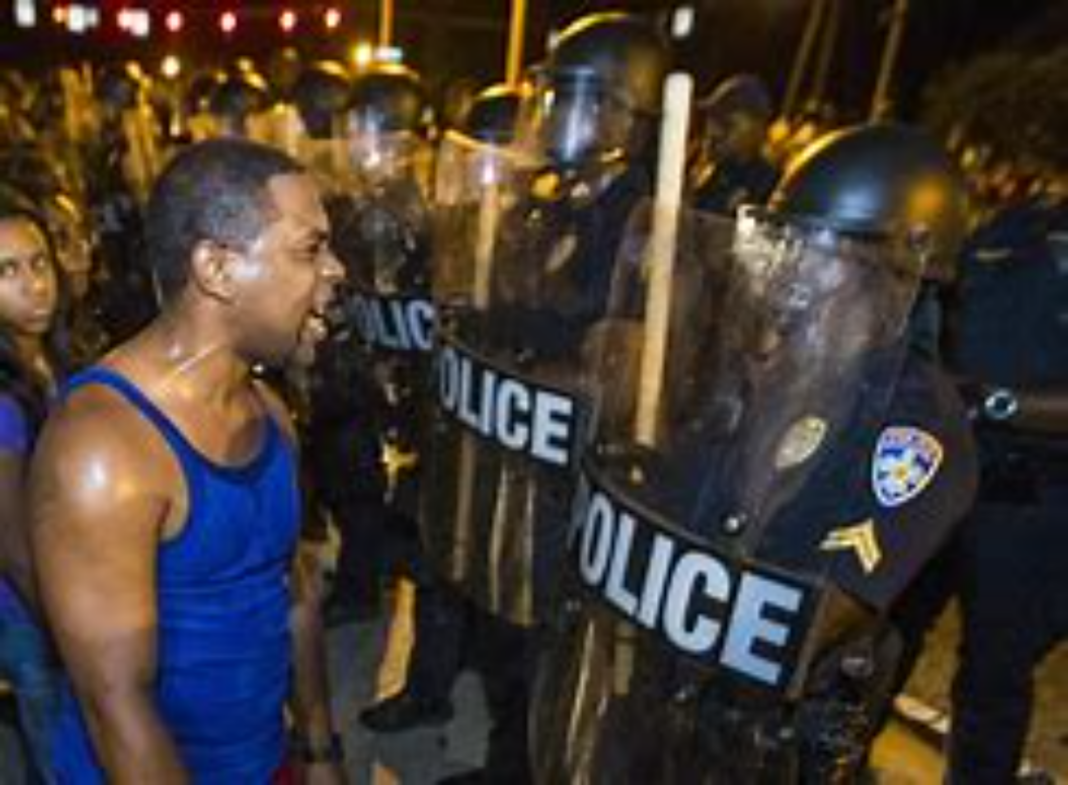 Charlotte, NC — As absurd, extreme and reckless as the American left has been on race, and despite growing public disapproval of their antics, they are doubling down rather than pulling back.

On the Fourth of July, Utah’s Black Lives Matter chapter described the American flag as “a symbol of hatred.”

Lex Scott, the chapter’s founder, was hardly sorry when called out on the statement. “Ever since we put up the post, our page has been flooded with hatred from people who fly the flag,” said Scott. “And we want to thank those people for proving our point.” It seems that all flag-waving patriots are to be lumped in with the Ku Klux Klan, because according to Scott, the Klan “proudly” waves the flag at their rallies. I’m sure it would never occur to Scott that her categorical smear smacks of the same type of shameful mindset that drives racism.

Scott’s statements are not representative of the left, you say? Well, how often have you heard a progressive condemn or even mildly criticize Black Lives Matter? Have you ever heard one criticize its Marxist roots? Aren’t you more likely to see leftists defending the organization and imploring us to understand its genuine grievances?

It’s not just Black Lives Matter — not by a long shot. Pretty much the entire leftist freight train is steamrolling its way through our cultural, educational and media institutions — even our bar associations — not to stamp out actual racism but to ensure that it thrives, to force people to obsess on it as much as they do and to divide us as a people along racial lines.

A friend’s son was given an assignment in a university writing class requiring him, essentially, to explain why white people are privileged and bad. You can nitpick over my words, but you’ve surely heard similar stories. But be careful that you don’t confirm that you’ve heard of such experiences lest you be accused of “white fragility,” you know, the unwillingness to condemn yourself as a racist for what others may or may not have done, and your audacity in disputing the narrative. Just imagine being wrongly accused of one of the most egregious sins imaginable and lifting one of your pinkies in self-defense. How dare you!

Consider a less anecdotal example. American Federation of Teachers president Randi Weingarten asserted that many GOP legislators “are bullying teachers (on the subject of race) and trying to stop us from teaching students accurate history.” She shared her views during a livestreamed conference billed as “How to Be an Antiracist.” This teacher’s union has some 1.7 million members, incidentally.

Illustrating her formidable skill at projection, she allowed that these Republicans might just be trying to “raise the temperature on race relations because of the next election.” Even more delusionally, she claimed that “culture warriors are labeling any discussion of race, racism or discrimination as (critical race theory) to try to make it toxic” — as if conservatives launched the so-called culture wars, and as if we are the ones toxifying society through endless, fraudulent stereotypical racial smears.

Apparently, Weingarten is outraged that 26 states — so far — have introduced bills or taken other action to limit or ban the teaching of critical race theory in public schools. She’s not alone. The National Education Association just passed a resolution to “fight back against anti-CRT rhetoric.” The stated intent of the broader resolution — New Business Item 39 — is to share and publicize research that “critiques empire, white supremacy, anti-Blackness, anti-Indigeneity, racism, patriarchy, cisheteropatriarchy, capitalism, ableism, anthropocentrism, and other forms of power and oppression at the intersections of our society.” Orwell was obviously a piker.

The NEA also allocated $56,500 to “research organizations attacking educators doing anti-racist work.” And they want to talk to us about bullying?

These progressive educators don’t think it’s appropriate for parents to stand up against teaching ideas euphemistically dressed up as “accurate history” even though poll after poll shows that a strong majority of Americans have a negative view of critical race theory?

I’m old enough — actually, my kids are old enough — to remember when our society overwhelmingly embraced Martin Luther King Jr.’s dream that all people be judged by the content of the character rather than the color of their skin. How far we’ve descended.

Don’t be bullied by those seeking to intimidate you with false charges of racism from standing up for your children, for accurate history and for promoting the laudatory goal of seeing and treating people of all races as individuals made in God’s image.