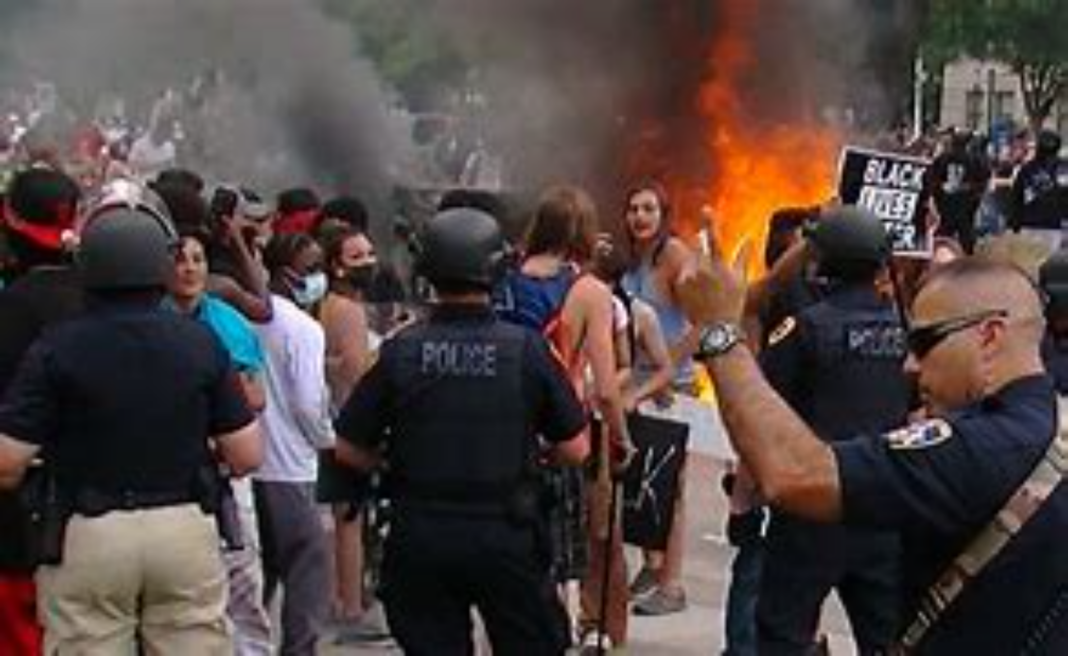 There is a Black Lives Matter movement and slogan, and then there is the Black Lives Matter organization — specifically, as Jim Geraghty details, the BLM Global Network Foundation, which is part of the Tides Center, a left-wing octopus approaching $1 billion in annual revenue. The BLM Global Network Foundation itself brought in more than $90 million in 2020 and ended the year with $60 million in the bank — nice work if you can get it. (The BLM Global Network Foundation is distinct from the Black Lives Matter Foundation, which according to Buzzfeed is not even affiliated with the movement and just soaks up money from gullible donors.) Lots of well-meaning Americans support the anodyne aspiration behind the slogan — who, after all, thinks that black lives should not matter? More than a few big corporations, thinking that they could appeal to those same aspirations, gave money to the BLM Global Network Foundation. Last summer, the Daily Signal rounded up 18 companies that either admit to giving money to the organization or made public disclosures that appear to confirm support. The list includes well-known brands such as Amazon, Microsoft, Nabisco, Gatorade, Unilever, DoorDash, Airbnb, Dropbox, Fitbit, and Tinder. (Other prominent corporate donors appear to have invoked only the slogan but chose different recipients.)

Those donors and their shareholders ought to face up to the fact that they are not giving their shareholders’ money to the slogan, they are giving it to a Marxist, anti-Semitic organization with all manner of appalling extremist beliefs. We saw that in the recent conflict between Israel and Hamas, in which the BLM Global Network Foundation backed Hamas and spread the blood libel that Israel is an “apartheid state.” And now, we see it again as the organization came to the full-throated defense of the repressive, violent, and yes, racist regime in Cuba. Not only that, the BLM Global Network Foundation statement (shown below) is chock-full of the regime’s propaganda:

BLM Global Network Foundation blames the island’s problems on the embargo rather than the government and alleges that the embargo is “undermining Cubans’ right to choose their own government” — as if the Cuban people were given a choice in the perpetuation of a communist dictatorship. One look at the protests should give you some idea of what would happen if they were allowed to make that choice. Moreover, the statement invokes Cuba’s involvement — hand-in-glove with the Soviet Union — in backing Marxists in Angola and Mozambique in the 1970s and 1980s. Let’s take a refresher on how that played out:

Mozambique became independent from Portugal in 1975 after nearly a decade-long war of independence. Its new ruling party, the Mozambique Liberation Front (FRELIMO), declared Mozambique a Marxist-Leninist state in 1977, and set itself on a course of persecuting the churches and triggering a massive humanitarian crisis by shuttering the country’s many religiously-run hospitals. In response, a Rhodesian-backed resistance movement, the Mozambican National Resistance (RENAMO), launched a civil war that would eventually claim the lives of nearly a million Mozambicans and created some 5 million refugees, about a third of Mozambique’s population. FRELIMO received Soviet support…

Independence was, [in Angola] as well, followed by a vicious civil war between the Soviet and Cuban backed People’s Movement for the Liberation of Angola (MPLA) and the South African-backed National Union for the Total Independence of Angola (UNITA), led by Jonas Savimbi. At the peak of the fighting in the late 70s and early 80s, Fidel Castro maintained anywhere from 15,000 to 40,000 Cuban troops in Angola, a major proportion of the fighting strength on the MPLA side…In 1981, the Soviet Union admitted it had military advisers in Angola, after two of them were killed in clashes with South African troops.…

Angola was also the base for “Quatro”, a notorious ANC detention centre, where dozens of the movement’s own supporters were tortured and sometimes killed as suspected spies by agents from their internal security service, some of whom were “barely teenagers”. East German trainers taught the internal security agents that anyone who challenged official ANC dogma should be viewed as a potential spy or traitor.

If support for the Stalinist regime in Cuba and the terrorism of Hamas appeals to you, by all means, give your money to the BLM Global Network Foundation. But don’t try to tell your customers or your shareholders that this is not exactly what you intended. By now, there should be no excuse for pretending otherwise.