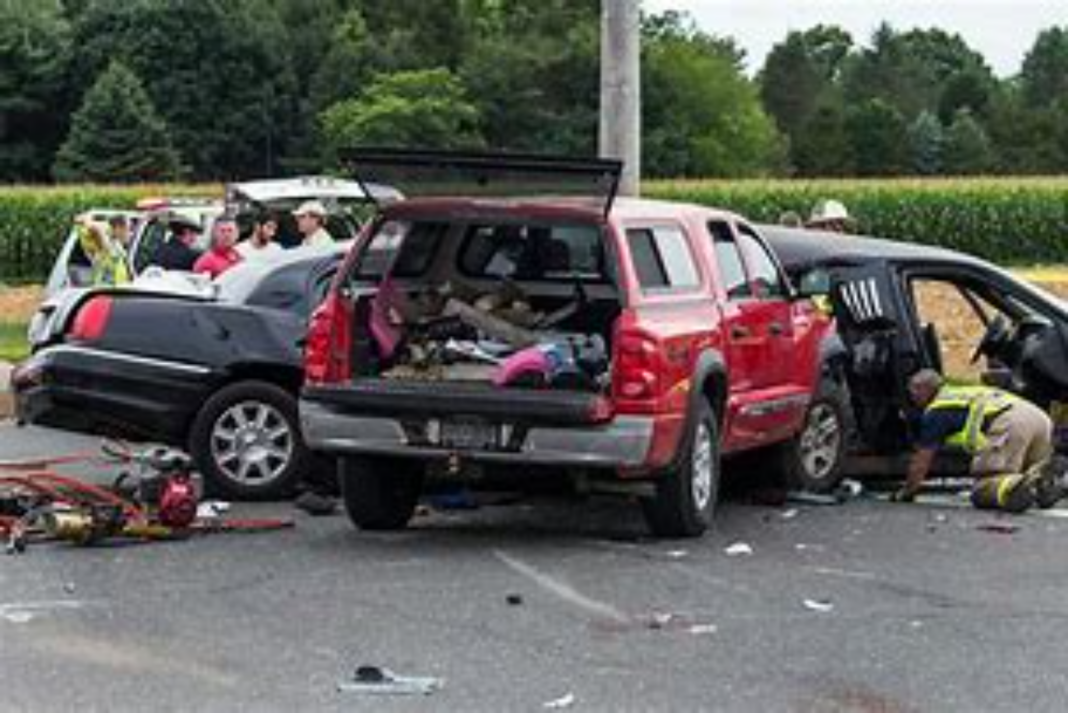 But now, brought to us by Char Adams at NBC, we see a confluence that even I wouldn’t have predicted. Infrastructure is racism. Don’t feel too bad if you’re confused, but if you give me a moment I’ll try to explain. You see, there was an alarming uptick in traffic deaths in 2020, at least according to this report. And among the victims of these accidents, a larger than anticipated percentage of the people who died in these accidents were Black. And that’s because of the roads and associated transportation infrastructure. So the roadways are racist. I can see the light bulbs going off over your collective heads already. There are major problems with this analysis, but we’ll get to that in a moment.

Black people represented the largest increase in traffic deaths last year than any other racial group, even as Americans drove less overall due to the pandemic, according to recently released data.

An estimated 38,680 people died in motor vehicle traffic crashes in 2020 — the largest projected number of deaths since 2007, according the U.S. Department of Transportation’s National Highway Traffic Safety Administration. The number of Black people who died in such crashes was up 23 percent from 2019, the largest increase in traffic deaths among racial groups, according to the administration’s report.

Norman Garrick, a civil and environmental engineering professor at the University of Connecticut, said the numbers are saddening, but not surprising.

In an effort to try to be fair to the experts quoted in this article, I’ll do my best to translate. Norman Garrick, quoted in the article, starts off by saying that “Black people tend to be overrepresented as walkers in this country.” He goes on to explain that Black people can’t afford motor vehicles. So “people that walk in this country tend to experience a much, much higher rate of traffic fatality.”

I’ll just pause here and say that while I didn’t see any numbers regarding pedestrians being struck by cars, that makes sense. And poorer people who have to use public transport tend to walk a lot more, so that certainly might be possible. Of course, the same would apply to poor people in low-income white neighborhoods, but let’s not quibble over that. Let’s move on to one of the most glaring issues with this report.

Everything that Mr. Garrick is referencing deals with the number of low-income, persons of color who are pedestrians due to their financial circumstances. Here’s a link to the Department of Transportation study being cited. I wasted my time going through the entire thing today and found a surprising fact. At no point does the word “pedestrian” even appear, at least that I could find. There are a variety of types of auto crashes and vehicle statistics listed, but these appear to be all people who died in cars. (Or in some cases after being ejected from them.)

So much for that. Another lynchpin of the linked report is the startling fact that there were more automotive deaths last year than in 2019, even though everyone was on lockdown. I’ll confess I was totally shocked by that one. How were we having more accidents when there were so few people on the road? Well, it turns out that the report very clearly states on page 9 that the fatality rates were calculated on “the total fatality rate per 100 million VMT.” The acronym VMT stands for “vehicle miles traveled.” The figures being tossed around here are not the total number of fatalities. It’s the total number of fatalities adjusted for how many miles drivers were logging.

The actual number of fatalities in vehicular collisions was well down from 2019 as you would expect. But when you look at the accidents and fatalities of different types as a percentage, there was a spike. But yet again, it’s a much smaller pool to draw on so the results tend to skew more widely in such cases.

But enough from me. Read it for yourself and see if there’s some link between what NBC is claiming and what the report actually says. As NBC’s commercials love to promote with a shooting star… “The More You Know.”