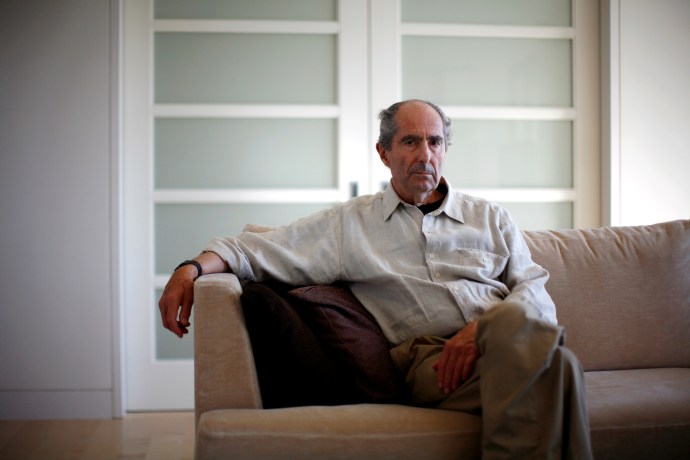 The book publisher Norton has removed Blake Bailey’s biography of Philip Roth from publication. And already existing copies are disappearing from online booksellers. In the publishing world, this is monster news. Why is it being pulled from publication? Books are sometimes abandoned by their publishers because of accusations of writerly fraud: plagiarism, or falsified research. More recently, we’ve gotten almost used to books being canceled before release, for “woke” reasons, but many of these cancellations tended to happen in young-adult fiction, which is not yet considered a literarily important genre (though it is an important part of the business). More recently Hachette canceled a memoir by Woody Allen.

But there is no problem with Philip Roth: The Biography. Arguably the book itself is the literary event of the year — an authoritative biography of one of the 20th century’s most important American novelists. Earlier this month, Cynthia Ozick called it a “masterwork” in a five-alarm rave.

The problem is the biographer. The author Blake Bailey is the subject of a variety of extremely serious allegations of sexual assault, the worst being that as an eighth-grade teacher he groomed young girls whom he later raped. Bailey has called the allegations “false, hurtful” and “libelous.” Norton’s own treatment of these allegations is also a subject of controversy.

In any case, it raises really odd questions. Should a work be dropped because the author is accused? Especially if the work itself is a valuable contribution to literature? How much artwork and scholarship are we willing to lose, demote, or denigrate in order to signal our disapproval or suspicion of the author?

Some of us were even suspecting that Roth’s work and his value as a writer could come under question given not just changing social mores, but the changed composition and self-conception of the publishing industry.

It’s also just interesting as a cultural observer to see the long arc of change at work.  Allegations of sexual impropriety deployed as a weapon against authors and artists used to be dismissed as moralism from the right. French elites notably rejected them for years. and now seem to regret this. Why? Because these charges have been transformed from abominations of lasciviousness to something like a crime against equality.

That’s reflected in Norton’s own corporate statement by president Julia A Reidhead: “As a publisher, Norton gives its authors a powerful platform in the civic space. With that power comes the responsibility to balance our commitment to our authors, our recognition of our public role, and our knowledge of our nation’s historic failure to adequately listen to and respect the voices of women and diverse groups.”

Democrats:Women to Register for Draft

IMF:Lebanon has yet to give figures for financial losses