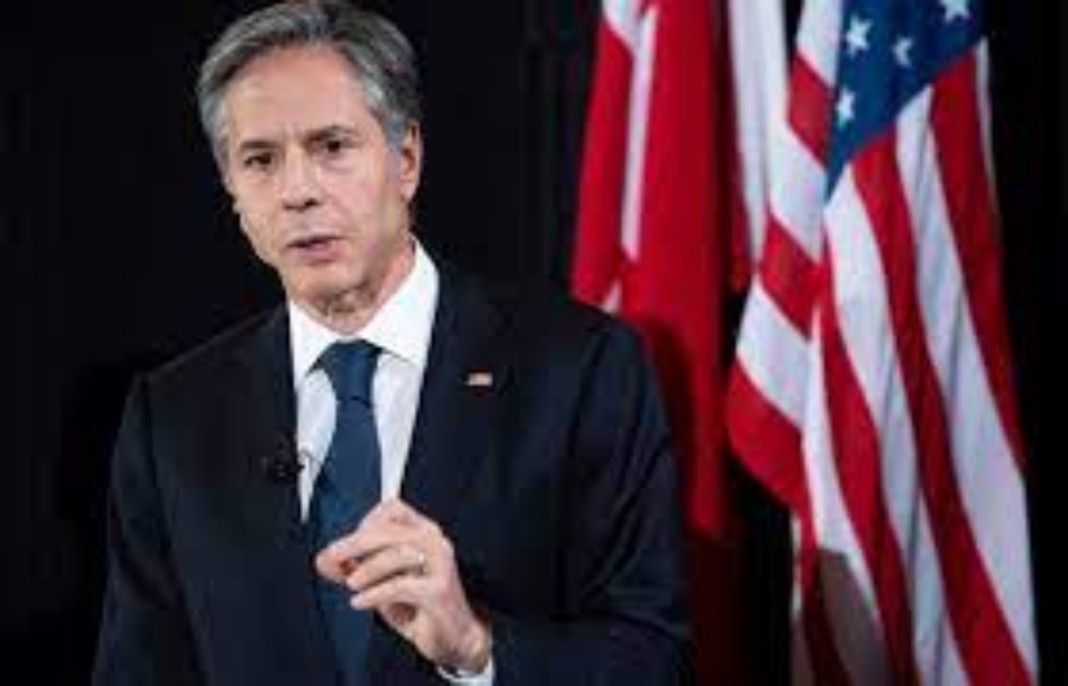 US Secretary of State Antony Blinken will travel to the Middle East “in the coming days,” the State Department said Thursday after Israel and the Hamas terror group agreed to a ceasefire halting 11 days of fighting.

The top US diplomat “will meet with Israeli, Palestinian and regional counterparts in the coming days to discuss recovery efforts and working together to build better futures for Israelis and Palestinians,” Price said.

The Walla news site reported that Blinken will visit Israel, the West Bank, Egypt and Jordan.

Palestinians inspect a site hit during an Israeli airstrike in Gaza City on May 20, 2021 following rocket fire from the Strip toward Israel (MAHMUD HAMS / AFP)

The announcement came after Blinken spoke twice Thursday with Ashkenazi ahead of the implementation of the ceasefire, which was brokered by Egypt and followed mounting international pressure to stem the bloodshed.

“Both leaders expressed their appreciation for Egypt’s mediation efforts, and the secretary noted that he would continue to remain in close touch with his Egyptian counterpart and other regional stakeholders,” Price said.

Working from hotel rooms and the airplane in the scramble for a ceasefire, he spoke to leaders on both sides, as well as from Arab nations with influence over the Hamas terror group.

The secretary “welcomed the (Israeli) foreign minister’s confirmation that the parties had agreed to a ceasefire,” Price said.

Earlier in the day Blinken announced that he was prepared to go to the Middle East “at any time.”

US President Joe Biden welcomed the ceasefire as a “genuine opportunity” for peace in a speech from the White House.

“I believe we have a genuine opportunity to make progress and I’m committed to working toward it,” Biden said. 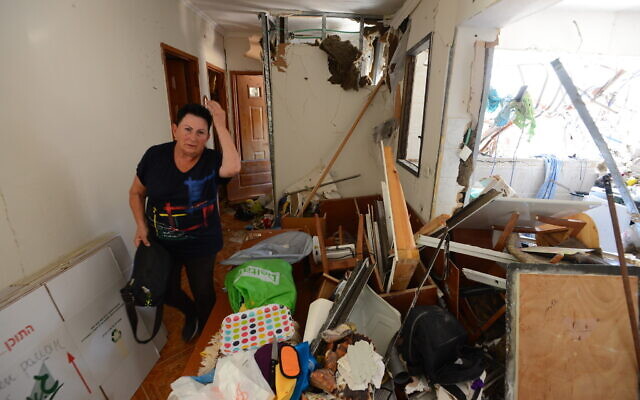 An Israeli in her home after a rocket hit from the Gaza Strip, in the southern city of Ashdod, on May 18, 2021. (Avi Roccah/Flash90)

The Israeli army said Hamas and other terror groups in Gaza have fired more than 4,300 rockets towards Israel, which have claimed 12 lives, including two children and an Israeli soldier.

Israeli retaliatory strikes on Gaza have killed 232 Palestinians, including 65 children, as well as fighters, and have wounded another 1,900, according to the Gaza health ministry. According to the IDF, more than 120 of those killed were members of Hamas and over 25 were members of the Palestinian Islamic Jihad as of Monday night. The IDF also says some of the Gaza civilian fatalities were killed by the terror groups’ own rockets falling short and exploding in Gaza. The ceasefire also included Gaza’s second-most powerful terror group, Palestinian Islamic Jihad.

Ashli Babbitt: Shooter left his loaded handgun in a public...