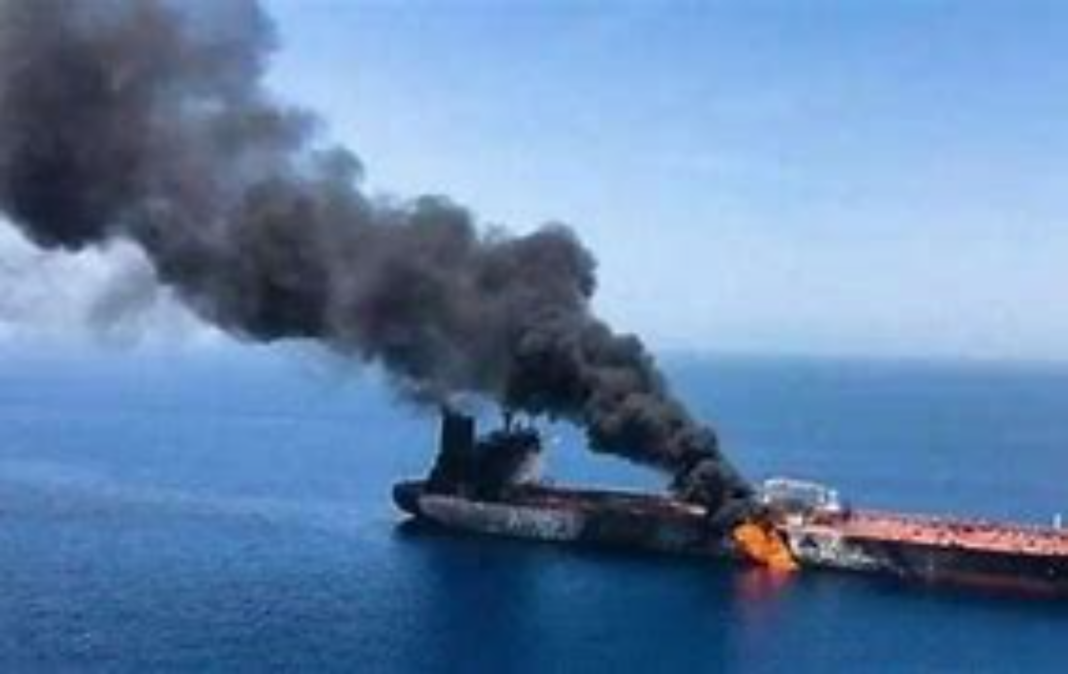 US Secretary of State Antony Blinken has promised there will be a “collective response” to the attack on the Israeli-operated tanker off Oman, which Washington blames on Tehran, as Iran vowed a response of its own to any threat.

Blinken once again blamed Iran for the incident, arguing that it “follows a pattern of similar attacks by Iran, including past incidents with explosive drones.”

Speaking at a briefing on Monday, he also said that, following a “thorough review,” Washington was “confident” Tehran is to blame in this case. However, he did not present any new evidence pointing to Iran.

Instead, Blinken accused the Islamic Republic of acting with “tremendous irresponsibility when it comes to… threats to navigation and commerce.” The secretary of state then said that Washington was still “coordinating with our partners and consulting with governments in the region,” including the UK, Israel, and Romania, to prepare what he called “a collective response.”

Blinken’s statement echoed his own comments on Sunday, when he first directly accused Iran of being behind the attack and vowed an “appropriate response” to the incident. The US is yet to announce any specific steps.

Last week, the Israeli-operated tanker MV Mercer Street was targeted by what the US Navy’s Fifth fleet quickly designated a “suicide drone” as it was sailing off the coast of Oman. Two people were killed in the incident – a Romanian captain and a British security guard.

Israel was one of the first nations to blame the attack on Tehran, demanding a harsh response to the incident. London said on Sunday it was “highly likely” Tehran was behind the assault and summoned the Iranian ambassador on Monday to demand Iran “cease actions that risk international peace and security.”

Tehran has repeatedly denied involvement, while slamming the US, British, and Israeli statements as “false” and “contradictory” accusations and demanding that proof of its supposed involvement be presented to the public.

Iran’s Foreign Ministry spokesman, Saeed Khatibzadeh, said on Monday that his nation would not hesitate to protect its national security and interests should any threat arise, as he warned the three nations against any “adventures.”

Culling herds can be a blow for cattle ranchers as drought...