Roce Today – Politics, Opinions, Gun Rights,Pro-Life and Border Wall
Home Politics BLM: Fake Judges are the main cause of Crime around the Country 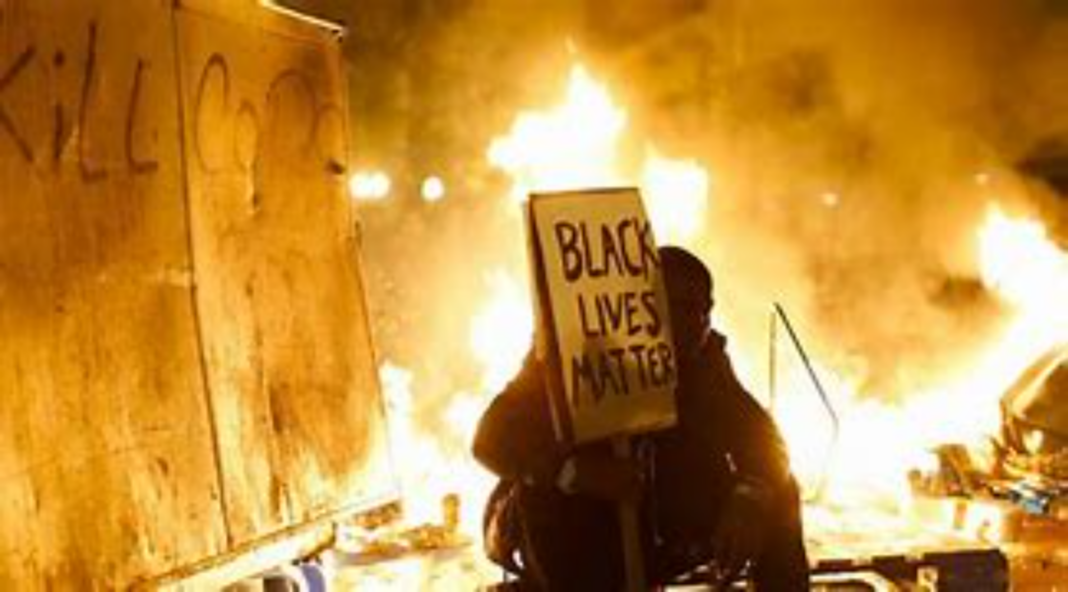 The Black Lives Matter movement and attendant anti-police hysteria are the main reason for skyrocketing crime across America. But there is a second factor that needs to be exposed and condemned: soft-headed judges who don’t take seriously their obligation to protect the public.

Scott has been covering the infuriating case of Alexis Saborit, an illegal alien who beheaded his girlfriend in a Minneapolis suburb while she was driving him to court to make an appearance in an arson case. Another homicide has been making the news here, too: Man let out of prison early is charged killing wife, captured in NW. Minnesota after weeks on the run. Note that what follows is from the Minneapolis Star Tribune, a notoriously left-wing newspaper. But maybe even liberals are getting fed up with out-of-control crime:

Reinbold was wanted in connection with the death of 34-year-old Lissette Reinbold on July 9. The second-degree murder charges filed Friday in Pennington County District Court say Eric Reinbold was angry at his wife, accusing her of cheating on him and rejecting his demands for sex.

Lissette Reinbold’s body was found by one of her children that morning next to her vehicle, the charges read. She suffered multiple stab wounds to her neck, torso and upper extremities, the criminal complaint noted.

So it’s another domestic homicide. What is infuriating is the role played by our criminal justice system:

Her death occurred less than four months after her husband was granted an early “compassionate release” from federal prison, where he was serving time for possessing pipe bombs. His sentence initially called for him to be locked up until February 2022.

So Reinbold was a would-be pipe bomber whose violent proclivities led to a federal prosecution. Why was he let out of prison early?

He was sentenced to five years in prison. However, over the objections of prosecutors, U.S. District Judge John Tunheim granted Reinbold an early “compassionate release” in March 2021 from the federal lockup in Oxford, Wis.

The defense argued that Reinbold’s health issues, like high cholesterol and borderline high blood pressure, made him especially vulnerable to contracting COVID-19 while incarcerated.

This is insane. I suppose there are 50 million Americans (including me) who have borderline high blood pressure and high cholesterol. And if Reinbold had contracted covid–a risk to which people are exposed outside of prisons, too–his chance of survival would have been more than 99 percent. So for this, he was given a “compassionate release.” How about some compassion for members of the public, including his wife and children, who, it turns out, he had tried to murder previously? For liberal judges, compassion is a one-way street. It applies to criminals only.

What follows is, frankly, too dumb to deserve comment:

The filing also pointed to his wife’s medical challenges as she cared for their children while staying employed.

Yeah, so the pipe bomber was going to take great care of his children. Oops, he murdered their mother. And it turns out that he previously had tried to kill them all:

Eric Reinbold’s criminal history also includes a conviction in 2015 and a brief jail sentence for ramming his truck into a car that was occupied by his wife and two children.

On top of all of this insanity, it turns out that Reinbold had already had covid when he got his “compassionate release” from prison!

Prosecutors countered that Eric Reinbold had already contracted the virus and recovered. They also noted that the prison was virus-free at the time of their filing. “Reinbold is an active man in generally good health who appears to have recovered from COVID-19 without further incident,” the filing read.

So, for absolutely no reason, federal judge John Tunheim freed would-be pipe bomber and car rammer Eric Reinbold to prey on the public, and, as it turned out, his own family, whom he had previously attacked. Thus Lissette Reinbold’s body was found by one of her own children with “multiple stab wounds to her neck, torso and upper extremities.”

Nice going, Judge Tunheim. The Star Tribune story doesn’t mention it, but Tunheim is a liberal Democrat, appointed to the federal judiciary by Bill Clinton. Soft-headed judges like Tunheim who put ideology and pro-criminal sentiment over public safety deserve to be named and shamed. This is an issue around which the public needs to be mobilized, and my organization is launching a campaign to inform the public about feckless judges like John Tunheim and to mobilize opposition to pro-criminal judging. Watch for it.

Meanwhile, if you want to know more about how a once-great American city has descended into chaos as a result of incompetent leadership, here is the cover story in the Summer issue of Thinking Minnesota that is just now hitting mailboxes: Freefall: State and Twin Cities leaders dither while vulnerable residents live in fear and increasing danger.