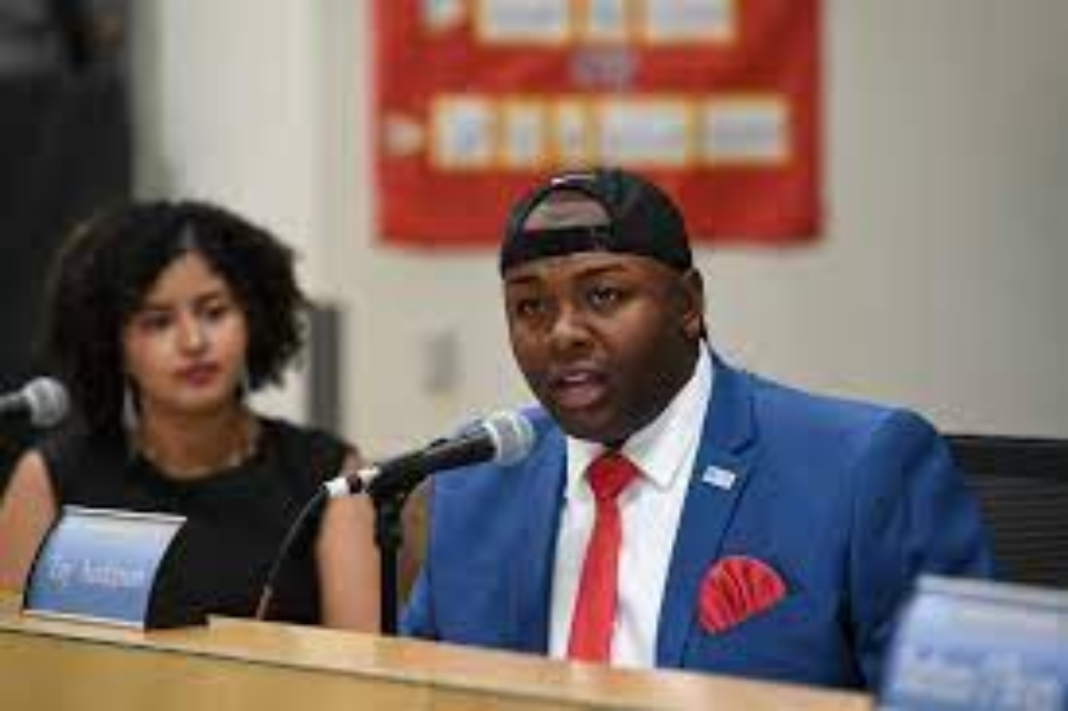 A local Denver school board member, Black Lives Matter protest leader, and anti-gun activist is facing dozens of accusations of sex abuse, rape, harassment, and “inappropriate behavior” from a variety of community members, including 62 high school students and illegal aliens in the DACA program, at least one as young as 14.

Tay Anderson is denying the allegations and hopes to continue his work on the school board and in activism, but more victims continue to come forward. He is now stepping aside from his duties while the investigation continues.

Denver school board member Tay Anderson said Sunday he would step back from “everyday board functions” until an outside firm hired by the school district completes an investigation into sexual assault allegations against him.

In a separate statement, the school board clarified that Anderson will still vote on key matters, including the selection of a new superintendent, which is set to happen June 3. A Denver Public Schools spokesperson said Anderson’s stepping back means Anderson will not attend school or district meetings with staff or students.

Anderson announced his decision two days after the school board announced it was aware of new allegations against him.

Anderson is under investigation by an outside firm hired by Denver Public Schools. The district launched the investigation after the civil rights group Black Lives Matter 5280 said in March that a woman came to them to report that Anderson had sexually assaulted her.

Separate from that accusation, former members of anti-gun violence group Never Again Colorado said that Anderson engaged in inappropriate behavior when he was the group’s president in 2018.

Then this week, Denver parent Mary-Katherine Brooks Fleming testified before a Colorado legislative committee that 62 young people, nearly all of them current Denver high school students, came to her starting in August seeking help and protection from a specific man “in a position of trust.” She said they had experienced abuse ranging from unwanted touching to violent rape.

Anderson has consistently denied all allegations against him. He said Sunday that he expects to be cleared and return to all his duties.

Denver Public Schools acknowledged Friday night that its board and the Denver Police Department are aware of new sexual assault allegations against school board member Tay Anderson after a woman testified this week before a legislative committee about a sexual predator within the school system who has targeted students.

On Tuesday, Mary-Katherine Brooks Fleming, a parent of three DPS students, told the state House Judiciary Committee there is “a sexual predator targeting DPS children” during her public testimony in support of a bill that would make it easier for victims to sue institutions who employ child sexual abusers.

Brooks Fleming told the committee 62 people had come to her for help regarding a single individual, but she did not name that person. Their experiences ranged from unwanted touching to “violent acts of rape,” she said. Sixty-one of them lacked documentation or were recipients of the Deferred Action for Childhood Arrivals program, and the youngest was 14, she said.

“Those who came to my home didn’t have health insurance, couldn’t afford emergency rooms, and even if they could, they wanted to avoid mandatory reporters for fear that such an interaction could jeopardize their family,” Brooks Fleming said in her testimony. “It is horrifying to realize that someone had preyed on these children, knowing their silence was guaranteed.”

In a statement emailed to The Post on Friday night, the Denver Public Schools Board of Education stated, “The Board was made aware of testimony at the Colorado Capitol this week and was later informed that the accusations were against Director Tay Anderson. The Denver police are also aware of these accusations.”

The Denver Police Department’s investigators have spoken with Brooks Fleming about her comments, but they have not heard from any victims, Jay Casillas, a department spokesman, said in an email to The Post.

“If someone is a victim, we encourage them to contact Denver Police,” Casillas wrote.

Anderson, who has been under investigation by the school district for a single sexual assault allegation since early April, referred questions to his attorney, Christopher Decker. Decker denied the allegations on behalf of his client.

In a statement to The Denver Post, Decker wrote, “Nothing is worse or more unacceptable than the harm caused by sexual assault upon our children, or the related harm caused by not believing those who have been victimized in this way. This is also why false assertions of these horrible crimes act to cheapen and diminish its importance. It is because of these two truths that responsible people and organizations must carefully investigate such inflammatory claims completely, and with an open and fair process.”

Brooks Fleming, who is active in Denver’s social justice community and who has volunteered at Blue Bench, a nonprofit organization that aids sexual assault victims, previously had declined to name the person she was accusing to The Post.

Anderson has been under scrutiny for an alleged sexual assault since March 26 when Black Lives Matter 5280 published a public statement saying a woman came to the group in February to report that Anderson had sexually assaulted her. The statement said the woman wanted Anderson to issue a public apology and to seek help from a licensed professional.

In a news conference two days later with Decker at his side, Anderson denied the allegation, saying he was not aware of any situation that could be construed as sexual assault. He also welcomed any investigation into the accusation.

The Denver Public Schools board hired the Investigation Law Group, an outside firm, to investigate the situation. On May 18, the school board said the firm was conducting final interviews and was expected to produce its report within the next 30 days. However, Brooks Fleming’s testimony came after that announcement was made and on Friday the district said the investigation remains open.

Anderson is attempting to play the victim, saying a web hacker has orchestrated all of this, as KDVR FOX 31 reports:

Anderson’s attorney, Chris Decker — who’s also a FOX31 legal analyst — said in a statement that no one has come forward with any more information about the allegations, including some brought forth in March, and that police have not contacted him, either.

Decker also said “a known racist criminal web hacker … claims (to me and others) to have orchestrated these false allegations against Director Anderson” — information he said has been reported to police.

“On behalf of Director Anderson, I ask only for a responsible and thorough investigation of these concerning matters and assure the public that if that is done, he will be cleared of any and all wrongdoing,” Decker said. “The only thing worse than sexual assault on children, or the denial or coverup of the same, is weaponizing false claims of sexual assault and irresponsibly publishing or concluding it has happened when it has not.”

Anderson released this generic statement via his Twitter page, but doesn’t address any of the accusations:

Anderson was apparently injured by police when protesting against a homeless camp clean up. He vowed that the “City of Denver, you fucked with the wrong person” while wearing his official school board name badge.

Oh but it gets better for Mr. Anderson! Back in 2018 he was found guilty of retaliation after someone came forward with another set of accusations of abuse. Westword reports:

But Anderson, 22, acknowledges that a May 2018 Denver Public Schools investigation found that he had engaged in retaliation while advocating on behalf of former Manual High School Principal Nick Dawkins, whom the district had investigated following employee complaints of harassment and bias. A Dawkins accuser tells Westword that retaliation took the form of social media posts aimed at her that began appearing the previous month. She viewed it as harassment of a person who’d made claims of harassment.

“In early 2018, I worked at Manual High School as a paraprofessional,” Anderson says in a statement provided to Westword. “During that time period, I posted my concerns about another Black leader leaving Denver Public Schools on several social media channels. I was informed that my social media activity could interfere with the investigation regarding that leader. When I continued to speak out on social media, it was determined that my actions were retaliatory.”

Anderson was a prominent figure during the George Floyd protests last year.

Among his many other stunts are when he vowed to stay seated during the Pledge Of Allegiance at school board meetings.

Anderson held this press conference the other day:

All suspects are, of course, innocent until proven guilty in a court of law.