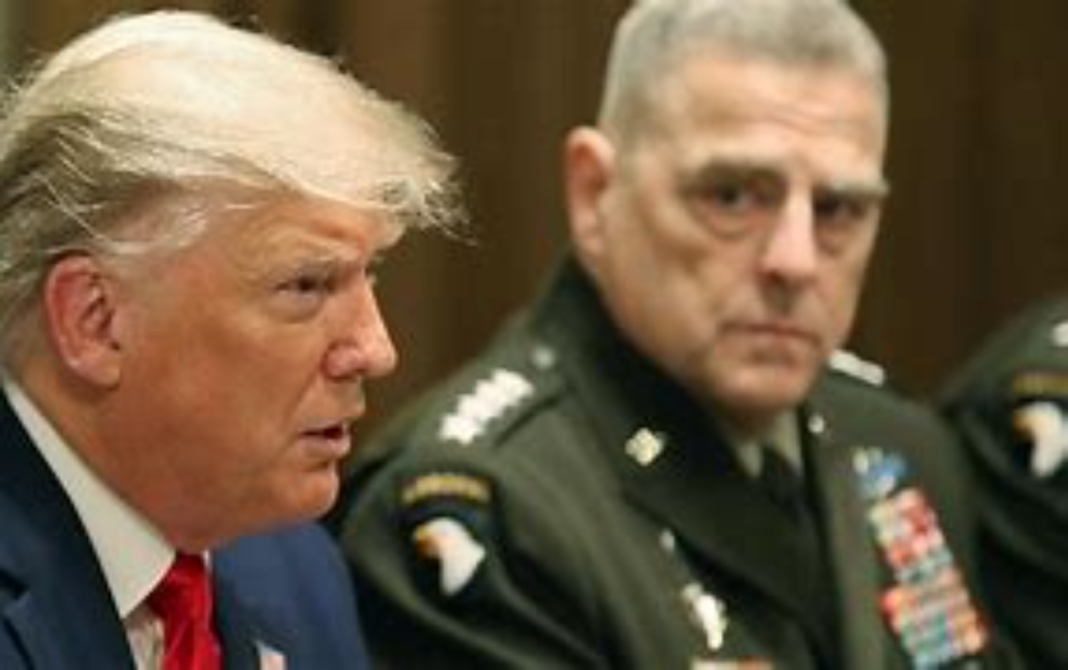 Bob Woodward thinks General Mark Milley’s secret talks with the Chinese military were “courageous.” In the face of the existential threat that Donald Trump posed to the republic, “the one courageous person who did something was General Milley,” the Washington Post journalist told Stephen Colbert in a Tuesday night interview.

And what was that act of courage, exactly? Among other things, it included a high-ranking military official going behind a sitting president’s back to open a line of communication with the general of a hostile foreign power’s military — in this case, General Li Zuocheng of the People’s Liberation Army. An unelected leader intentionally undermining a democratically elected one; you know, for the sake of democracy.

In Milley’s — and Woodward’s — mind, this was an act of patriotic concern for the common good: Without the general’s intervention, we’re told, Trump might have started a war with China. Milley wasn’t “seizing power,” Woodward told Colbert. Rather, he was “putting in precautions to make sure, if Trump’s going to blow up the world or do something that’s against American interests or in fact against Trump’s interests, he’s going to at least be there at the table saying, ‘No!’”

But of course, seizing power was exactly what Milley was doing. The nation’s highest-ranking military officer was taking matters into his own hands because he trusted his own judgment better than that of the man that Americans had elected to preside over the federal government. As the editors of National Review wrote last week, “Generals don’t get to have their own personal foreign policies. Period. They answer to the elected branches, and they must carry out every lawful directive and policy set by the people’s representatives.”

Woodward might call Milley’s violation of this principle courageous. Others would call it outrageous. Regardless, the justification the general offered for his actions was absurd on its face: Trump was erratic, emotionally immature, and prone to mood swings, yes, but he was not a warmonger. (David Harsanyi made this point at further length last week.)

More importantly, Donald Trump was the president of the United States. Mark Milley was not. The chairman of the Joint Chiefs of Staff might be convinced that his leadership would have been more sound than that of the man that Americans sent to the White House in 2016, but — as luck will have it — our Founders gave us a political system in which unelected appointees don’t get to make those kinds of determinations.

Woodward may not care much for the principles of American government. General Milley certainly doesn’t. But that’s the nice thing about America: Self-government means that we don’t — or shouldn’t — have to give a damn about what septuagenarian has-been journalists and military brass with savior complexes think.